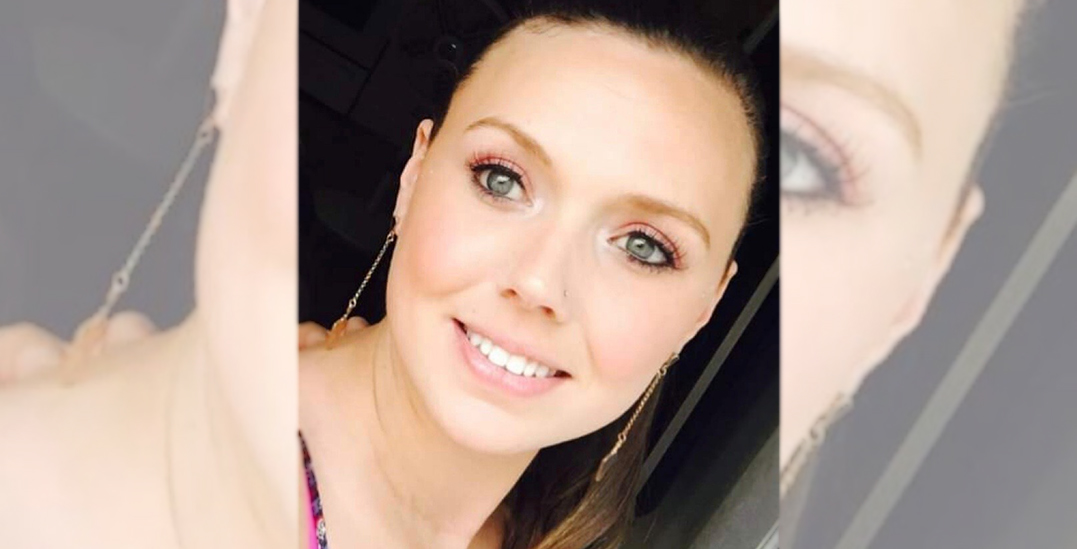 A woman who died after being found with gunshot wounds inside a car parked in a Surrey alley exactly one week ago today has now been identified by police.

Last Thursday, December 3, just after 5:30 am, Surrey RCMP responded to a report of a single-vehicle collision in an alleyway on the 13700 blocks of 75A Avenue.

Baines “was located with critical injuries, suffering from an apparent gunshot wound,” said Surrey RCMP at the time. Despite efforts by first responders, the woman succumbed to her injuries.

“The investigation is progressing quickly and we are well on our way to building a strong case,” said IHIT Cpl. Frank Jang on Thursday. “We have spoken with many of Ellie’s friends and family but we are also aware there may be someone who we have yet to speak with that may have information about her recent activities. We urge that person to come forward.”

Jang said evidence gathered to date suggests that this was an isolated incident, and not related to drug nor gang activity.

“There is no reason to believe there is further risk to public safety as a result of this incident,” he added.

As part of their appeal for help and information in the case, a statement from Ellie’s mother Heidi has now been released. It is in full below:

On Thursday December 3, 2020, our family was shocked and saddened to be informed that our beautiful daughter Ellie had been tragically and violently taken from us. She was driving home from dialysis in the early hours of the morning. Her car was found off the road and she had received and eventually succumbed to gunshot-inflicted wounds. That is not how we would like to remember our daughter. She was much more than a victim of a homicide.

Ellie was born in Surrey, B.C. in 1991. Her life from the very beginning was not easy and she spent many years in foster homes in the Fraser Valley; back then her name was Lisa Marie. In 2002, we were blessed to have her come home to her forever family. She in fact chose the name, Ellie.

Ellie became part of our family. She was the second oldest of six children. Her teen years were spent on Vancouver Island in the Cowichan Valley attending Duncan Christian School. She made friends easily. She was your typical strong-willed teen that liked to tug at the reigns. As she was living her teenage years, she became ill and was soon diagnosed with Nephrotic Syndrome, which is a disease that attacked her kidneys. We spent many months in B.C. Children’s Hospital hoping the disease would go into remission. That never did occur. When she was 21-years-old, she had a kidney transplant and we were hopeful that her luck had changed. Sadly within months, the disease attacked her new kidney and she had to return to dialysis. At the time of her death, Ellie was receiving dialysis three times a week during the night. On Mondays, Wednesdays, and Fridays, she would check into Surrey Memorial overnight and receive her dialysis.

Our girl was never one to let life keep her down. Throughout all her illness, she managed to receive a mental health worker certificate from Stenberg College. She also successfully completed her Medical Office Assistance Program while working at Granville Toyota. After that, she worked at Royal Columbian Hospital, a couple of doctor’s offices, and Cascadia Metals. Many of the jobs she held were short-term because it was hard to have energy after dialysis. Shortly before Covid hit, she had started quite a resume as an extra on such Vancouver-based films as Riversdale, Super Girl and many others. I am sure if you worked with her you would remember her smile, her wit and her laughter. She was a stunning woman, whether she chose to be blonde, brown, or black-haired.

As much as she enjoyed curling up to watch Netflix, she enjoyed going out and partying with friends; even spending weekends in Whistler and Kelowna. She was known to love a good Bellini, or a Cranberry and Vodka.

Our trips to West Edmonton Mall where we would shop and ride the roller coasters are some of our favourite memories. She was a proud momma to her Shitzu-Terrier cross dog named Kobe, who she would dress up and take out for walks or to restaurants.

This is just a small snapshot of our daughter. If anyone knew her or worked with her and can share any information, even something small, please share it with the police so we can put our girl to rest with some answers.