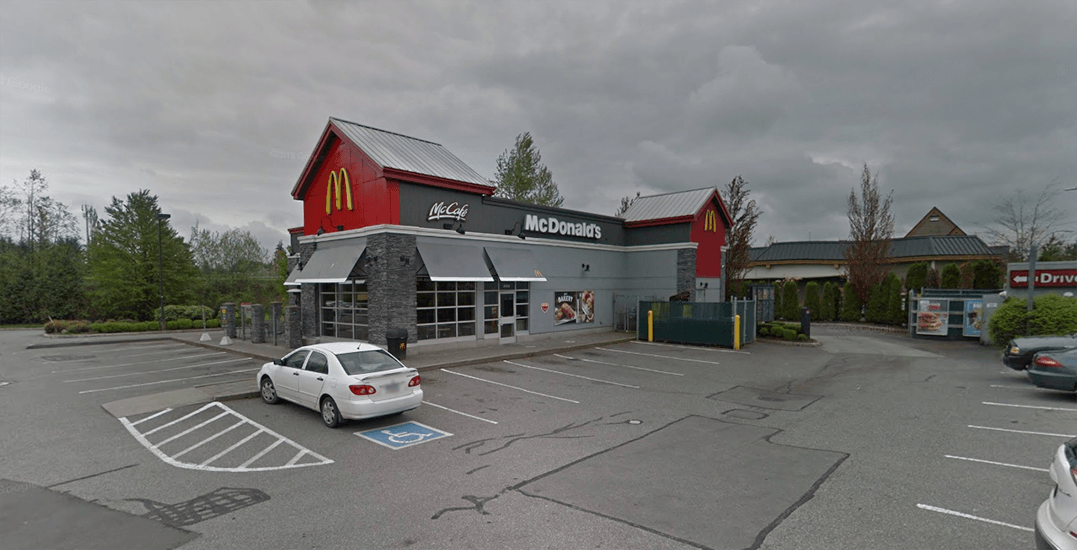 Investigators are on the scene of a fatal shooting in Langley.

According to IHIT, a man was fatally shot and killed on Tuesday evening at a McDonald’s near 264 St and 56 Ave.

Investigators say frontline officers with the Langley RCMP arrived on scene to find a man in his 30s suffering gunshot wounds, after receiving multiple reports of a shooting.

He did not survive his injuries.

Approximately half an hour later, the Abbotsford Police Department received a report of a black SUV on fire in the 27900-block of Montesina Avenue.  IHIT believes the vehicle is connected to the shooting — and will be conducting a forensic examination on it.

The deceased’s identity is being withheld as IHIT works to notify the family.  It says the victim was known to police and had ties to gang activity.

“This was a brazen shooting in a public space and we are fortunate that no one else was hurt,” said Sergeant Frank Jang of IHIT.

“We are urging witnesses that left the McDonald’s immediately after the shooting to come forward as well as anyone with dash cam video.”

Superintendent Murray Power, Officer-in-Charge of Langley RCMP, says that the community should be in “absolute outrage” about the level of brazenness of the violence.

“No grievance between two individuals justifies this level of risk to the community.  We will provide any and all necessary support to IHIT in their investigation and continue in our collective effort with our many partners to target the ongoing gang conflict,” he said in a statement.