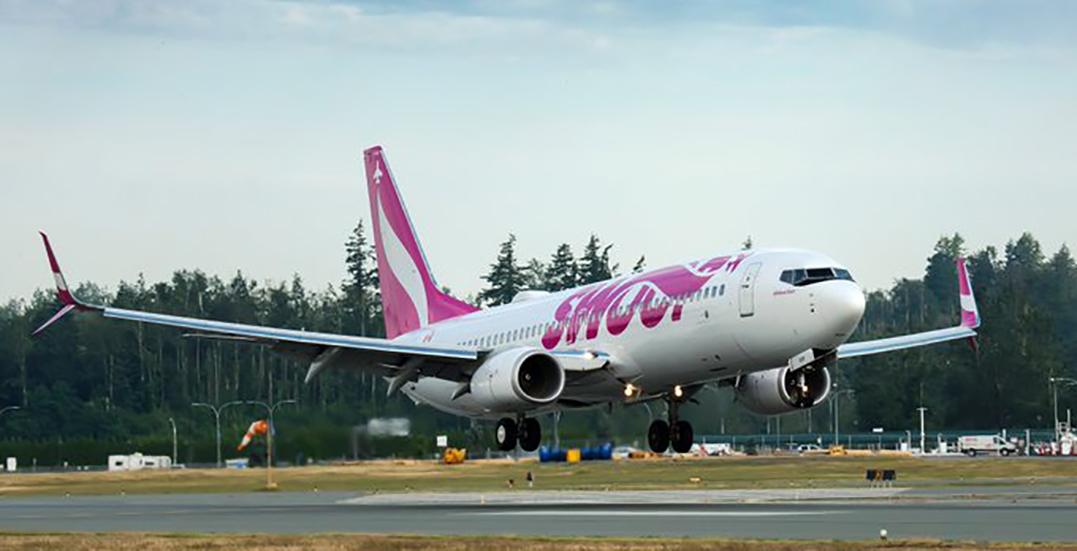 The Abbotsford Airport says that a Swoop flight has landed safely after a bird strike that took place on Tuesday morning.

There was a birdstrike at YXX – the Aircraft has landed safely passengers have been offloaded into the terminal safely. Updates will be available in the coming hours.

A person who claims to have seen a flight take off said on Twitter that they witnessed small bursts of fire and “booming.”

Not sure what just took off from #YXX, a 737 of some brand, but it was booming 6-7 times while climbing and small bursts of fire/flames. Was like a backfiring car, but a jet engine at altitude. Lost it in the clouds not sure if circling back? #abbotsfordbc @westjet @flyswoop

“There was a bird strike on departure for a Swoop flight en route to Edmonton,” he tells Daily Hive. “The aircraft declared emergency, turned around, and landed safely. Our passengers are in the terminal now.”

A spokesperson from Swoop Airlines adds that 176 passengers were on the flight and says that re-accommodation is being worked on during this time. The involved aircraft has also been removed from service and is awaiting inspection.

We are working on reaccommodation options for the 176 impacted travellers and will provide updates as available. Safety is our number one priority and will always be at the forefront of our decision making. We apologize for the inconvenience to our impacted travellers.”