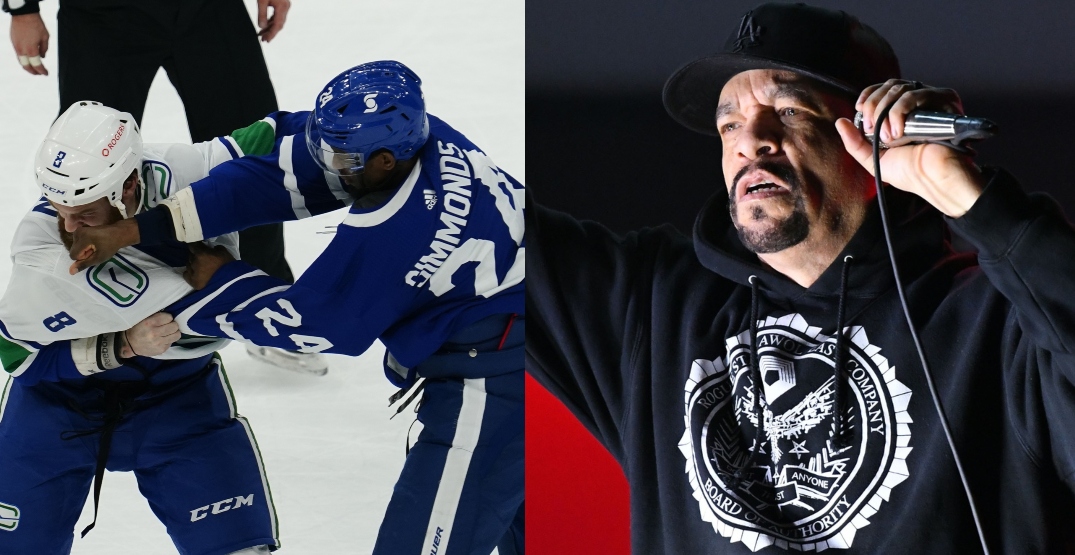 Why does hockey allow fighting?

It’s a simple question that will generate a million different answers from those that follow the sport, as rapper, actor, songwriter, and producer Ice T found out today.

A fight between Wayne Simmonds and Jordie Benn during Thursday’s game between the Toronto Maple Leafs and Vancouver Canucks caught Ice T’s eye, so he asked the question.

Serious Question: Why is Hockey the only sport that they let the players fight? Don’t say tradition.. https://t.co/C60I0bGaUS

You see how nfl defensive players have no respect and take each other’s heads off??? If they knew they would get their ass kicked after they wouldn’t do it very simple

Nothing keeps you more honest than a punch in the face.

So why does hockey allow fighting? The first answer is that it must not be bad for business. If it were, it would be gone by now.

Fighting is on the decline, though.

Just 16.74% of NHL games in the 2018-19 season included a fight according to hockeyfights.com, which was the lowest number in the last two decades. It was just 10 years ago that 40% of NHL games saw two players drop the gloves.

Old school hockey types like Don Cherry will tell you that fighting is a way of self-policing the game, and that if you eliminated it completely, stick-work and dirty hits would rise dramatically.

That’s likely overstated, and considering what we now know about the danger of concussions, risking brain injuries from bare-knuckle boxing seems like an odd way to make the game “safer.”

Since my honest Hockey question got so many different answers.. For the record.. I’m not dissin. Just curious.. Next question. Do they fight in Women’s Hockey?

But to answer Ice T’s question of why hockey is the only sport that allows fighting, the answer is, it isn’t.

Canada’s other national sport allows it too, as the National Lacrosse League pointed out:

Okay, so is it a Canadian thing?

Maybe, but either way, it ain’t this TMZ.

This was sensationalized, even by TMZ standards. Thirteen straight haymakers? Maybe, but how many landed? Benn was fine afterwards, so my guess is not many.

And was this really an “epic” on-ice fight? It was a decent tilt, but if you thought that fight was epic, you haven’t watched enough hockey.

I wonder what TMZ would say about this…