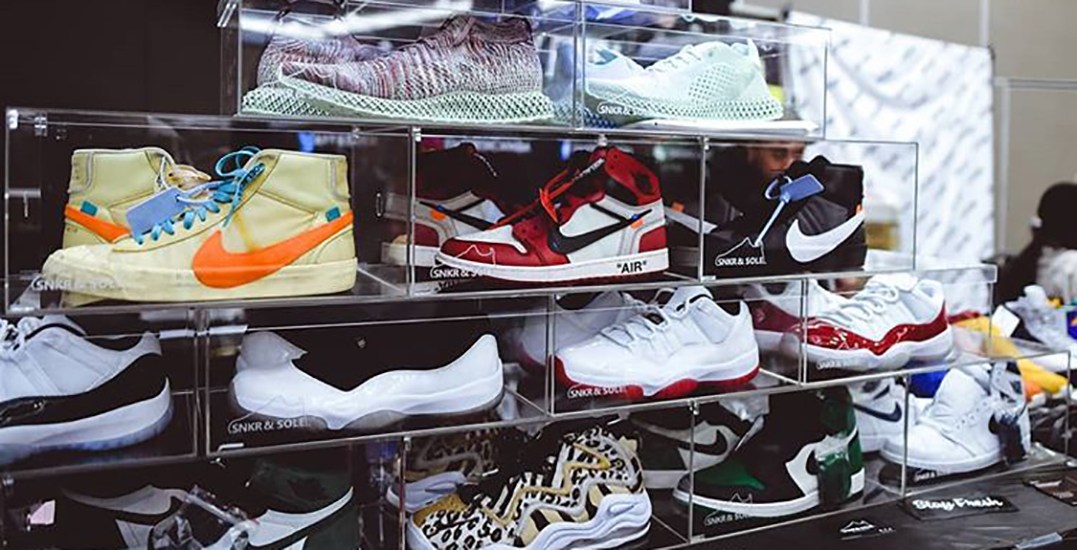 Get ready sneakerheads — it’s back.

HypeCity, one of Canada’s largest sneaker and streetwear conventions, has announced the date of its fifth annual event.

The Vancouver Sneakerheads Group (VSG) and Vancouver Streetwear Community (VSC) will be bringing the popular event back to the Vancouver Convention Centre and they’re looking to be bigger and better than ever.

This time around, they’ll have more than 70 vendors, coming from Metro Vancouver, Alberta, Seattle and Portland, and Eastern Canada.

Visitors will be able to find a wide range of sneakers and apparel, from brands like Jordan, Nike, Yeezy, and Supreme, to name a few.

A post shared by Vancouver Streetwear Community (@vancouverstreetwear) on Apr 5, 2019 at 2:37pm PDT

Naturally, some of Vancouver’s largest sneaker and streetwear retailers will be at the event as well, including names like Bred, Heatvault, #NFS, Stay Fresh, Dipt, and Hotbox.

“This time, we want to bring in more interaction and focus on the community aspect of being a sneakerhead,” says Jaycy Jaminal, one of HypeCity’s organizers.

The day will also feature an all-day Super Smash Brothers tournament as well as several other interactive activities that are still in the works.

The organizers also put heavy emphasis on securing a larger space for the event.

The extra space will give way for a trading pit, allowing anyone attending to bring pieces from their personal collection and put them up for display. This also means that there’s plenty of buying, selling, and swapping to be done.

A post shared by Vancouver Streetwear Community (@vancouverstreetwear) on Nov 26, 2017 at 2:22pm PST

Organizers have released a wave of VIP tickets, which can be purchased for $30 and allow early entrance to the event.

General admission tickets are available for $25.

Tickets are on sale now and can be purchased online.