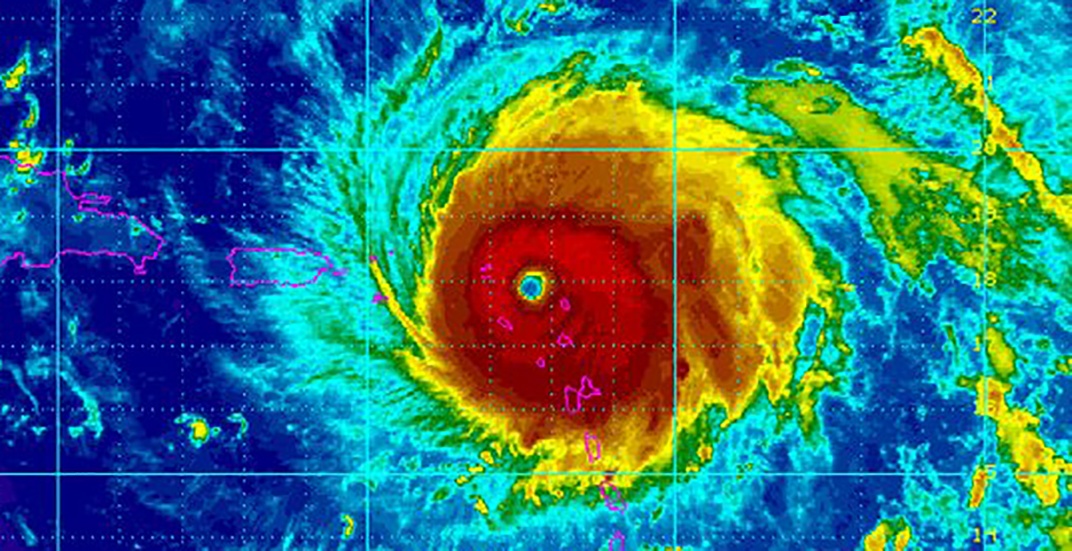 The Canadian government is advising travellers to avoid certain destinations, as Hurricane Irma rips through the Caribbean on its way to Florida.

According to the most recently issued travel advisories, Canadians should avoid all travel to:

Canadians are also advised to avoid all non-essential travel to:

Hurricane Irma is a category five storm, the highest possible level, and is the most powerful storm to hit the Atlantic in recorded history.

The National Hurricane Centre in the US is describing its core as “extremely dangerous,” with “life threatening” windspeeds of 295km/h recorded.

The storm has already caused damage on several Caribbean islands, including Saint Martin, Antigua and Barbuda, and Saint-Barthélemy (St. Barts).

The destruction so far includes flooding, blackouts, and collapsed buildings; it is not yet known if there has been any loss of life or injuries due to the storm.

Hurricane Irma is next predicted to strike the northern Virgin Islands and Puerto Rico later on Wednesday.

The storm is then expected to hit the Bahamas, the Dominican Republic, Haiti, Turks and Caicos, and Cuba by Friday, and Florida by Monday.

Hurricane Irma has already led to the evacuation of thousands of people in Florida, where store shelves are emptying as people stock up and hunker down.

Travellers to the areas affected should expect massive rainfall, violent winds, flash flooding, landslides, and the abrupt closure of airports, transportation, and communications.