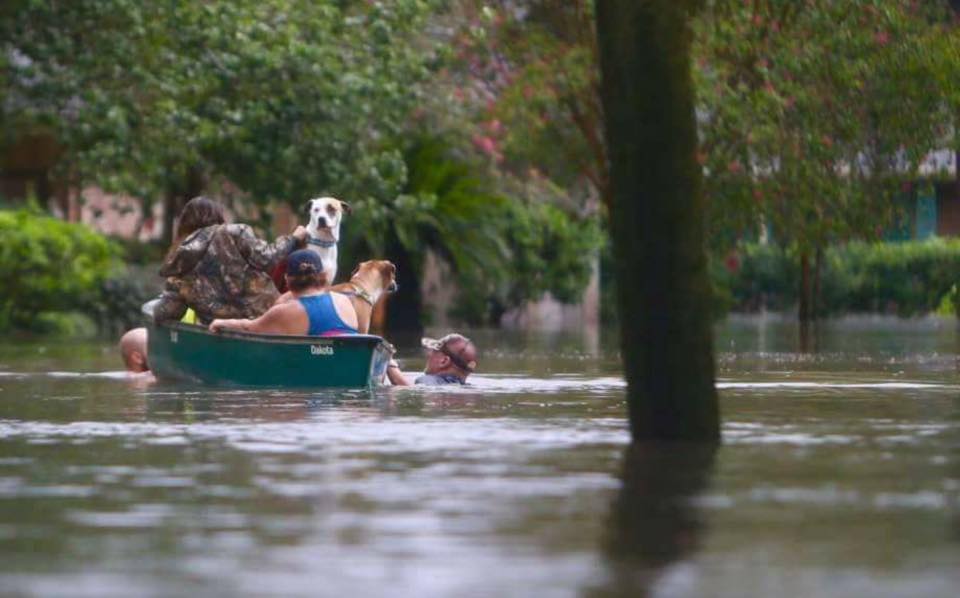 Hundreds of dogs and puppies in Texas affected by one of the worst natural disasters in recent history are headed to British Columbia, and help is needed to find them new homes.

Black Dog Rescue Group in Surrey has been saving animals from high-kill shelters in Texas for the past five years, but the non-profit has ramped up its efforts as local shelters in the Houston area find themselves overwhelmed with pets because of Hurricane Harvey.

Along with other groups like the ASPCA, Black Dog’s mandate is to “clear the shelters” of the existing animals that were already in the shelters before the disaster hit to make room for the lost and displaced pets of evacuees that can be reunited with their owners in the area. 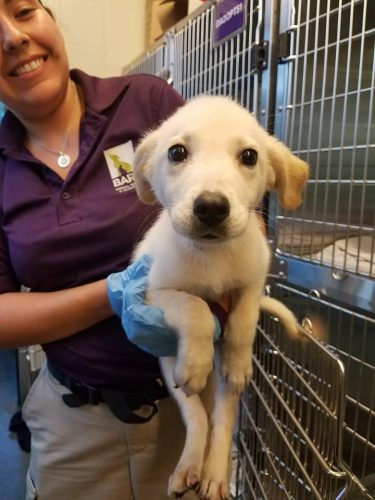 One of the homeless pups at BARC in Houston. (Facebook)

Cindy Archer says the reality is that most shelters are grossly over capacity and many of the shelter strays may be euthanized to free up space for the pets of evacuees that are streaming in by the truckload.

One of the shelters it pulls animals from, BARC in Houston, has a capacity of about 250 animals and right now is caring for more than 600, she added.

“There are probably going to be about 250,000 dogs and cats – this is no exaggeration – that are abandoned in the region because of the hurricane,” Archer said. “It’s a crisis.” 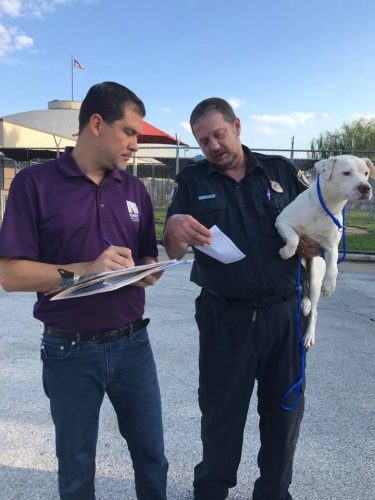 Dogs being transferred out of BARC in Houston headed to Austin, Texas. (Facebook)

Thanks to its network of volunteers and transporters, the BC-based non-profit just got 17 dogs out just before the hurricane hit, including five pit bulls, Chihuahuas, mixed breed dogs and some puppies. 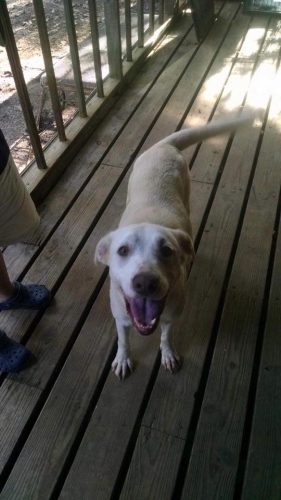 Sugar, one of the first Texas dogs to arrive in B.C. thanks to Black Dog Rescue. (Facebook)

Members just departed this weekend on another run and are hoping to bring back another 20 to BC. The goal is to get out “as many as possible” in the near future, says Archer, adding that it’s difficult to know what kind of dogs they’ll save.

“We’re not breed specific. We base it more on the dogs and what we can adopt out once we’re back in BC. We can’t take an aggressive dog,” she said.

The dogs will be seen by a vet and vaccinated before crossing the border and being placed in temporary foster homes until their eventual adoption. 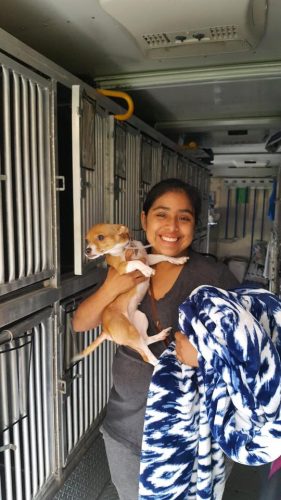 A dog being cared for at BARC in Houston, Texas. (Facebook)

Black dog is desperately looking for foster families that can temporarily house a Texan dog or two until local adopters are found and vetted. It’s also looking for permanent adopters.

Donations can be dropped off at Apollo Animal Hospital in Cloverdale, Harvey Pet Food in Langley and Mr. Pets in Chilliwack. Monetary donations can be made through the PayPal website to [email protected]

Check out Black Dog Rescue’s Facebook page for more information on how to adopt, foster or help. 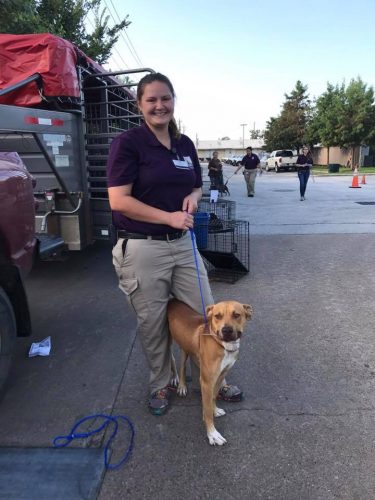 A dog from BARC moving out of the shelter thanks to a rescue group. (Facebook)