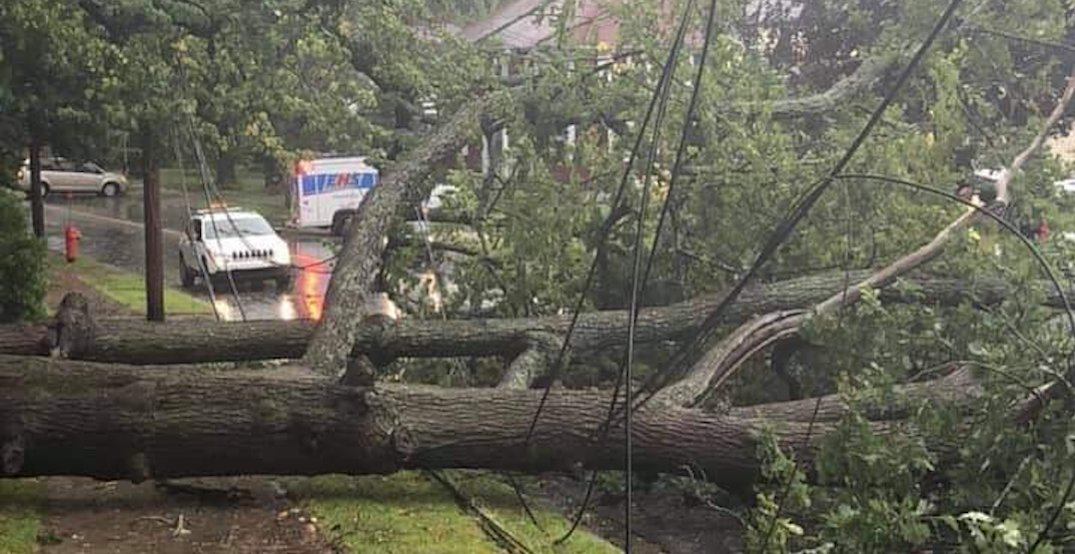 The former Category 5 storm, which killed 43 people in the Bahamas and caused devastating damage this week, is now a Category 2 storm and is expected to bring dangerously high winds and possible flooding.

Videos shared on social media show the powerful winds have caused trees to fall, and debris is now littering the streets.

Nova Scotia Power is reporting outages affecting more than 330,000 customers and the company is reminding the public to stay away from downed wires and poles.

Thanks to everyone who has reported outages, damage and downed lines. Please keep tagging us and reporting at https://t.co/cKMppFqg0n. If you see a downed wire or pole, remember to stay back and call 1-877-428-6004. Our crews will be out to assess the damage as soon as it’s safe. https://t.co/F34p2y0RIX

Driving conditions throughout the province are also deteriorating, according to the RCMP, as debris and significant water are on roadways.

The RCMP is also urging the public to avoid all non-essential travel.

#RCMPNS driving conditions throughout the province are deteriorating. We have seen debris on roadways and significant water on the roads. Please avoid all non-essential travel and stay safe, everyone. #Dorian @NS_TIR

Here’s a look at the damage Hurricane Dorian has already caused in Nova Scotia.

Boardwalk going to need some repair after the storm with that storm surge and wave energy. Winds now gusting to 107 km/h at the #Halifax Waterfront. #NSstorm pic.twitter.com/0eJsuePUIj

living next door to a construction site during a category 2 hurricane .. not feeling great about it #NSStorm pic.twitter.com/o4EVoiyd9e