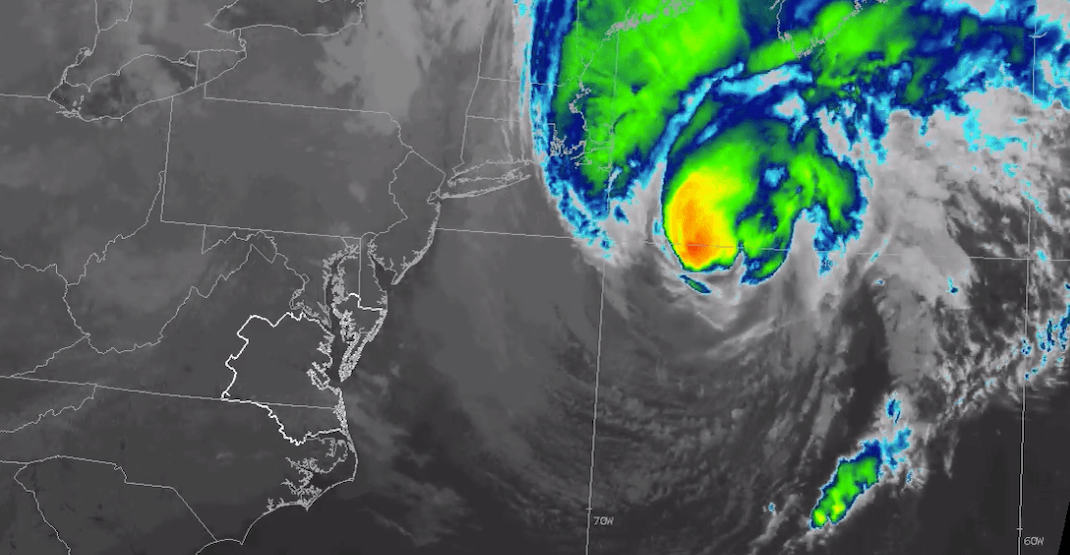 Hurricane Dorian is expected to make its way toward parts of eastern Canada today, bringing hurricane-force winds gusting up to 150 km/h.

Although the former Category 5 storm, which killed 43 people in the Bahamas and caused devastating damage this week, has been downgraded to a Category 1.

According to Environment Canada, powerful winds are about to reach Nova Scotia this evening and wind gusts of up to 150 km/h are likely, especially along coastal areas.

Flooding is also possible along parts of the coast due to storm surge and rough pounding surf later today.

By Saturday morning, hurricane Dorian was about 350 kilometres southwest of Halifax, with some gusts already exceeding 85/h in parts of Nova Scotia, according to the National Hurricane Centre.

Environment Canada warns that the winds may topple trees leading to downed utility lines and extended service outages and moderate to significant damage to roofing materials, exterior cladding, and light structures are likely.

This could result in some damage to docks and breakwaters.

“Beware of wind-blown debris and downed power lines if outdoors. Stay away from the shore – the combination of surge and large waves could result in dangerous rip currents and the risk of being pulled out to sea.”