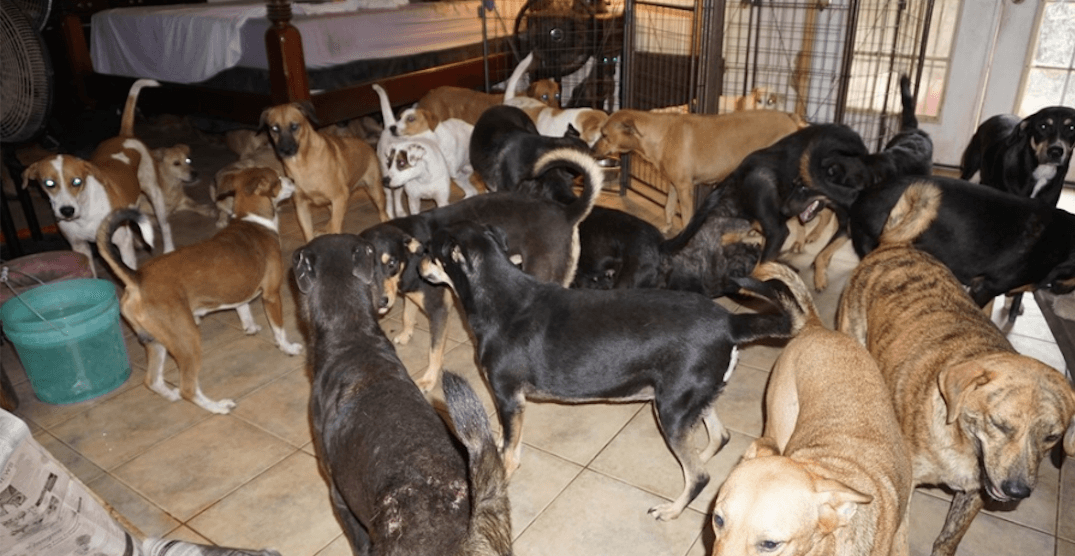 As Hurricane Dorian wreaked havoc in the Bahamas and people hunkered down to protect themselves, one woman in Nassau opened her home to almost 100 dogs with nowhere else to go.

In a Facebook post, Chella Phillips said that in total, she now has 97 dogs inside her house, with 79 of them inside her master bedroom alone.

While she described the overall situation as “insane,” Philips put a positive spin on the situation, noting that “at least they are respecting my bed and nobody has dared to jump in.”

Phillips said that while Nassau may not get hit as hard as other islands, “the saddest part is that after the hurricane leave the Bahamas, some islands will take a long time to recover.” 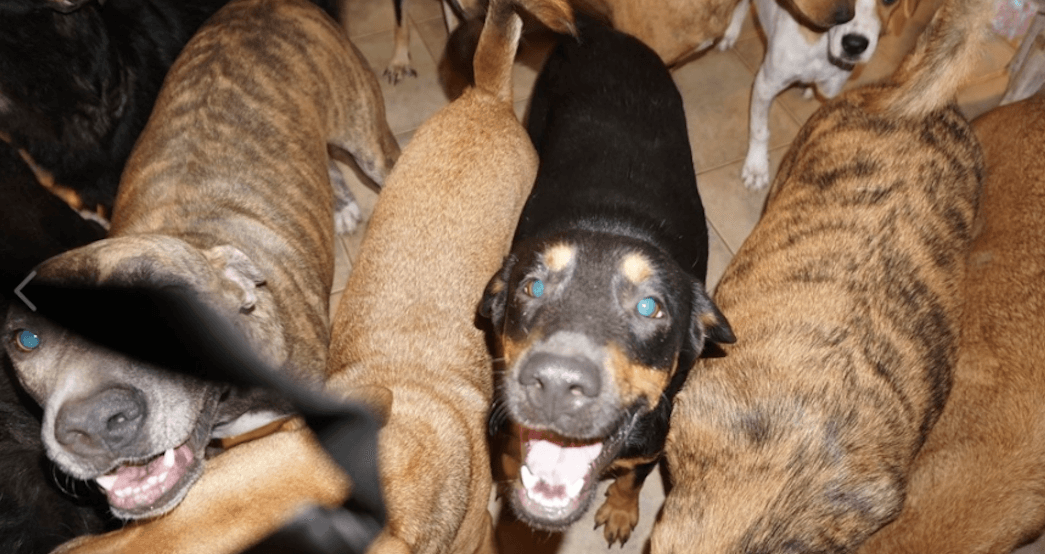 Making matters worse is the fact that each island has an “abundance” of homeless dogs, and Phillips – who runs The Voiceless Dogs Of Nassau, Bahamas  – said her heart “is so broken” for the ones without a place to hide from a storm the size of Dorian.

In a Monday update on Facebook, Phillips said and her 97 newfound canine friends were “alright” after a “stressful” night.

“We were flooded bad inside the refuge,” she wrote. “My brother slept an hour, I had been on my feet without any sleep drying the house and looking after my terrified dogs.”

In addition, “all services are down, all TVs are fried from the lightnings so no more cartoons for the sick dogs until we can purchase new ones,” she wrote. 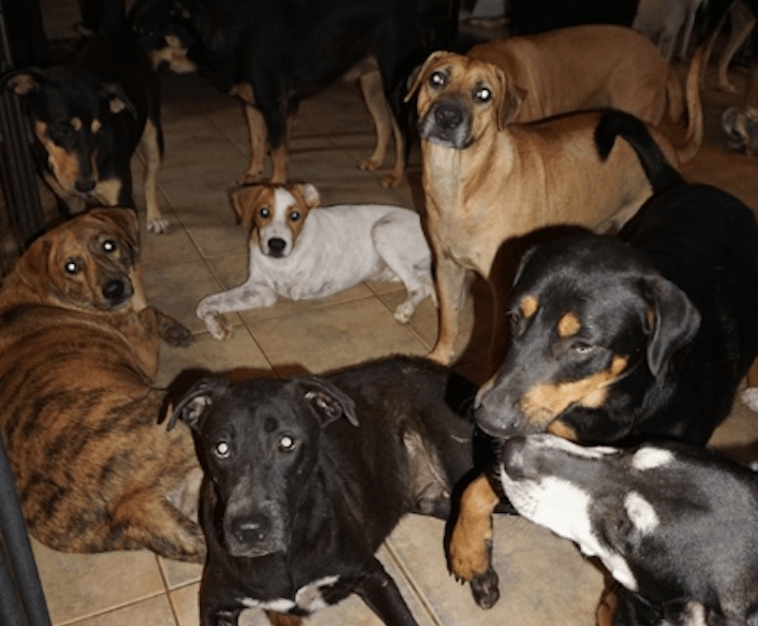 Philips wrote that she prays for the other islands impacted by the storm, “who have unimaginable damages and I don’t see how any dogs or any living being could have survived outside.”

On Tuesday, Phillips wrote that she and all 97 dogs have thus far made it though Dorian, although the situation is still dire.

“The wind sounded like a train that wouldn’t pass, it was so loud, water was coming in through the seams on the windows and underneath the doors, the dogs were scared,” she wrote. “I tried to play with them, sing to them, gave them every last treat just to keep their minds off all the noise of the hurricane.”

Phillips wrote that she still can’t let the dogs out of her house due to impending thunderstorms that are set to strike over Nassau, but now it’s a race against time. 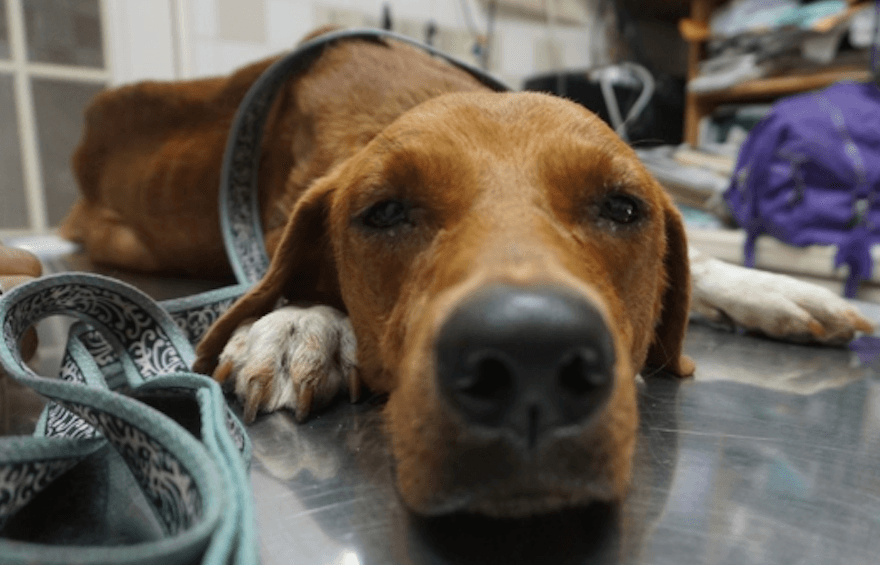 “I only have a weeks’ worth of dog food left and I am now worried that the distribution trucks won’t be delivering for a while, so my mind is racing on how to figure this immediate problem out,” she said.

In the meantime, she also thanks those who have opened their hearts and wallets to help her out.

“I opened this fundraiser up with a $20k goal, because it represents twice the amount, we ever raised in any given month and I knew I would need extra ‘everything’ after this hurricane,” she wrote, adding that it never crossed her mind that so many people would see her plight on social media and support her and her rescue efforts.

“I don’t even know what to say, how to thank you, your love, words, donations are keeping me alive, giving me hope and I want you to know, that no matter how much is raised, every nickel will go to saving dogs lives,” she wrote. 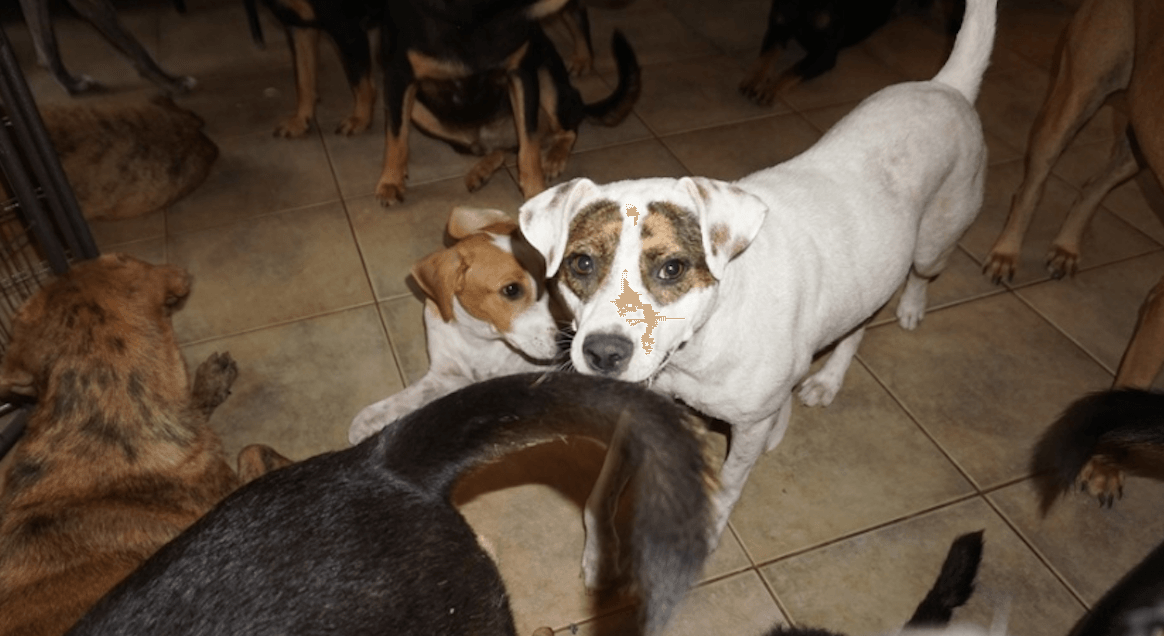 For those wondering about how they can help out in the situation moving forward, Phillips offered some advice.

“Consider a recurring donation on paypal or our website and follow our daily rescues and success stories and struggles on our Facebook page,” she wrote. “If we could get 1,000 people to each donate $10 a month or 500 people $20 a month, it would give us the peace of mind to know we could spend all our energy on saving lives instead of stressing about our very survival.” 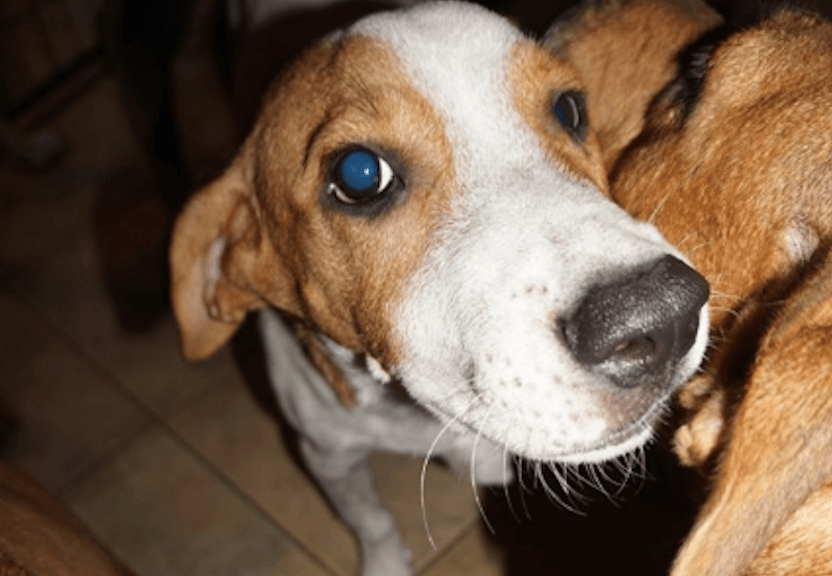 Phillips added that her “biggest dream” is to be able to “buy a land to move all my dogs far from the city and to help bring even more that are outside on the streets or hiding in the bushes terrified of people without a chance to make it on their own.”

Those who would like to offer financial help are encouraged to email [email protected], or donate to the online fundraising campaign.