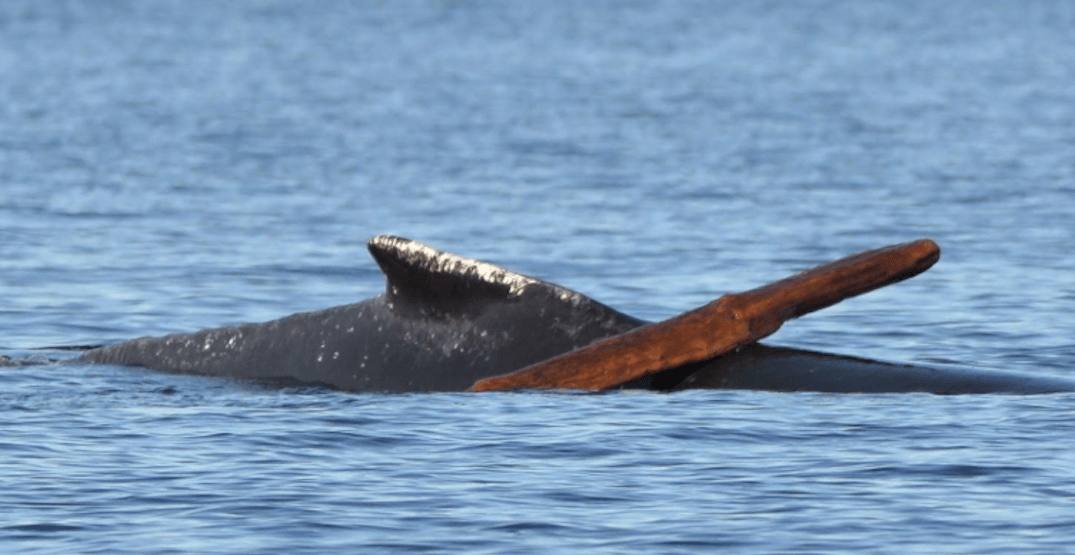 A seldom-seen style of whale play by a known humpback was recently witnessed near BC’s Comox Harbour, and it was all captured on video.

On December 2, crews with Lifeforce Ocean Friends found a four-year-old humpback named “Lorax” playing with a log, in a style aptly referred to as logging.

“Logging is a term referring to when whales and dolphins are resting,” said Peter Hamilton, Lifeforce Ocean Friends Director, who witnessed the event.

Hamilton said he watched  the whale “repeatedly going back and forth diving with the large log, lifting it onto her head and actively playing with it.”

This solo playtime, he said, lasted 0ver 45 minutes, before Lorax went and joined two other humpbacks.

According to Hamilton, Lorax is no ordinary whale, either.

In 2015, she was the first Humpback to approach the Lifeforce research boat when we relocated our work to Vancouver Island,” he said. “She was alone because they are only raised by mom during the first year.”

However, in this most recent encounter, “she had no interest in the boat or me as she was totally immersed with the log.”

Thanks for the show, Lorax!