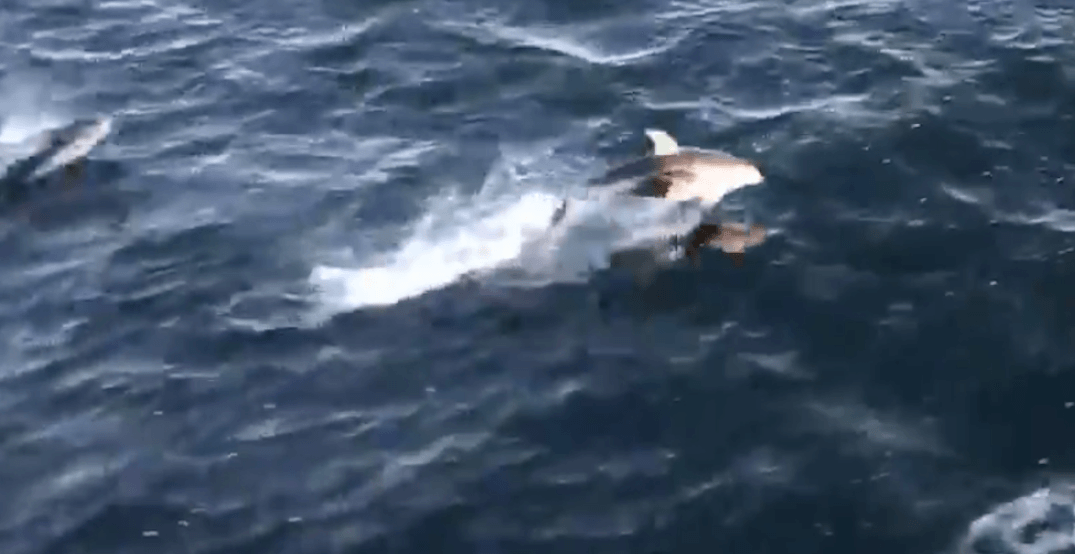 Dolphins swimming beside a BC Ferries (Jesse Miller / Twitter)

Sure, Mondays can be tough to navigate, but sometimes a special visit from Mother Nature can make it a bit easier. At least, that was the case for one BC Ferries traveller Jesse Miller this morning, who caught a stunning display of dolphins swimming alongside the boat he was travelling on.

Miller shared a video of the encounter on social media.

And while Miller tweeted about his speculation that the carefree display came from the fact the dolphins didn’t realize it was Monday morning, BC Ferries had a different take – responding to Miller that they believed the display was done on porpoise.

Hi Jesse, great video! I don’t think its a fluke this happened on a Monday–they’re doing it on porpoise! ^as

So if your commute seemed slower, or transit seemed more crowded, just remember that while Monday might be a grind for some, others, like these dolphins at least, have the right approach when it comes to kicking off another workweek.