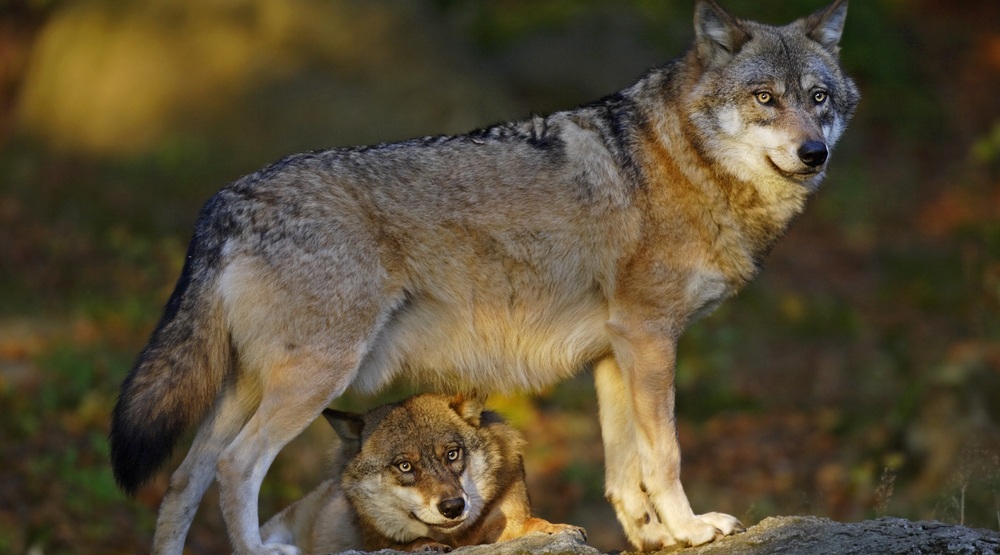 A prominent conservation group is speaking out about BC’s controversial wolf cull — saying there are better ways to save mountain caribou than killing another species.

BC launched the aerial wolf management program in January 2015 in the South Selkirk Mountains and the South Peace to recover caribou populations it said were under threat from wolves.

The wolf management program drew international attention — and criticism — when pop superstar Miley Cyrus came to BC to learn more about the wolf cull and asked her online following to protest the province’s move.

Pacific Wild’s Executive Director Ian McAllister posted on Instagram this week that “Millions of tax dollars are being spent on ineffectual predator kill programs to ostensibly save ungulates like caribou.”

Walking through airports and a few different cities recently reminded me how much we treasure domestic dogs in our lives. Yet, I can’t help but wonder how many people that smile when a dog walks by remain indifferent when they read about the government sponsored wolf kill programs that are under way, especially in #albertacanada and #britishcolumbiacanada. Millions of tax dollars are being spent on ineffectual predator kill programs to ostensibly save ungulates like caribou. We said it years ago and it remains true today. If you don’t protect habitat and you keep punching roads, oil and gas wells, mines, ski resorts, clearcuts, wind farms, houses etc etc into every last pocket of wilderness then killing every last predator in North American is not going to save these animals. #savebcwolves @pacificwild #stopthewolfcull

In a phone interview with Daily Hive Vancouver, McAllister said he recognizes that woodland caribou herds are in serious trouble, but the only proactive policy the government has put in place to conserve the population was spending millions of dollars murdering wolves.

“From the air with using snipers, trapping, hunting, shooting, so these wolves are now completely fragmented, their family structures are… are in a mess and this is just going to exasperate the problem because wolves are highly social animals, they rely on the leadership of their families and when their leadership is killed and their family structures are fragmented, such as they are now, wolves won’t know how to behave like wolves,” he said.

McAllister said the province should’ve first protected adequate levels of habitat for the caribou instead, back in 2014.

“We know they [the caribou] need wilderness, they need old-growth habitat to survive and they need large tracts of forest to build their numbers back and instead the province has gone ahead and allowed countless roads to be built into these last old-growth enclaves, they’ve allowed snowmobilers access to these areas, they’ve allowed oil and gas wells to be built, they continue to clear cut the forest, it just—the list goes on and on.”

In a statement, a spokesperson with the Ministry of Forests, Lands, Natural Resource Operations and Rural Development said that the program is “being used in concert with habitat protection, habitat restoration, maternity penning, and management of other ungulates in order to maintain caribou on landscape and recover populations.”

The blend of conservancy has been the most effective for reviving caribou numbers, according to the province.

It adds the government has increased the amount of protected caribou habitat to eight million hectares and provided $2 million to the Habitat Conservation Trust Foundation in aiding habitat restoration.

Removing wolves is “not a perfect solution,” admits the province.

It calls the wolf cull controversial — but said it’s needed to revive caribou populations, explaining that wolves are the leading cause of the animals’ mortality. It attributes 40% of adult caribou deaths to wolves.

The wolf population in BC is stable to increasing, it says, and insists the most efficient and humane method for destroying wolves is with aerial “wolf removal.”

The data collected from 2014 (pre-wolf control) to now:

Nearly 530 wolves have been destroyed across BC since the program began, according to the province.

McAllister argues that the wolf cull shouldn’t be credited for increasing caribou numbers.

“It didn’t have anything to do with all the wolves they’ve killed, they’ve just had moderate success with their maternity pens where they’ve actually raised caribou in captivity and then they release them into the wild and so they’ve said that there’s these mild increases but they’re actually saying it’s because they killed all the wolves which is just completely untrue,” he says.

In February of 2017, the government invested $27 million into creating the Provincial Caribou Recovery Program and is now creating a new strategy after engaging with the public, Indigenous groups and stakeholders.

As for the wolves’ future, that will be revealed in Spring 2019, when the revised conservation program is planned to be released.