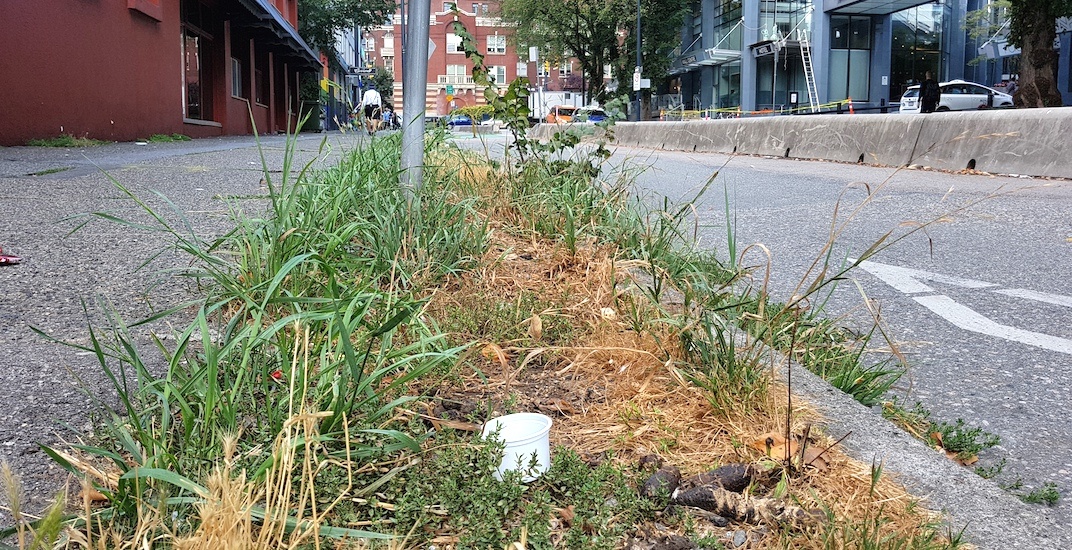 This is not a sight you would expect immediately across the street from the Sheraton Vancouver Wall Centre Hotel in downtown.

But if you look closely into a narrow patch of overgrown grass between the sidewalk and the bike lane on the south side of Helmcken Street between the laneway south of Burrard Street and Hornby Street, you will see excrement.

To be more precise, you will see hundreds of large pieces of what appears to be human poop. 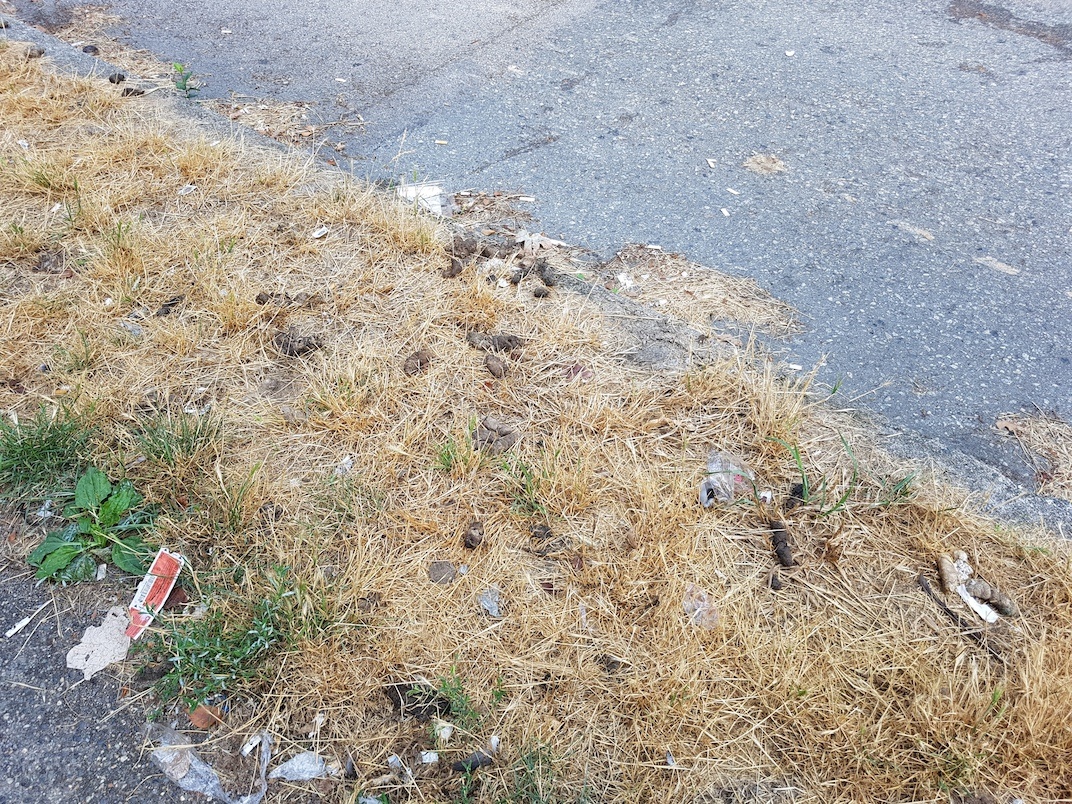 Daily Hive was tipped off by a health worker at St. Paul’s Hospital who uses the sidewalk next to the grass patch on a regular basis to walk between their office and home.

“Human poop looks different than dog poop,” said the worker who wished to remain anonymous. “I have heard other people talking about the human poop too, mostly people walking in the area. I have also seen human poop in the garden outside my office and on a park bench that is outside the building, which is not something a dog would do.”

“It’s not like I’m counting or keeping track of the quantity, though I have to say this is the most poop-covered stretch of grass I have ever seen, but the accumulation seems to happen overnight.”

According to the worker, this is also a problem for about a two block radius wherever there is some grass, and it has been going on for quite a few months – especially at this particular location.

It is alleged that the residents of the adjacent Murray Hotel, a single-room occupancy hotel, are responsible for the excrement due to poor washroom conditions within the property.

However, the company that manages the property says their washrooms are all in working order.

“I’m unsure why our tenants would poop outside/in public when they have bathrooms at their disposal,” said Adam Glover, the general manager of Atira Property Management, this morning. “Our staff will be checking out the strip of grass you mention below today and will work with the City to sort out what’s going on.” 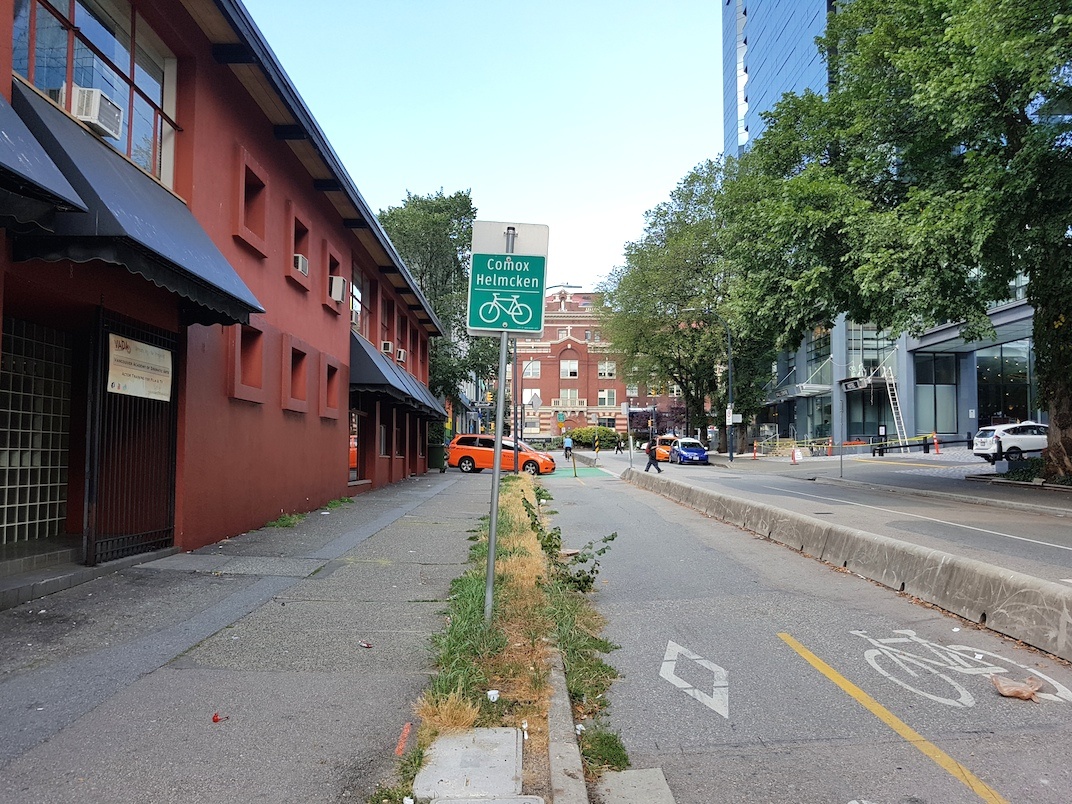 In an email to Daily Hive, the City of Vancouver says the Murray Hotel was last inspected on August 10, and at the time all of the washroom facilities were “found to be clean and in operating condition.”

Officials with the municipality will be sending crews to examine and clean-up the area.

“What I can say is that homelessness in Vancouver this year is as bad as I have seen it,” continued Glover.

“I am currently looking at five tents in Wendy Poole Park and there are tents all over the Downtown Eastside, as well as other parts of the city.  I can only imagine this contributes to what folks are seeing downtown.”

According to the World Health Organization, the risk from exposure to human excrement mainly relates to infectious diseases, including E. coli, salmonella, parasites, and various pathogens and viral infections.