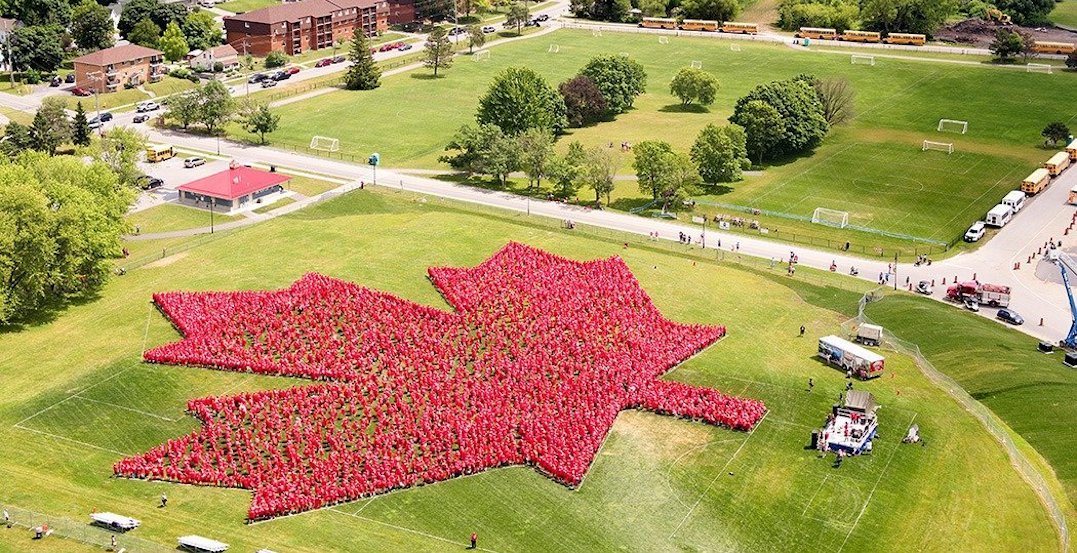 This season is on a roll when it comes to huge groups of people coming together to break Guinness World Records.

And the most recent record-breaking event was particularly patriotic.

A total of 3,942 people participated in the formation of a human Maple Leaf in Trenton, Ontario on June 29, according to the World Record Academy.

“Operation: Stand Proud” was organized by Leon’s Trenton, and took place at Centennial Park this past Saturday, in support of The Canadian Armed Forces charity, Soldier On. 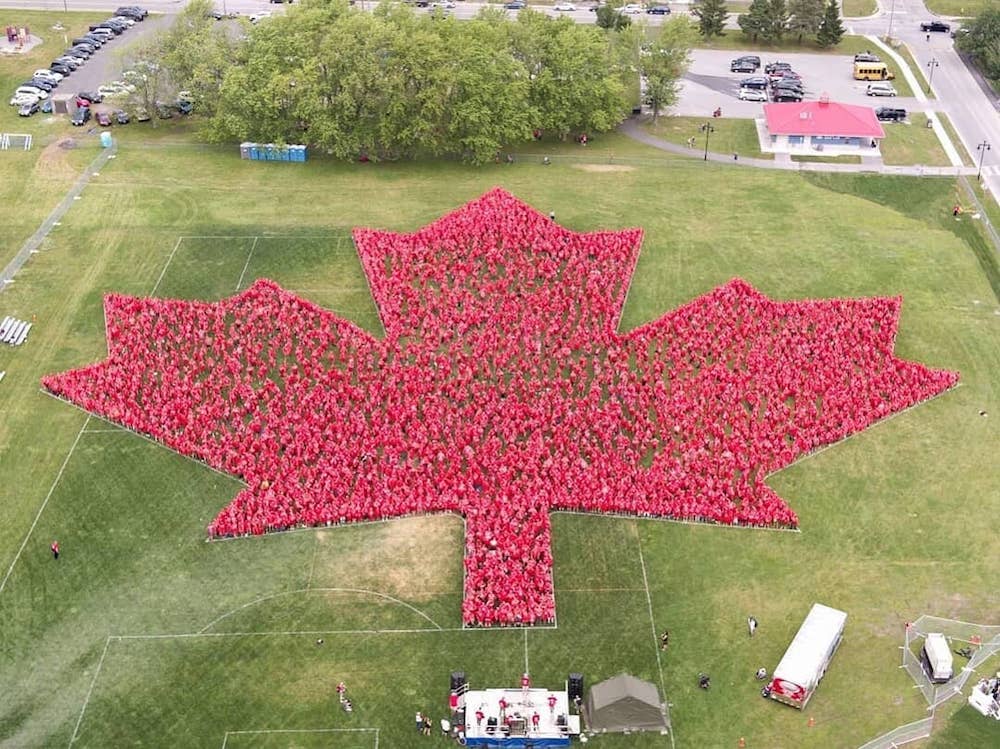 So many people came out to show appreciation for those who have dedicated their lives to serving Canada that the previous Guinness World Record of 1,589 people, set in 2017 on Grouse Mountain, BC, was broken.

According to the release, organizers said they were hoping to see the park fill with 5,000 people. Still, the turnout was enough to smash the record.

Soldier On helps veterans and active duty military personnel participate in sports as part of therapy for permanent physical injuries and mental illness.

“We are extremely proud of our deep military roots here in Quinte West,” said Mike Eden, Owner of Leon’s Trenton and organizer of the World Record attempt (and feat) in a release.

“We saw this patriotic opportunity to set the World Record for the largest human maple leaf on the Canada Day long weekend as a visual representation of our deep respect and sincere gratitude for those who selflessly serve, as well as their supportive families. We’re so proud to have made this dream a reality here today and to have shone a spotlight on our Canadian Armed Forces and Soldier On.”