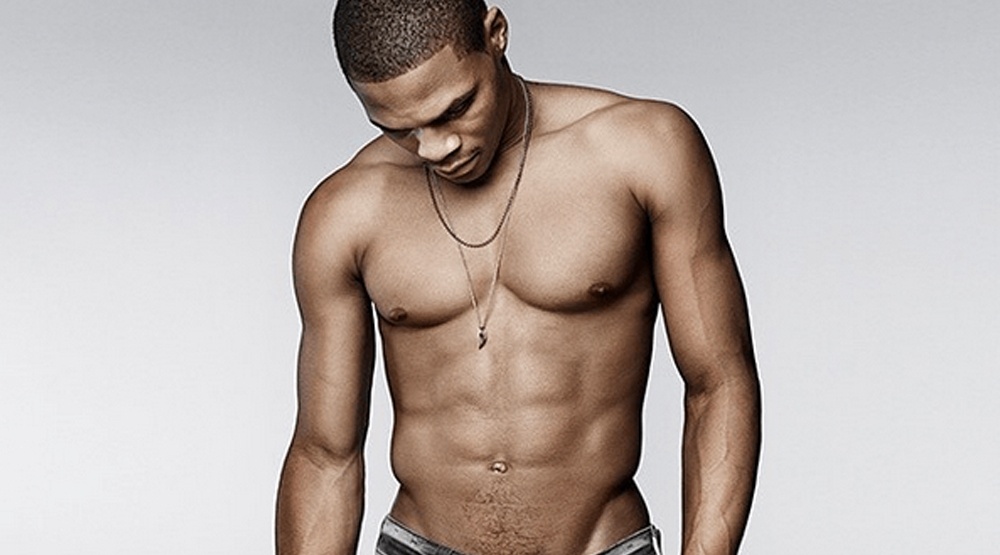 For one, the Toronto Raptors did incredibly well last season, and will be a team to follow this year. And even if you’re not a Raps fan, the playoffs still had many of us hooked as Lebron James and the Cleveland Cavaliers won the championship in game 7 after a nail-biting series against Golden State Warriors.

So as we get ready to celebrate the official start of the NBA season, we thought we’d showcase another reason we appreciate this sport: the players.

But we’re not talking about stats or skills here. Instead we’re showing off their other, er, talents. So for those of us who appreciate this side of the sport, here is our list of the 23 hottest NBA players to look out for this upcoming season.

Anyone who follows Russell Westbrook knows that this man can model in a fashion show, and would be a natural. His Instagram shows the many sides of Westbrook, including his handsome features and stylish wardrobe. This man is not only a babe on the court, but pretty much everywhere he goes. He is one the very few people who can pull off plaid pants.

This two-time gold medal winner as member of the US National team is a gem. DeMarcus Cousins began his career in 2010 with the Sacramento Kings, and remains with them this year. And it must run in the family, as his brother Jaleel is also a pro basketball player for the Dallas Mavericks.

The rugged-good looking Lee is known to do charity work when he’s not playing ball, and is a really sweet dad to his puppy, Charles. Although his hair isn’t always on point, his smile is always infectious, and we can’t get enough.

Besides gracing the covers of GQ, Blake Griffin is so much fun to watch during a game. He’s got amazing shots, dunks, and blocks. But Griffin also rocks suits, and charms us all with that cheeky smile, not to mention those eyes. It’s all about those eyes.

Had fun talking with @gq and @cartier in the #WhatDrivesYou series!! (link in bio)

Another NBA face on GQ is Chris Paul. Paul married his high school sweetheart (aww) and is clearly a family man – which makes him all the more endearing. Besides being on the Clippers, Paul also played for the USA’s national team at the London Olympics in 2012. 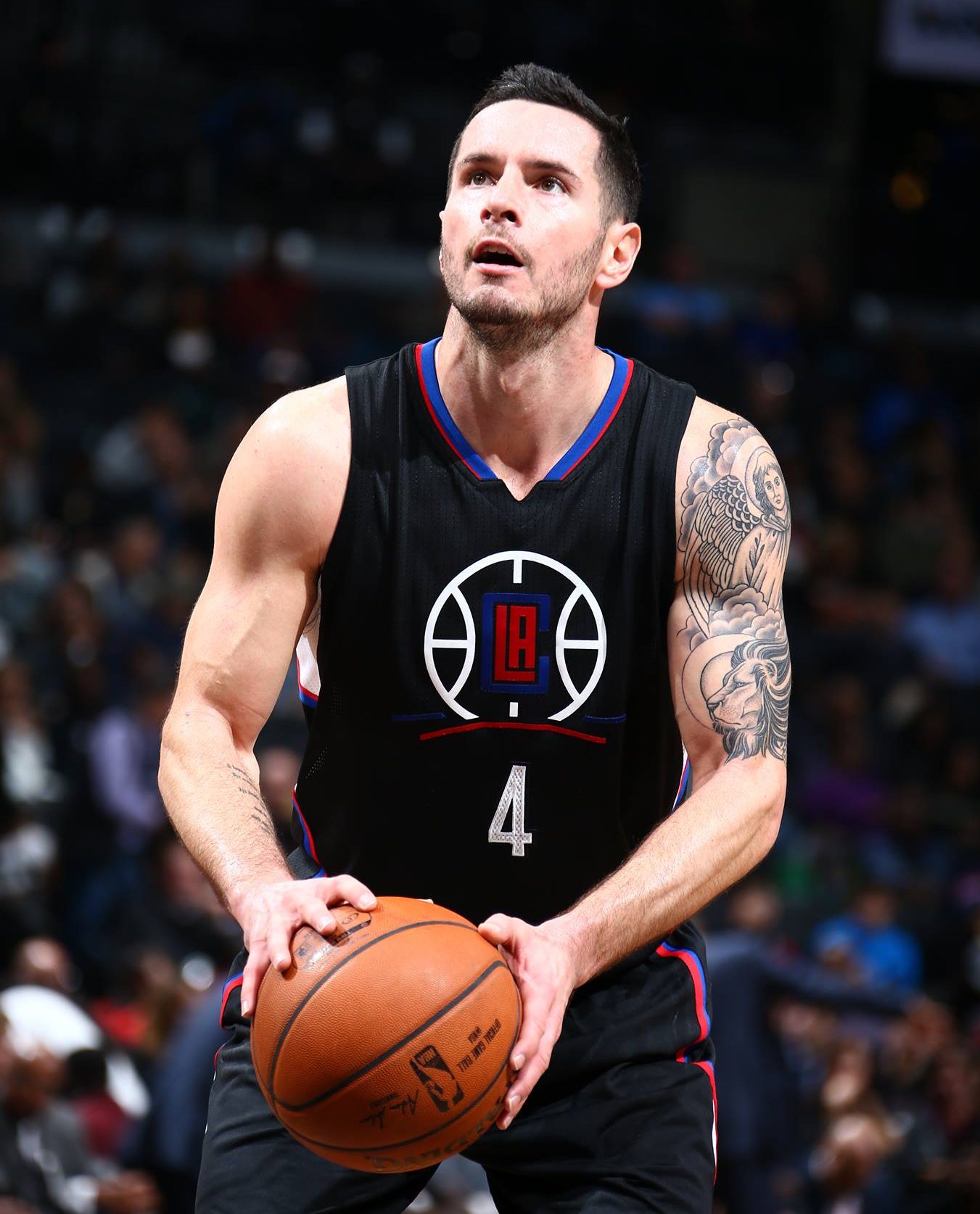 Southern boy Jonathan Clay “J.J.” Redick comes from a family of basketball players. Drafted back in 2006 to Orlando Magic, this handsome fella has spent the majority of his career in Orlando before being traded to the Clippers in 2013. Damn those Clippers are one good looking team.

Many Toronto Raptors fans love Kyle Lowry. His boyish smile and friendship with teammate DeMar Derozan is #SquadGoals. If you don’t watch the Raptors, but his name sounds familiar, he did also recently play for the USA team at the Rio Olympics.

Omri Casspi is another gorgeous player who is doing good things off court. Casspi runs the Omri Casspi Foundation, and is dedicated to showing the world what Israel is like. The married Sacramento player also plays for the Israel national basketball team in international competition, and was the team captain at the 2015 European Championship.

Beard or no beard, we swoon regularly over Tyson Chandler. The tatt’ed up ball player has made ads with Jack Black Grooming Products, and can easily pass for a model. Chandler has played for the US national team several times, and can apparently tattoo others. What a talented man.

Slavery still exists. Over 27,000,000 lives, enough to fill EVERY Professional Football stadium in the country 12 TIMES are Trapped in Bonded Labor / Forced Labor / Human Trafficking. Today we SHINE A LIGHT ON SLAVERY to give a voice to voiceless. Are you IN IT TO END IT? #enditmovement

Kyle Korver is an all American All Star. Besides being a babe on the court, Korver has also participated in the NBA’s Basketball Without Borders, and speaks openly about charities he supports. In fact, Korver has his own charitable foundation, the Kyle Korver Foundation, which contributes to several philanthropic causes.

Behind the scenes Hawks shoot. Can’t wait till the season to start! #hawksrising #atlhawks

Um. The thing about Al Horford is, his smile. And this man can look damn good in a suit (see above). After becoming an unrestricted free agent earlier this summer, he was signed to the Boston Celtics where he will begin the 2016/2017 season. 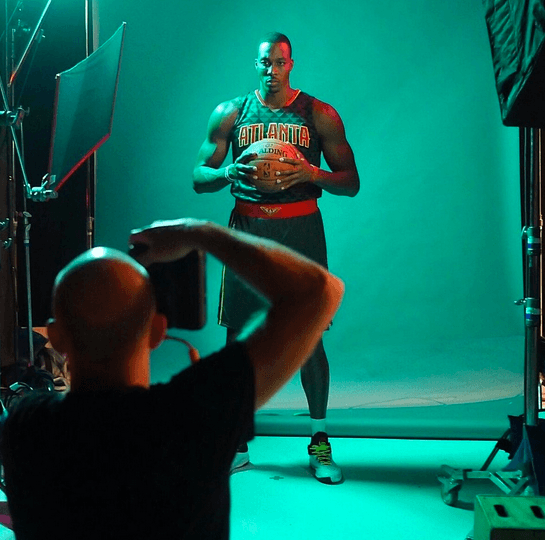 Yes, Dwight Howard. We are excited. Dwight Howard is one of those names you hear a lot, even if you don’t follow the NBA. The eight time All-Star was in a commercial with Sam Worthington and Jonah Hill that has been viewed almost 30 million times on YouTube. Having recently been traded to the Hawks, all eyes will be on him as we see if he’s still one of the top centers in the NBA.

We love Kevin Love. Love became a style ambassador and campaign model for Banana Republic earlier this year, and we are loving it. We also love watching him dunk that ball, and loved watching him on HBO’s Entourage (seventh season finale). And also love his Instagram.

West Virginia’s Deron Williams has done a lot since he was drafted in 2005. While his basketball career is always hot (as he is), Williams has also played in two Olympics and has endorsement deals from Nike, Vitaminwater, and Red Bull. And with looks like that, who wouldn’t want Williams to represent their brand?

In 2008, Serge Ibaka became the first player drafted into the NBA from the Republic of Congo. Since then, Ibaka has played with the Oklahoma City Thunder, until this year when Ibaka was traded to Orlando Magic, where he begins this season.

His boyish features remind us of Justin Timberlake (in the best way possible) and Chandler Parsons even plays for Timberlake’s home team. Parsons is younger than most previous guys on the list, and was drafted in 2011. He’s had a few stints in modelling in 2014, which we’re not surprised by. Parsons had surgery earlier in 2016, and is on limited court activity at the time of publication. Get well soon, Chandler!

Dress to impress with this great fall style! Shout out to the @ExpressRunway fall collection #ExpressMen

One of the more popular players in the pack, Stephen Curry is no stranger to the general public – and those who don’t watch any basketball. Perhaps it is because he’s arguably the best shooter in NBA history, although some would also say it is his eyes. Either way, Curry is a fave – and this is coming from someone who is not a fan of the Golden State Warriors.

Stepped out of my comfort zone for the cover of this year’s #BodyIssue. Full issue drops July 6th. Sharing #myNAKEDtruth. Link in bio.

Oh Dwayne Wade. Maybe just slightly more popular than Curry, Wade’s name is synonymous with basketball. Having played in the league since 2003, Wade has definitely earned his position in the NBA. Besides being a philanthropist, his high-flying style of basketball has gained him global recognition. And he’s also been on several fashion magazines for his incredible sense of style.

Gallinari began playing professional basketball in Italy, before being drafted to the Knicks in 2008. He’s not just looking good on the court however as this stylish baller has modelled for brands including Armani. Swoon.

All in a day’s work…

Our favourite #SquadGoals teammates make it that much more fun to watch Raps games – not that we needed any more reasons to. DeRozan was drafted back in 2009, and we hope he just stays for a little while longer.

Raul Neto won plenty of hearts during the Rio Games this summer. Lucky for us, the striking Brazilian also plays in the NBA. Neto only recently signed with Utah, and earlier this year, the young Point Guard was selected to the 2016 Rising Stars Challenge as a member of the World Team. But ignore all of that for a moment – can we just swoon over those lips for a minute?

Proud to have had such a big part in my new tmnt x Melo active line for @Macys. #TMNTxMELO

He’s been named an All-Star nine times and an All-NBA Team member six times, and he’s still going. Carmelo Anthony is one recognizable name, and for good reason. Besides the NBA, he’s been in four Olympics and has always been considered an asset to his teams. And he has one of the biggest smiles in the league. Doesn’t it just warm your heart?

We had to end the list with another Canadian beauty, and the spot goes to the Raps’ Cory Joseph. Besides Drake wearing Joseph’s jersey during OVO Fest, Joseph is part of the Canadian men’s basketball team. The attractive Canuck was drafted to the San Antonio Spurs is 2011, before coming back home in 2015. And we’re glad to have him back.