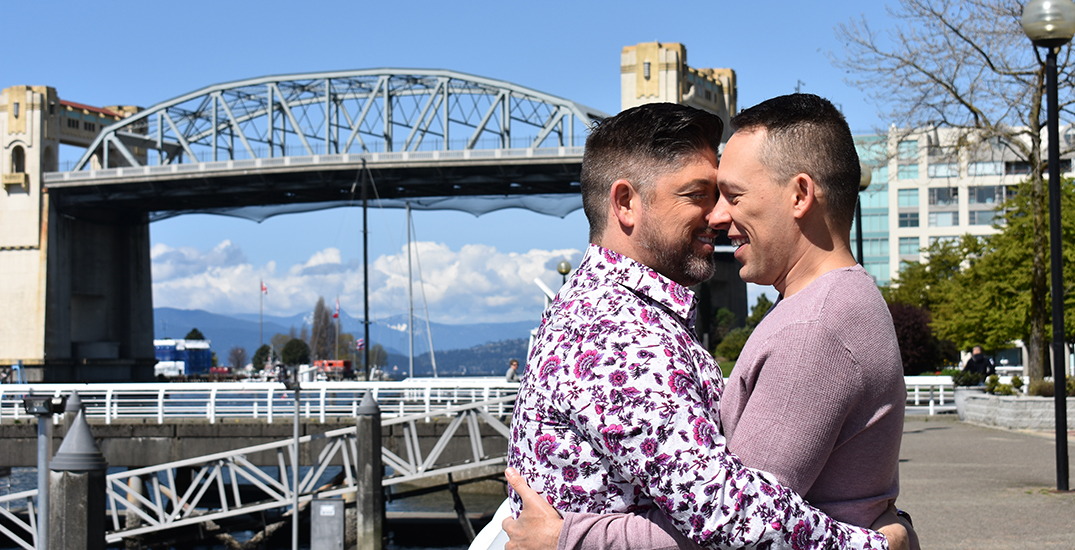 A Vancouver couple planning a destination wedding in Mexico were shocked when their first choice resort refused to host them because they’re gay.

But now, a second hotel has offered them a free wedding for their trouble after their story sparked outrage online.

“I do feel grateful that people got so upset about it,” Josh Rimer told Daily Hive in an interview.

“I hope there will be less instances like this, and that this resort and others will wake up to the fact that people aren’t ok with [discrimination] anymore.”

Rimer and fiancé Heath Busse had their sights set at first on a wedding at the Sheraton Buganvilias Resort in Puerto Vallarta. But after divulging they were a same-sex couple, resort staff suggested they look elsewhere.

“Our hotel and our staff is not specialized to carry out an equal wedding,” a Sheraton salesperson wrote Rimer in a December 10 email seen by Daily Hive.

“By our non-specialized service, some conflict can be generated on your big day, my apologies.”

Rimer shared his frustration on YouTube, and the story was picked up by several media outlets, including Star Trek actor and gay rights activist George Takei’s blog.

Staff at the Hilton Puerto Vallarta heard what happened, and reached out to offer Rimer and Busse a free wedding package for 45 guests.

Help us reach Josh! Hi @JoshRimer, we’re looking for you! We’ve heard you want to get married at Puerto Vallarta and we want to offer you the #HiltonExperience! 🤗 We want to celebrate with you this special day, so we’ll gladly host your wedding ceremony and feast for FREE for you and your 45 guests at Hilton Puerto Vallarta! 😍🌴 Please send us an inbox! *Restrictions may apply #loveislove #loveislove🌈

“They really seem thrilled to be hosting us,” Rimer said, adding the hotel has organized a DJ, photographer, and wedding officiant for them.

As for the Sheraton, Rimer said a representative from Mariott, its parent company, reached out and apologized.

Marriot feels “great regret” over what happened, according to Bob Witeck, a Washington, DC-based consultant for Mariott International on LGBTQ issues. The Sheraton staff were in the wrong, he said, adding that Mariott policies forbid hotels from discriminating against guests.

“Couples who want a beautiful wedding, there’s no reason they shouldn’t be treated to same services,” he said.

Witeck added staff at the Sheraton  in Puerto Vallarta will undergo inclusion and diversity training. The hotel has also invited Rimer and Busse for a complimentary stay in the future.

“I think it’s really important they realize you’re not just turning away one couple, you’re turning away a lot of people … if you’re not accepting of everyone,” Rimer said, referring to how many people won’t support a business that discriminates based on sexuality.