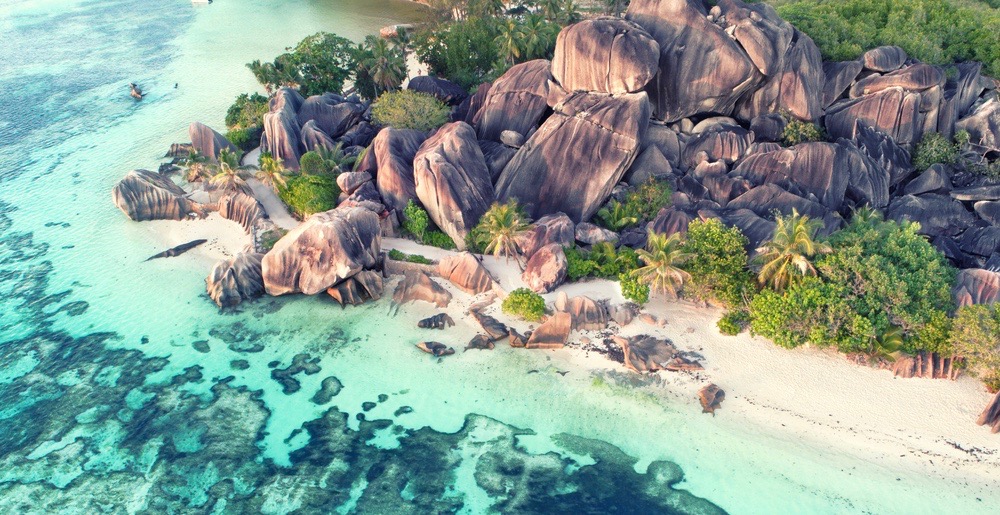 Ready to escape the travel routine? Our Expert Travellers are ready to show you the world like you’ve never seen it before. From tailor-made holiday packages to some of the most immersive tours on the planet, we’ve got the world covered. Book your adventure today!

While the typical sprawling and rowdy all-inclusive beach resort serve a time and place, there’s nothing quite like escaping the daily grind and the punishing cold of winter at a spot less-travelled — one that hasn’t already graced your Instagram news feed hundreds of times over.

From majestic secret beaches to some of the best surfing in the world, here are 11 unique destinations and off-the-beaten-path spots to escape to once winter hits.

While many parts of Mexico are filled with countless tourists in the winter months, just a short distance from Puerto Vallarta is a remote piece of photogenic paradise called Hidden Beach. Framed (literally) by lush greenery, its pearl-white sand is lapped by bright blue water, and humpback whale and manta ray sightings are common. The only catch is that you’ll have to swim to reach the pristine spot — which can be dangerous if you’re not with a local who knows the tides, so make a friend before going and definitely wear a life jacket. But once you do swim in, it’s well worth the effort.

The small island of Fernando de Noronha, located off Brazil’s northeastern coast, is home to the beautiful Baía de Sancho. Consistently ranked one of the world’s best beaches, Baía de Sancho has a backdrop of lush cliffs, and its UNESCO World Heritage Site status keeps it protected from development. In addition to its variety of undeveloped beaches, the island of Fernando de Noronha is known for its exceptional scuba diving and snorkelling.

A short flight from Sydney — and a secret among in-the-know locals — is the quaint Lord Howe Island. Thanks in part to a tourist cap limit of 400, the mountainous island (the product of a volcanic eruption seven million years ago) steers clear of tourist traps and soothes with stunning sandy beaches, subtropical forests, and clear blue water. Residents and visitors of Lord Howe Island travel by foot or by bicycle, allowing them to take in the fresh mountain air and lush rolling hills.

Offering a lush, Costa Rica-like experience, Isla Bastimentos rests in neighbouring Panama. The 62-sq-km island offers some of the country’s biggest draws in one place, like lush rainforests, mangrove islands, coral gardens, and breathtaking beaches. Here, guests enjoy a variety of activities, like snorkelling that doesn’t disappoint, guided hikes through the rainforests, and taking in incredible views from jaw-dropping vistas.

Among the most beautiful places in Nicaragua are the picturesque Corn Islands, two stunning islands — Big Corn Island and Little Corn Island — that sit 70 kilometres east of the country’s Caribbean coast. Here you’ll find untouched beaches, modest but charming accommodations, laid-back bars, fresher-than-fresh seafood, and no shortage of hammocks to relax in.

The secret is out about the 115 islands of the Seychelles, and the region’s breathtaking Anse Source d’Argent is one of the most photographed beaches on the planet. But that doesn’t mean you’re too late to take a trip. White sand, emerald-blue water, and unmistakable and eye-catching granite boulders characterize the palm tree-filled beach. While no longer as remote as it once was, it still manages to retain its peaceful and serene vibe, especially during its consistently stunning sunsets.

While Phú Quốc is the largest island in the Gulf of Thailand, it has remained a much better-kept secret than the neighbouring Thai destinations like Phuket and Koh Samui. Thanks to the fact that over half of the island is protected as a national park, its numerous white-sand beaches remain untouched and unexposed. Draws of the island include its scenic mountains, tropical jungles, hiking opportunities, and local markets.

If you’re looking for an isolated beach and no shortage of like-worthy photo ops, hit Rangiroa and sink your feet into the glowing pink sand of Les Sables Roses. The deserted pink sand beach gets its memorable shade of pink thanks to pulverized coral (Le Sables Roses is French for “The Pink Sands”), which complements the turquoise water. Visitors to Rangiroa come for some of the best diving on the planet and to photograph the region’s massive blue lagoon.

For a surf trip that won’t break the bank, head to Uluwatu, Bali. As opposed to all of the frills attached to a typical beach vacation, a trip to Uluwatu is more low-key despite the adrenaline rush offered by the powerful surf (this is borderline experts-only territory), and is filled with cheap beer and relaxed vibes. The region is known for the Pura Luhur Uluwatu temple, which sits on top of a hill and offers some of the best views of the beaches and sweeping sea below.

Located off the coast of Senegal are the 10 islands that comprise Cape Verde and its multiple untouched beaches. In particular, one of the region’s most beautiful towns is Santa Maria. Complete with powdery white beaches and picturesque turquoise water as far as the eye can see, Santa Maria is peppered with pastel-coloured buildings, al-fresco restaurants, and live-music bars, creating a truly unique experience for visitors.