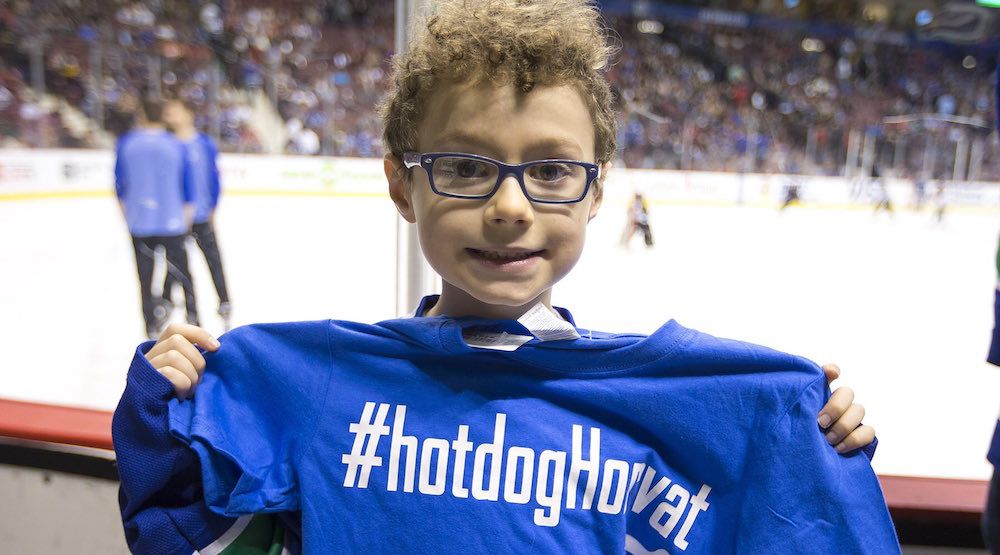 It started with a deal between father and son, and a sign. It became a legendary when Bo Horvat broke in alone on Mike Smith and scored a beauty – the wiener dog clinching goal – against the Coyotes on January 4.

It was already nice story about a cute kid named Adley, but today it became a nice story for animal lovers.

The little boy’s father Aaron said he planned to buy a shelter dog, which sparked an idea.

Two nights later, the Canucks sold a limited number of #hotdogHorvat t-shirts and hot dogs at Rogers Arena, with 100% of proceeds going to the BC SPCA. One person told me the Team Store was sold out of the t-shirts more than 40 minutes before game time, while the hot dogs sell themselves.

John Garrett making perhaps his best statement of the night. 😂

Well the results are in, and the Canucks managed to raise $5,695 for a great cause.

Daily Hive spoke to Aaron this week, who said he is on a waiting list with BC SPCA for a local short-haired male daschund wiener dog.