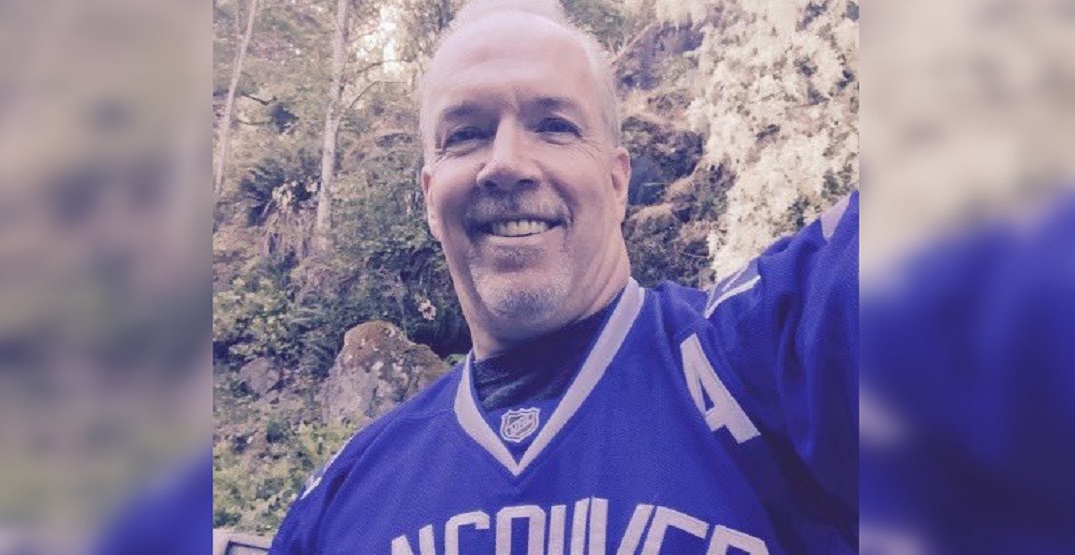 Horgan tweeted out his bet, offering up some BC sockeye salmon if the Canucks lose.

Wishing our friends to the south in Washington a warm welcome to the NHL as the @SeattleKraken host the @Canucks in their first ever home game tonight.

Hey @GovInslee – how about a wager?

Willing to bet some fresh BC sockeye salmon on it? pic.twitter.com/ysSTWe3ZAt

Inslee accepted the wager, but didn’t clarify exactly what he’d be sending back the other way should the Kraken fall to the Canucks.

I accept @jjhorgan. You are on. I have confidence that @SeattleKraken will beat @Canucks tonight. I look forward the victory (and the salmon).

Thank you for the welcome to @NHL. I look forward to many years of spirited competition in this new NW rivalry. https://t.co/r9VOmmrSj0

Many noticed that Horgan’s jersey looked like it might’ve been a knock-off jersey, judging by the wrinkled “VANCOUVER” letters on the front.

Puck drop for tonight’s game is set for 7 pm PT. The Canucks enter the matchup 2-2-1, while the Kraken have won just one of their first five games as a franchise, going 1-3-1.

Cross-border political bets are nothing new to the sport of hockey.

Last season, American president Joe Biden and Canadian PM Justin Trudeau placed a bet on the Stanley Cup Final between Tampa Bay and Montreal. There were just a few issues with the bet itself: it happened midway through Game 1, for starters, and they never clarified any actual details of the bet.

With Montreal losing 4-1 in the series,  Trudeau’s staff ended up sending Biden some smoked meat sandwiches.