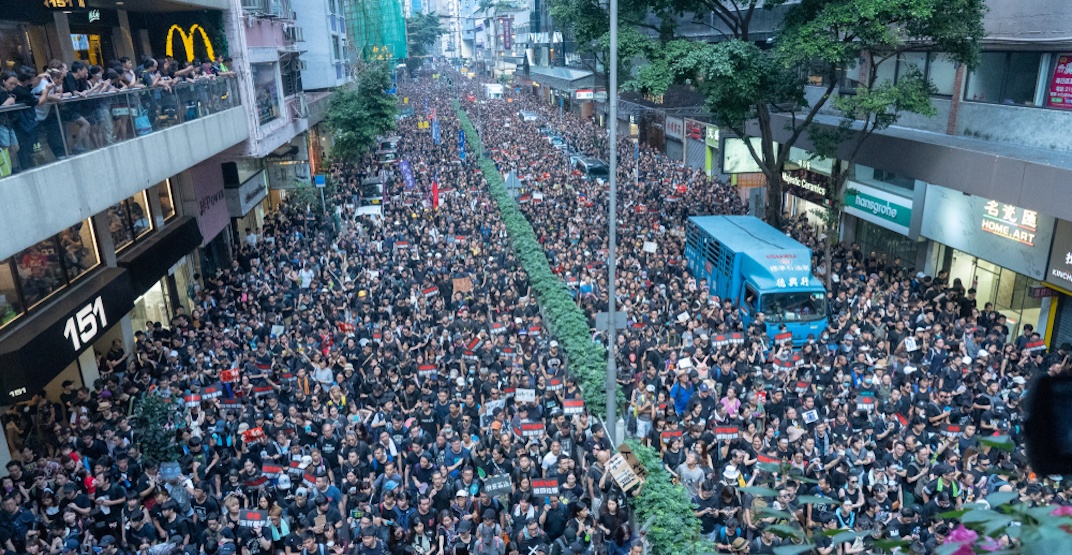 After a month of protests that saw as many as two million people in the streets at one time, Hong Kong’s Special Administrative Region (SAR) government claims it has made a decision to no longer pursue an extradition bill with Mainland China.

“There are still lingering doubts about the government’s sincerities or worries over whether the government will restart the [extradition bill] process in the legislative council. So I reiterate here that there is no such plan, the bill is dead,” said Hong Kong chief executive Carrie Lam during her English language address to the public and media on Tuesday, adding that this will “take Hong Kong out of the current impasse.”

But not everyone is convinced, with activists asserting that Lam did not go far enough to address public demands, and that the bill is still technically in motion within Hong Kong’s legislative procedure.

According to the Hong Kong Free Press, more protests are planned due to continued public skepticism over the government’s intent.

2. The proper way for Mrs Lam to “kill” the bill is to invoke article 64 of the Rules and Procedures, to FORMALLY WITHDRAW the bill. However, she fully IGNORE this procedure in her speech.

Since early June, there has been an immense show of public opposition against a proposed extradition bill that would allow anyone in Hong Kong, including foreigners, to be sent to Mainland China to face trial under Chinese law.

Opposition was fuelled by widespread public sentiment that this represented the latest and most significant erosion of Hong Kong’s established ‘one country, two systems’ of governance — a legacy of Britain’s 1997 handover of the colony to China, with an expiration of 50 years.

This system of governance provides Hong Kong with guarantees of basic freedoms, including the freedom of the press and a separate judicial system, which are integral to the foundation of the city’s free market economy.

Protests in recent weeks also devolved into violent encounters between protesters and police, resulting in numerous arrests. The legislature in Hong Kong was also severely damaged by vandals when protesters stormed into the building after a full police retreat overnight.

On the other side of the Pacific, Vancouver’s Hong Kongese community has been closely watching how events have been unfolding in Hong Kong, and several protests outside the Vancouver Chinese consulate and downtown have been staged in solidarity.

Continued political turmoil in Hong Kong could have geopolitical and migration effects for Vancouver and its housing market; an estimated 300,000 Canadian citizens are living in Hong Kong, allowing them quick mobility to Canada should the situation in Hong Kong continue to devolve.

For those opposed to Beijing’s increasing steps to assimilate Hong Kong with Mainland China, if the extradition bill is proven to be a complete, official defeat within Hong Kong’s legislative process, this would likely only amount to a victory of one battle in a long war ahead of the end of ‘one country, two systems’ in 2047.