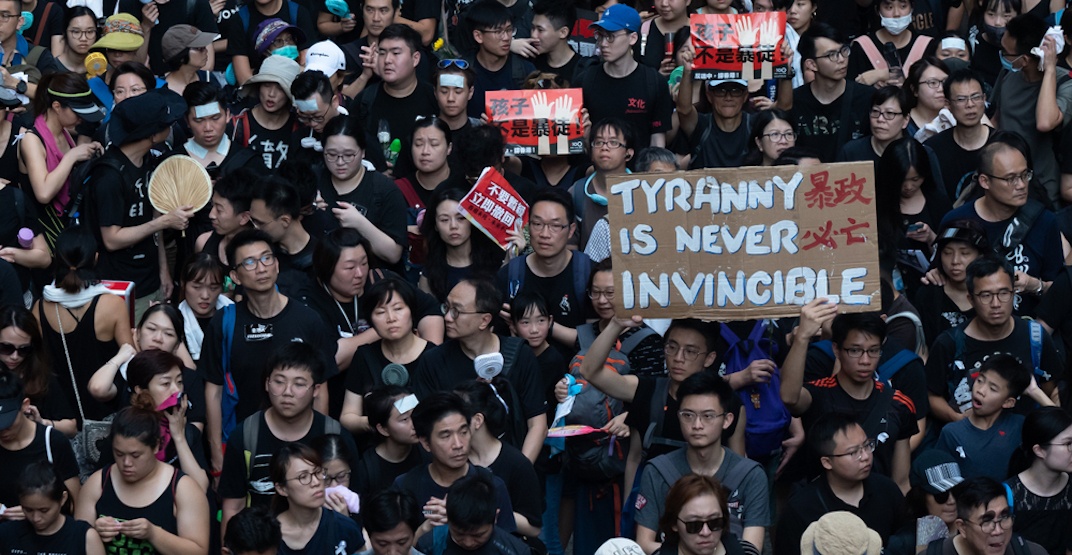 Library Square in downtown Vancouver will be the venue of a planned protest on Saturday, August 31, in solidarity with major pro-democracy rallies and protests planned for Hong Kong over the weekend.

According to the Vancouver Society in Support of Democratic Movement, the protest will be a show of support for freedom and democracy in Hong Kong. The rally begins at 2 pm at 300 West Georgia Street.

“After intimidation and harassment by Pro-Beijing counter protesters in the last few weeks, the cities that are affected want to show the world that we will not give in to rhetoric that threatens democracy,” reads a statement by the group.

“We are not afraid, and we will continue to support Hong Kong citizen’s plight regarding their diminishing civil liberties.”

In the last few weeks, pro-democracy rallies in Vancouver, and in other cities with a strong Chinese presence, were countered with pro-China protests, with the latter widely deemed as an act of intimidation. 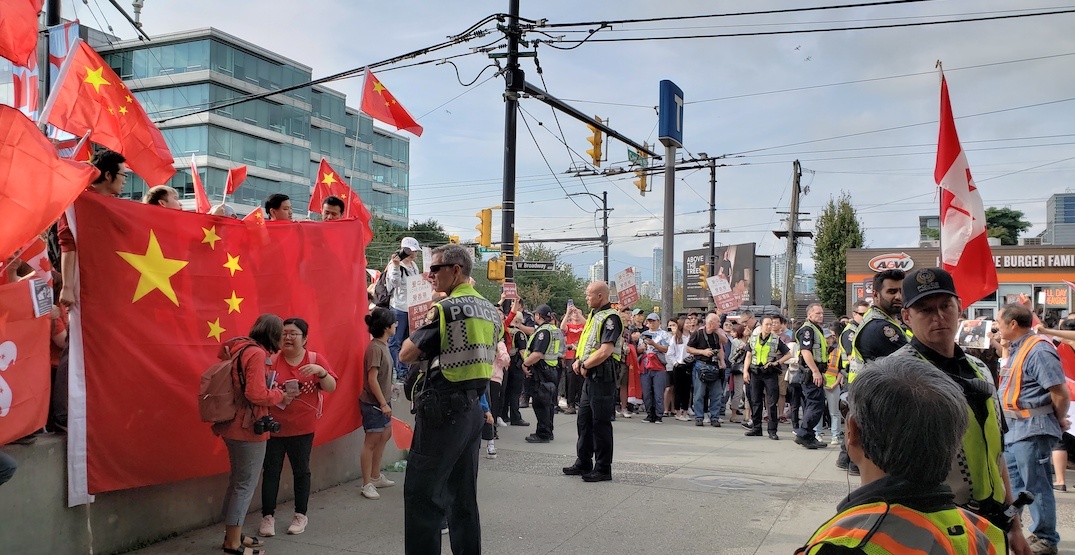 Hong Kong’s summer of unrest, now in its 13th consecutive week, initially began as a movement to demand the city government maintain the status quo of ‘one country, two systems’ governance and the complete withdrawal of an extradition law to Mainland China.

Mass marches through the city streets attracted upwards of two million people, while other acts caused traffic on major road thoroughfares, the subway, and the airport to come to a grinding halt.

After initial violent clashes with police and the city government’s refusal to officially withdraw the extradition law from the legislative process, pro-democracy protesters have outlined five demands to their government:

The protests, which have attracted all walks of life from Hong Kong society, are also rooted in decades-long frustrations after the British handover of Hong Kong to China, with the increasingly apparent erosion of Hong Kong’s autonomy, and the resulting social, cultural, and economic divisions.

Meanwhile in Mainland China, state-controlled news and social media coverage has ignored police brutality and the five demands, with a sole focus on the deeming the protests as “terrorism,” an independence movement, and being a result of Western influences.