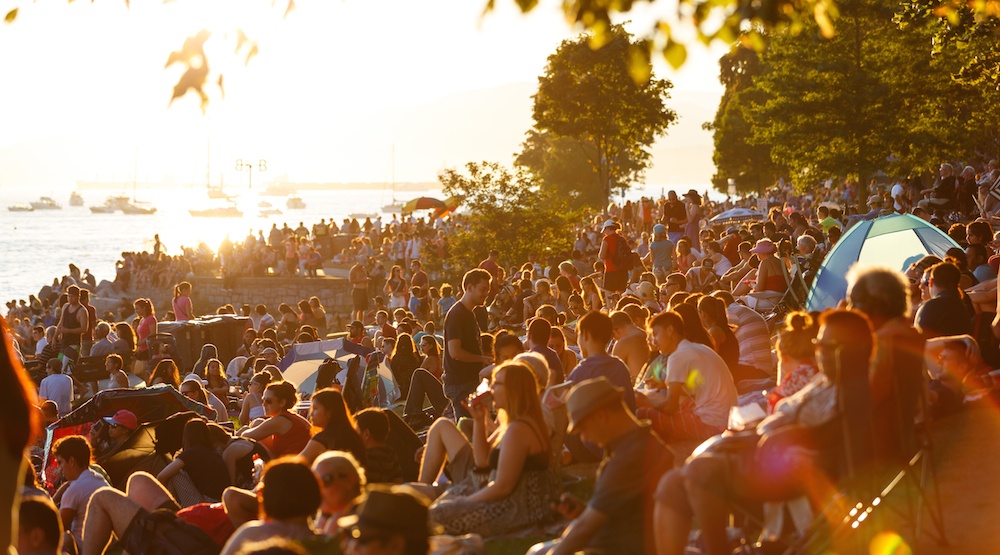 Beachgoers at English Bay waiting for the fireworks. (Honda Celebration of Light)

Much of the Honda Celebration of Light’s firework festival programming will take place at a new and larger site in Stanley Park beginning this summer.

Organizers announced Tuesday that concerts and programming which usually takes place at Sunset Beach will be relocated to Ceperely Meadow at Second Beach in Stanley Park, which also provides revellers with better sight lines to the fireworks.

This is the same location where free outdoor movies are screened every summer.

The newly-named ‘Park Stage’ will be located at this new venue and boast a diverse set of local live music over all three fireworks nights.

Within this new free festival zone, live music will also be complemented by food trucks, the REMAX Family Zone, sponsor activations, and liquor between 2 pm and 9 pm.

The popular LG104.3 Shorefest Stage will return to its usual location at English Bay Beach on Wednesday, August 2 with Emmy Award-winning The Fab Four headlining the night’s concert.

As well, pre-fireworks airshows performed by Mrazek Airshows on Saturday, July 29 and Saturday, August 5 will provide beachgoers with a stunning aerobatic performance over English Bay before the spectacular fireworks.