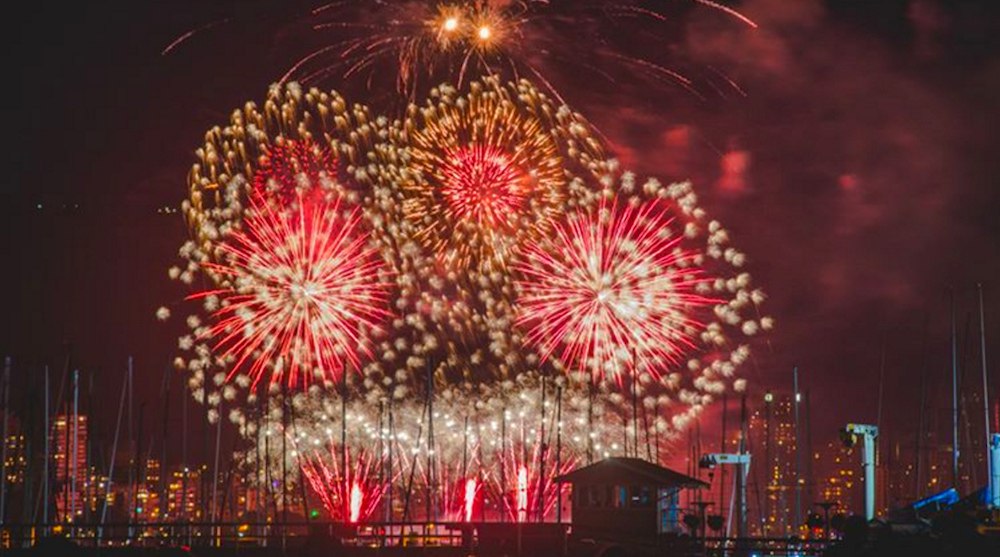 Three Canadian songs selected by the public through an online vote will be incorporated into the synchronized soundtracks for the 2017 Honda Celebration of Light.

Early last month, fireworks festival organizers announced this year’s participating countries and the start of a month-long public vote on social media to select a Canadian song for the fireworks performances. It is all part of the event’s programming theme of celebrating Canada’s 150th anniversary.

Ultimately, the three songs with the highest number of votes were selected: “Ahead by A Century” by The Tragically Hip, “Hallelujah” by Leonard Cohen, and “Summer of ’69” by Bryan Adams.

Each of the three fireworks competitors – Japan (Saturday, July 29), United Kingdom (Wednesday, August 2), and Canada (Saturday, August 5) – will get to choose one of these three songs for their show. The song selected by each pyrotechnics team will not be known until the night of the fireworks.

Results of the public vote

The public was provided with 10 song options to choose from, including “Haven’t Met You Yet” by Vancouver’s very own Michael Buble to “Hallelujah” by Leonard Cohen.

Here are the final results:

Honda Celebration of Light fireworks shows are traditionally 25 minutes long per night, but this year’s trio of performances celebrating Canada 150 will be extended by three minutes for a total duration of 28 minutes for each show.

Yesterday, the provincial government announced it was providing festival organizers with a one-time $250,000 contribution to enhance this year’s event. The annual budget of the event is approximately $3 million.