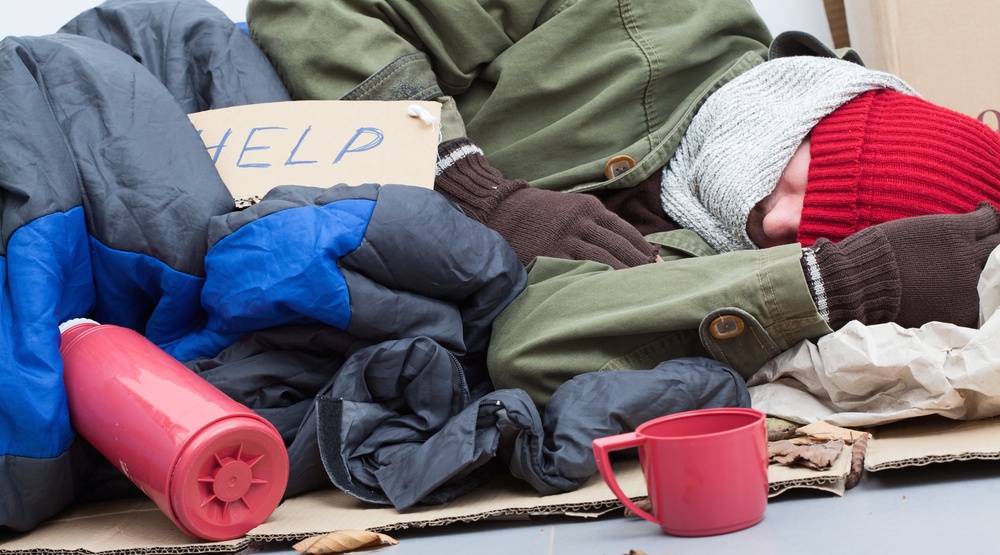 A homeless person sleeping on the streets (Photographee.eu/Shutterstock)

A new report published by Megaphone magazine has found that more homeless people in British Columbia died in 2015 than in any year on record.

According to Megaphone’s data, 70 homeless people died in 2015, which is a 56% increase from 2014 and the highest in any documented year.

Half the homeless people who died in BC in 2015 were under 40 years old. The median age of death for a homeless person was between 40 and 49 years old.

Homeless deaths happen on the street

In 2015, most of the homeless people who died (89%) were men or boys, according to the BC Coroners Service.

However, the report notes that women make up a higher percentage of the “hidden” homeless population and may not be counted in the coroner’s homelessness definition.

Hidden homeless are those who stay temporarily with friends or family, stay in violent relationships for lack of housing options, and are otherwise not counted traditionally.

The BC Coroners Service, therefore, estimates the true number of people who died in BC while homeless is roughly double the amount recorded.

Deaths linked to alcohol and drug use  in 2015

In 2015, the majority of recorded homeless deaths were linked to drug and alcohol poisoning. This was a 161.1% increase from the previous year.

Megaphone says they “expect to see another increase in the number of people experiencing homelessness who die from drug or alcohol overdose when the 2016 homeless deaths data is released.”

Governments must step up

In order to prevent the deaths of homeless people in BC, Megaphone is calling for more support from all levels of government.

“Municipal governments of all sizes must accept there is a homeless crisis in their cities and treat it with the urgency of a public health emergency,” said Megaphone in the release.