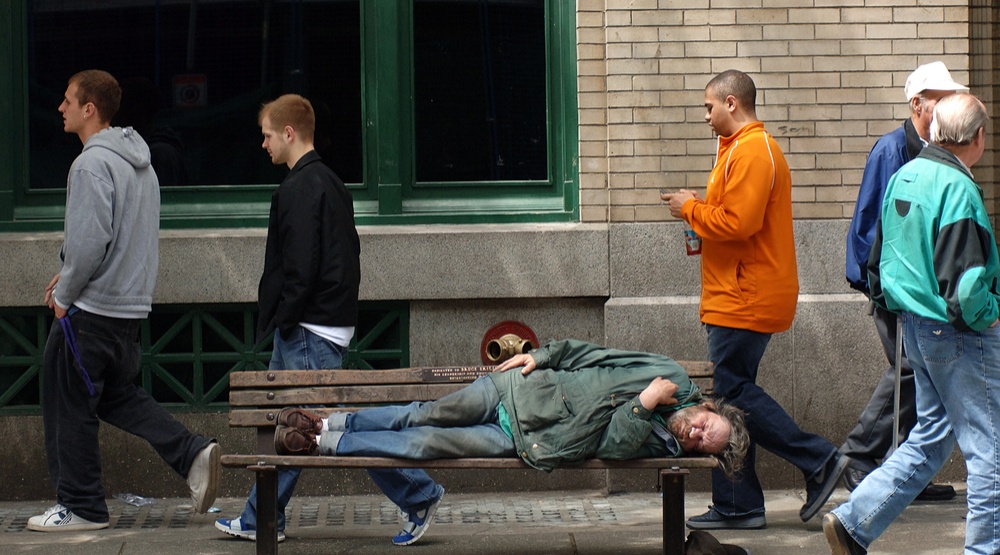 While people fight over road salt to remove ice from their sidewalks, what are we doing as human beings to remove the ice of our own indifference when it comes to the homeless problem in Vancouver?

Every day in downtown core I have to walk up Granville Street to get to work. Every day I see the same homeless people lying in doorways or in the middle of the sidewalk as pedestrians just walk on by. You see it too. It’s gross, isn’t it?

I’ll admit it, I’m one of those pedestrians who just wants to get to work in a timely fashion. Sometimes I choose to walk up another street just so I don’t have to keep looking at the problem. But guess what? It’s there too.

The homeless crisis has become a fixture in Vancouver, like the Steam Clock in Gastown or the seawall around Stanley Park. It’s not the tourist attraction we want, but it’s there, and as a city we have become adept at ignoring it.

There are many reasons why people are homeless and to point to one thing is futile. How many of us have actually sat down and spoke to someone on the street to hear their story? Drugs, mental health, bad luck, no jobs, physical ailments, the list goes on.

Do the reasons really matter?

It’s easy to blame different levels of government but we should really stop for a second and stop passing the buck. Sure, there are different things our governments could and should do as far as policies and funding are concerned, but that’s a whole different write-up and not something I really want to dip my toe into.

The fact is, homelessness hasn’t gotten better, if anything it appears to have gotten worse and although we all like to pretend we care around the holidays, what are we doing to extend the Christmas spirit into the rest of the year? You don’t need a Christmas tree and some pretty lights to have that same spirit of compassion. If you do, it was never genuine.

It’s rather shocking to see people still sleeping in sub-zero temperatures as shelters are over capacity and volunteers are being stretched to their limits. There are many kind souls who are on the front lines who are doing so much for the homeless situation. I applaud you and thank you for everything you are doing. 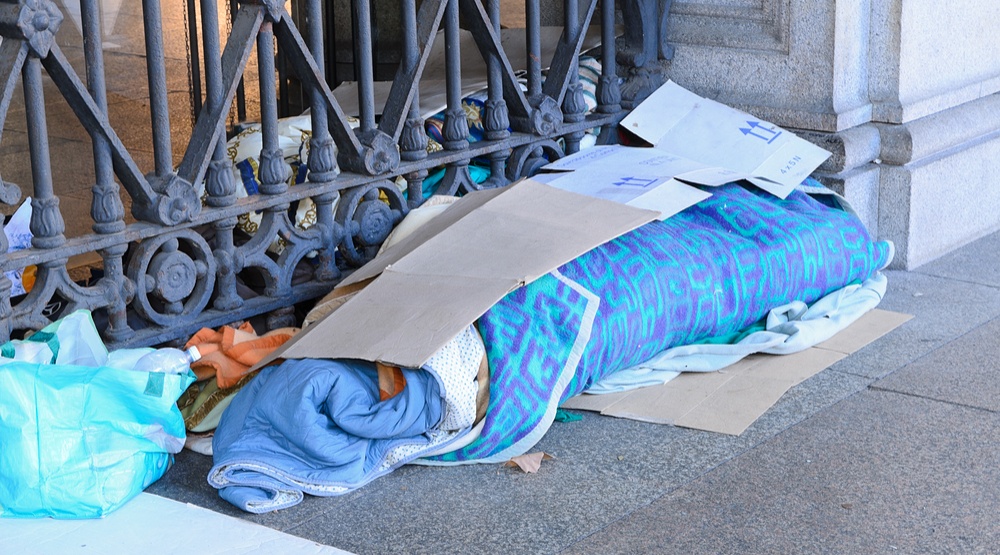 For the rest of us, what are we going to do?

Have any of us actually stopped for a second and maybe given someone a cup of coffee? Or maybe bought someone a meal? What about volunteering or giving away a blanket or two? There are so many things big and small that we could do to help. It doesn’t take a lot of effort, it just takes a loving spirit.

Instead we turn up our noses at the needy and justify that snobbiness in our heads by telling ourselves it’s their problem. “Don’t get hooked on drugs” we say to ourselves, or “I’m not going to give you anything because it’s your fault that you’re on the street.” “Go find a shelter, go find help.” “Get a job.” Or the best one, “It’s really expensive in Vancouver, and I need the money more than you.”

I get tired of our materialistic bullshit. Why can’t we look past our own greed and selfishness and do one thing that might give a needy person hope?

If we all decided to go out and give of ourselves imagine the kind of impact we would have. Screw government, we as people can be shining examples of where compassion needs to be. We don’t need bureaucrats because we set our own policies here. 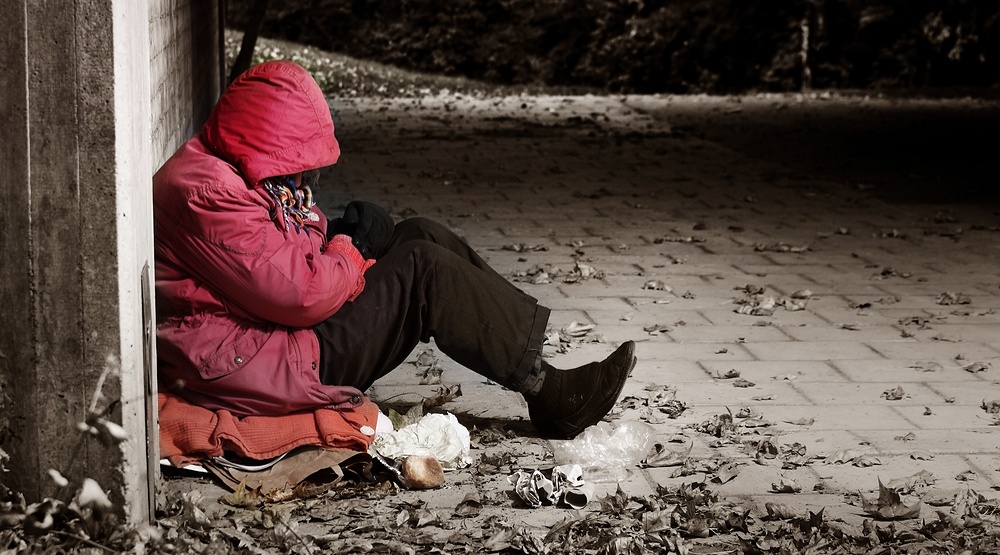 There is a famous Buddhist saying, “Radiate boundless love toward the entire world…” The key word here is radiate. It’s cold outside, people need that radiated warmth of kindness. If we really wanted to, we could burn off some of the icicles around our own hearts.

I believe in human beings. I believe that we all want to show love and compassion. It’s addictive, it’ll get you higher better than any of Vancouver’s dispensaries will.

Today, I gave a homeless man a hot meal. It cost me $7. I’m not saying that because I want a pat on the back. I just want to start the trend. That said, I never understood this idea that we shouldn’t announce to the world our good deeds. I beg to differ. I think we need to yell to the rooftops that we are doing good in this world. How else are we going to kick people in the ass to do the same?

There are many inspirations we can look to. Personally, I look to someone like Mark Brand and his team at Save on Meats and A Better Life Foundation. I recommend following Mark on Facebook and Twitter to see first hand how kindness and a giving spirit works.

Over The Holidays A Better Life Foundation ran a campaign of #BeingHungrySucks. That campaign continues to run today because needy people still exist after Christmas. Here you can give of your time or money to help feed thousands of people who are living on the street or in extreme poverty.

What are you waiting for? Let’s not just do it once, let’s make it a habit. Let’s get addicted to kind deeds, shall we?

It would be nice for Vancouver not to be known for its homeless problem. It would be great to have a reputation for our giving spirit. Let’s continue to be shining lights of compassion. Let people know how you’re going to be exceptional. Let’s take the passion we have for free road salt, harness that, and use it to melt hearts instead.

In the comments section below this post or on social media, I urge you to let us know how you are going to do a random act of kindness for Vancouver’s homeless. Please help.