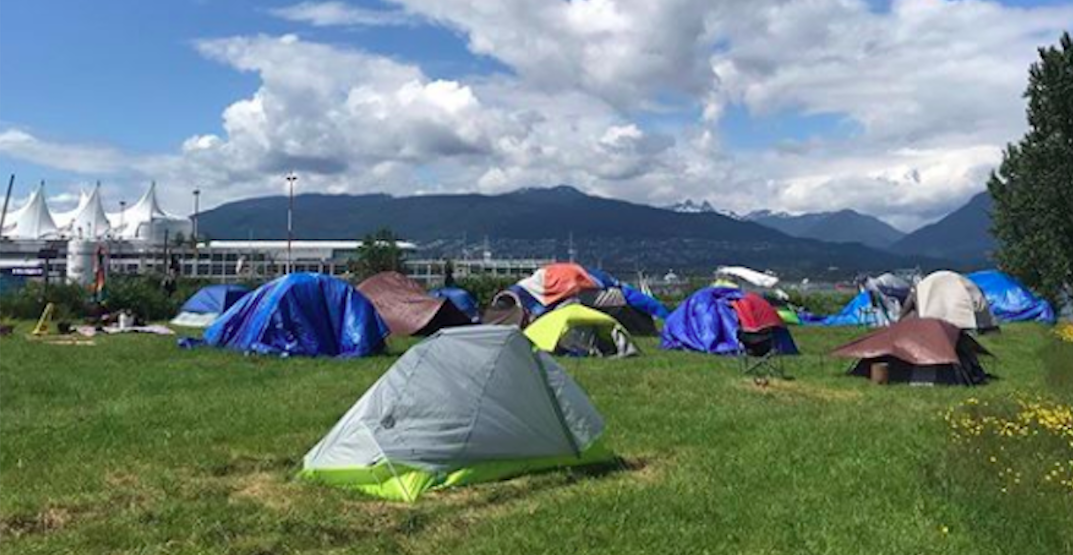 After a group of homeless campers were forced to move out of Crab Park in East Vancouver this week, following an injunction from the Vancouver Fraser Port Authority, another homeless camp has started to spring up in nearby Strathcona Park.

Now, some residents in the neighbourhood are expressing their concerns with this latest turn of events.

In a statement, the Strathcona Residents Association (SRA) said that while it empathizes with the plight of people looking for a place to live, they are concerned that Strathcona Park was not set up to house so many people for so long.

The SRA states that park facilities “were not designed nor intended to support a large, long-term encampment.”

And despite good intentions, “the camp at Oppenheimer Park became a free-zone for gang activity, weapons, and violence,” the statement said. “It was not a safe place for anybody, especially the people living there. In the aftermath, the park itself was left decimated.”

Earlier this month, a group of Downtown Vancouver residents started a petition against the relocation of Oppenheimer Park residents, citing that there’s been a “growing sense of fear” and that many residents “no longer feel safe.”

The petition argued that the relocation has spread many of the problems seen by Oppenheimer Park across the downtown core.

“This relocation has exacerbated the issues stated above and has not solved these problems,” the petition said. “It only further spreads it throughout our city, subjecting more Vancouver residents to being victimized.”

In light of these and other recent events, the SRA states that it would like to see “elected officials at Parks Board, the City of Vancouver, the Province of British Columbia, and the Government of Canada stop passing the buck and summon the leadership, collaboration, and courage to come up with a sustainable solution.”

This is the third homeless camp to appear in a city park in recent months, after a large tent city in Oppenheimer Park was dissembled in early May. And while the provincial government said that all campers in the park had been offered hotel rooms, some chose to move to Crab Park and set up camp there.

Last week, those campers were given 72 hours to pack up their belongings and leave this week, after Vancouver Fraser Port Authority (VFPA) ruled in favour of an injunction filed by the Vancouver Port Authority – whose jurisdiction the park falls under – to have them removed.

And this week, 46 people were arrested on Tuesday afternoon after the Vancouver Police Department (VPD) moved in on the homeless encampment, acting on the injunction.

Officers first arrived at 6 am on Tuesday, working to help the campers leave. According to police, an estimated total of 60 people left the area but at approximately 4:30 pm, “dozens of people stat on the ground and refused to leave.”

Police said those people were arrested for failing to comply with the court order.