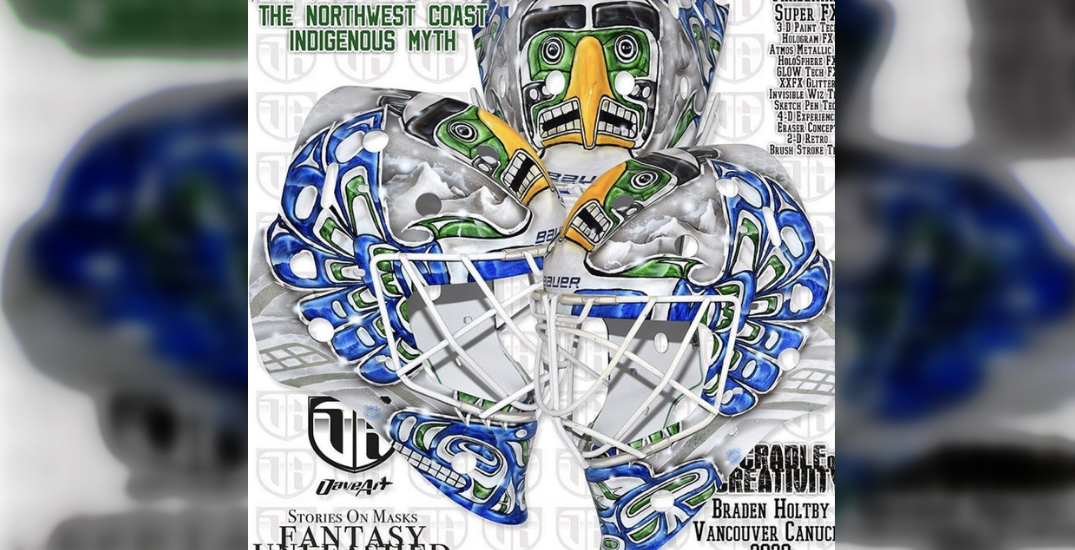 The goalie for the Vancouver Canucks has apologized after the artwork on his custom hockey mask was criticized for appropriating First Nations culture.

Gunnarsson wrote in a now-deleted Instagram post that he based the design on “the myth of the Thunderbird,” which he described as a “Canadian north west coast myth.”

The post quickly drew backlash on social media as users pointed out that the design is an appropriation of First Nations art.

“I wanted to make sure I apologize to anyone I offended,” Holtby told CTV News. “It was definitely not my intent and I definitely learned a valuable lesson through this all and will make sure I’m better moving forward.”

The Vancouver Canucks declined to provide additional comments, telling Daily Hive in an email the goalie’s “honest, reflective comments, explanation and commitment to collaborating with indigenous artists on a future mask will suffice.” 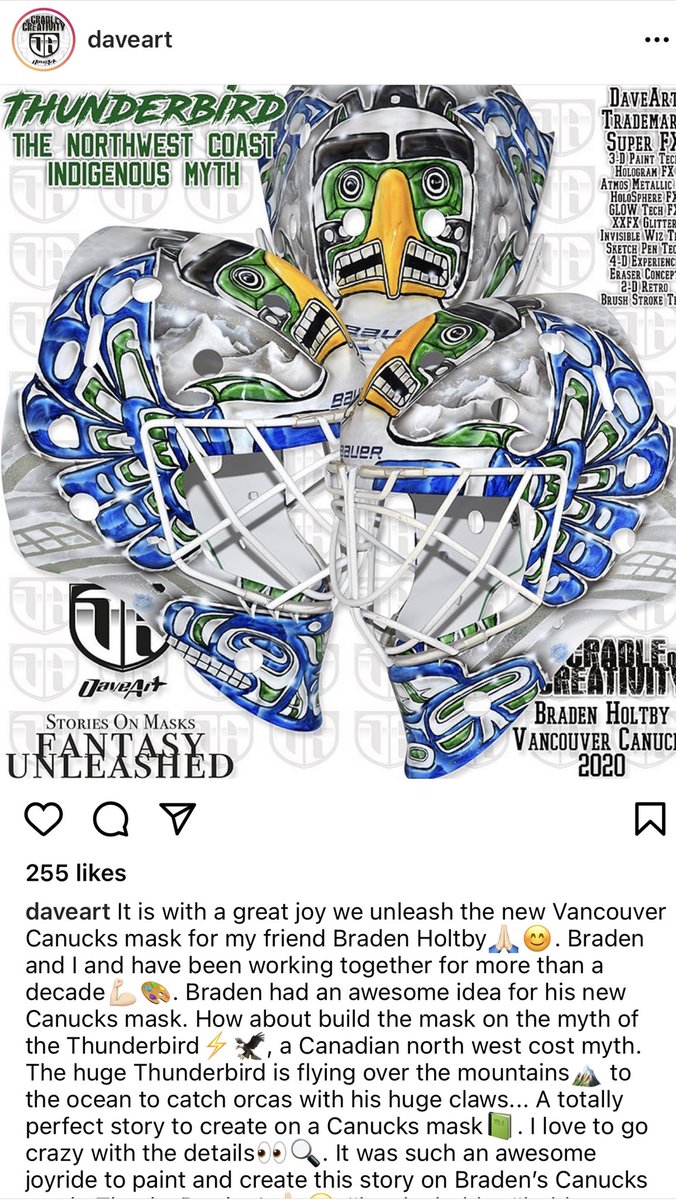 Jay Soule, an Anishinaabe artist based in Toronto, said that while he does see the design as cultural appropriation, Holtby’s apology and Gunnarsson’s removal of the post have begun to rectify the situation.

“This is about correcting. This should have nothing to do with cancel culture – it should be about education,” Soule said. “[Holtby] should understand how it hurts an Indigenous artist when this happens. He’s directly taking away from them.”

As an artist, Soule says that he makes 30 to 40% less than his non-Indigenous counterparts because of “knockoff” pieces of art sold in gift shops and museums have devalued his work.

Through his website, Soule advocates to ensure that Indigenous people are the sole creators of cultural items being marketed as such. This, he writes, would “allow our communities and artists to reclaim control and maintain agency over how our cultures are represented.”

Holtby’s mask is a drop in the ocean of Canada’s long history of cultural appropriation.

Soule points to the Indian Act – which forbade First Nations people from expressing their identities through their own arts and culture from 1876 to 1951 — as one of the underlying reasons why non-Indigenous people feel so entitled to the works of First Nations peoples.

“There is a long legacy where things have been stolen. It’s a huge issue,” Soule said.

The artist encouraged Holtby to follow up on comments he made to CTV that he would include an Indigenous artist in the redesign of the mask.

“It should be a collaboration. Think about a young artist seeing themselves represented in the NHL — in a game that was invented by Indigenous people,” Soule said. “That would be huge for representation.”

Daily Hive has reached out to David Gunnarsson for a comment.