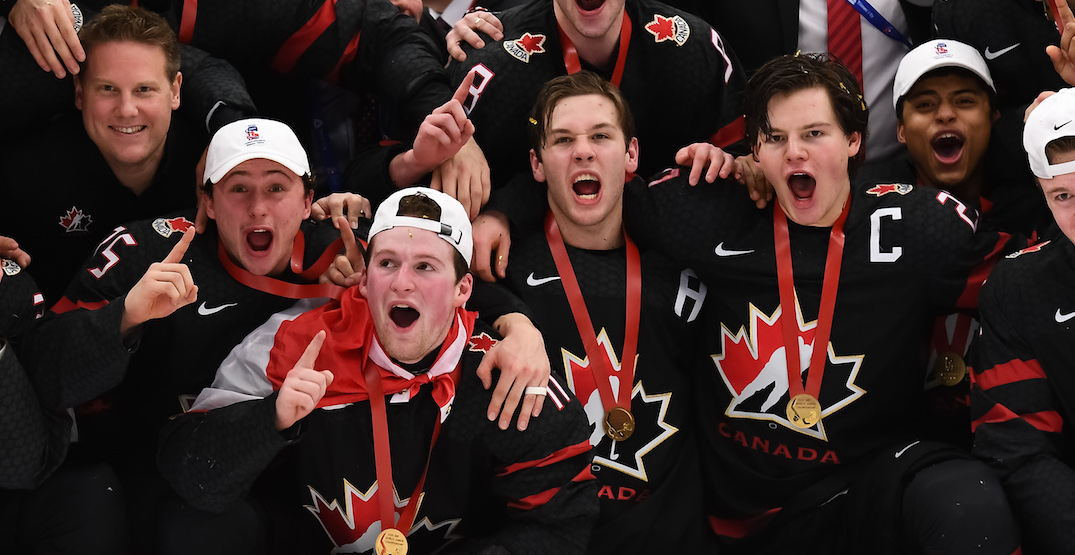 Now this is a contest.

Hockey Canada has unveiled a brand new contest in advance of the World Juniors in Edmonton, with one heck of a grand prize.

One lucky winner of the contest, which runs until January 5, will collect two ticket packages to the World Juniors for the next 10 years (travel not included). Other prizes include golf packages and round-trip airfares from Canada to any major international airport in the world.

The contest is open to fans across the country (excluding Quebec), with tickets available for as low as $1. Enter online through the Hockey Canada website.

If you enter early, you’ll also be eligible for bonus early bird prizes:

Items include autographed jerseys, sticks and photos, as well as game-worn jerseys from the 2021 World Juniors. The bidding starts on December 26 at HockeyCanadaAuction.ca.

“The World Juniors is an annual holiday tradition, and although the tradition will look and feel a little different this year, Hockey Canada wanted to offer fans across the country the opportunity to get involved in the World Juniors while watching the best under-20 players in the world compete for gold in Edmonton,” said Riley Wiwchar, executive director of the 2021 IIHF World Junior Championship.

“With a number of great prizes and auction items to be won, we know fans will have another reason to be excited for the World Juniors.”