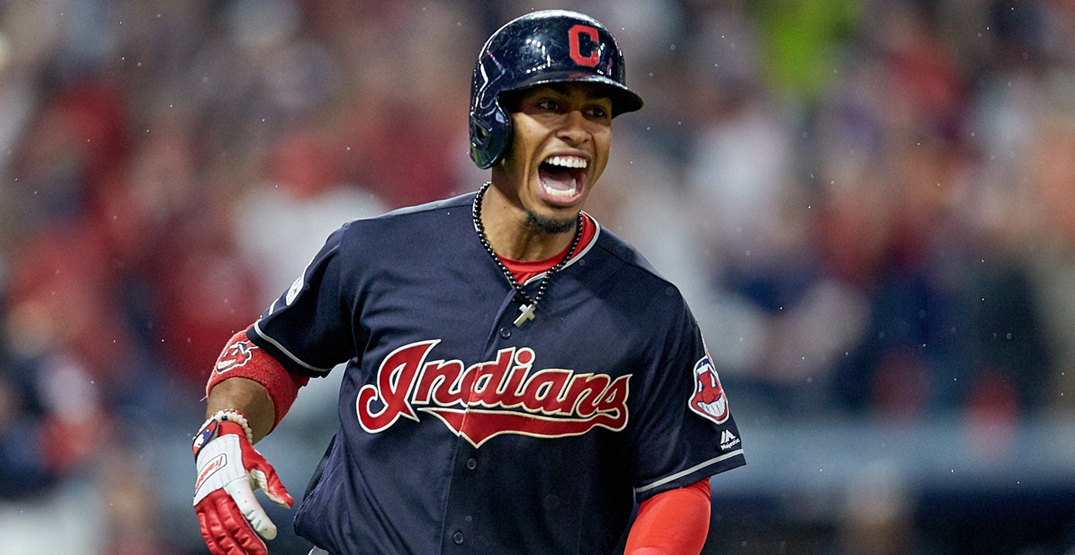 There are plenty of fish in the sea of free agents this winter, but if you want to land a monster, sometimes you need to cast a line out into a different pool altogether; tradeable players.

The Toronto Blue Jays are in an enviable position this offseason; not only do they have room on their payroll to add a big free agent or two, they’re rife with top-end prospects to swing a trade for a high-impact player.

The Blue Jays were one of the most active teams at the 2020 MLB trade deadline, making five separate trades to address their lack of starting pitching. But there are plenty of places where they can upgrade in the field this winter.

It only makes sense for this club to remain aggressive on the trade market to make their team that much better entering the 2021 campaign. These are five position player trade targets the Blue Jays should aim for in the coming weeks.

Rarely (if ever) does one of the best shortstops in baseball become available. Francisco Lindor is a four-time All-Star, Silver Slugger, Gold Glover, and the Cleveland Indians reportedly have him on the trading block this winter.

Cleveland, strapped for money, intend to trade All-Star shortstop Francisco Lindor by opening day, several rival teams have been informed. Lindor earned $17.5 million last season and is projected to earn about $21 million in salary arbitration in his final year before free agency

The Blue Jays have the prospect capital to swing a deal for Lindor, but the million dollar question is whether they want to sell the farm for a one-year rental. Lindor will hit the open market next winter as part of the 2022 free agent class, at which time the Blue Jays could ink him to a long-term deal.

But if the Blue Jays want to improve their playoff odds in the short term and are confident they can re-sign Lindor, then it makes all the sense in the world to go get him now.

On the other hand, if the Blue Jays want to swing a big deal, why just trade for one All-Star infielder when you can have two? Jose Ramirez just wrapped yet another MVP-calibre campaign for Cleveland and has three years left on his current deal.

Ramirez might be the higher-impact trade target long term for the Blue Jays as opposed to Lindor, as that $20 million price tag for a top tier third baseman is just too good to resist. But it would take a king’s ransom to land him from Cleveland.

In his six-year career, Arizona Diamondbacks’ infielder/outfielder Ketel Marte has bounced around between centre field, second base, and shortstop. At 27 years old, it’s still difficult to determine his native position.

Luckily, the Blue Jays need to improve in the outfield and the infield, and a multi-faceted player like Marte presents a very intriguing option to improve the roster. Technically, he’s a slightly better defensive outfielder than infielder, but his bat plays no matter where he’s stationed on the diamond.

Marte has four years left on his current deal with the D-Backs, and although he took a bit of a step back offensively in 2020, he had a breakout campaign in 2019, earning an All-Star nod and he finished fourth in NL MVP voting.

Whit Merrifield is the Royals’ equivalent of Cavan Biggio, with the ability to play first base, second base, left field, and centre field. He would be another versatile interchangeable piece Blue Jays manager Charlie Montoyo could shift around the diamond.

Merrifield may not be among the best centre fielders in baseball, but he’d be a welcome improvement upon the Blue Jays’ current options at the position. He provides average offence, above average defence and his three years of control at $20 million is a palatable deal for a team like the Blue Jays.

If the Blue Jays are targeting defence above all else in the outfield, there’s no better option on the trade market than recent Gold Glover, Tyler O’Neill. The Cardinals outfielder led all left fielders in baseball with nine defensive runs saved in 2020.

His bat could use some work, but the Burnaby, BC native is wicked with his glove. He isn’t arbitration eligible until next year, and he’s likely not to cost too much moving forward in arbitration.

However, other than this past season, O’Neill has only played the outfield on a part-time basis. He held down the Cardinals’ left field position for most of the 2020 season, but on this Toronto Blue Jays team, he may fit better as a fourth outfielder/platoon player.