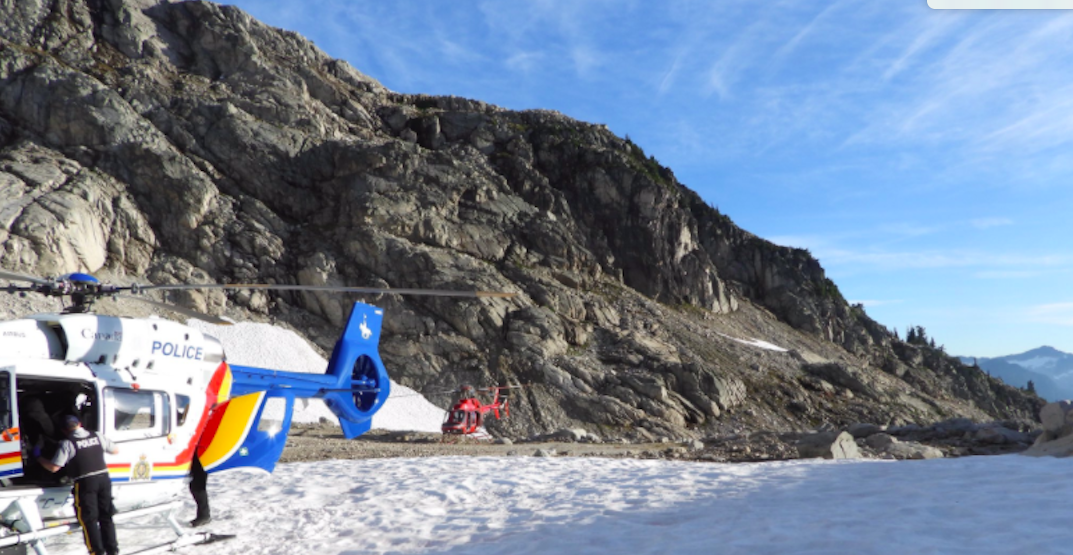 Calling it a “tragic weekend” in the area, Squamish RCMP said that one woman is dead, and another was seriously injured after two separate hiking incidents in the Squamish Valley.

Police say the first call came in on September 4 for a woman who was missing in Crooked Falls and the second on September 6, where a woman had fallen around Sigurd Lake.

“On Friday at 11:30 am Squamish RCMP, BC Ambulance, and Squamish Search and Rescue (SAR) attended to a call for assistance from a hiker up the Sigurd Trail at Crooked Falls where their hiking partner had fallen into Crooked Falls,” police said. “Squamish SAR was able to locate the female in the waterfall clinging to a log 70 feet from the lookout point. ”

Police said rescuers “worked in tough and dangerous conditions to extract her safely from the waterfall.”

The woman, identified as a 25-year-old Surrey resident, “suffered serious injuries and was flown out by a waiting BC Air Ambulance to a Lower Mainland hospital,” police said.

Then, on Sunday, around 2:20 pm, police said officers and Squamish SAR were notified of a woman “who had fallen down a rock field and cliff face” on the Sigurd Peak off the Sigurd Trail loop.

Police said the woman had been hiking with a partner when they were on a steep technical portion, where she slipped on rocks and “fell a considerable distance.”

A helicopter rescue was called in to help locate the woman, identified as a Vancouver resident in her early 30s.

Police said the woman was found, but she had died of her injuries by that time.

Authorities are working with the BC Coroners Service on a joint investigation and the woman’s name will not be released at this time.

“It is disheartening to have these serious incidents happen in our area and our thoughts go to the family and friends of the woman who died yesterday and the hopes for a full recovery for the woman in Crooked Falls on Friday,” said Squamish RCMP Sgt. Sascha Banks. “Our Sea to Sky backcountry is not for beginners and even those of intermediate or advanced expertise find that things can go wrong very quickly.”

Banks added that the “skill level of our local Search and Rescue team is incredible and the efforts of our members to help find those lost or in trouble is unparalleled. All we ask is those who visit to research our landscapes, assess your skill level, have the right equipment, know the risks, and Adventure Safely.”