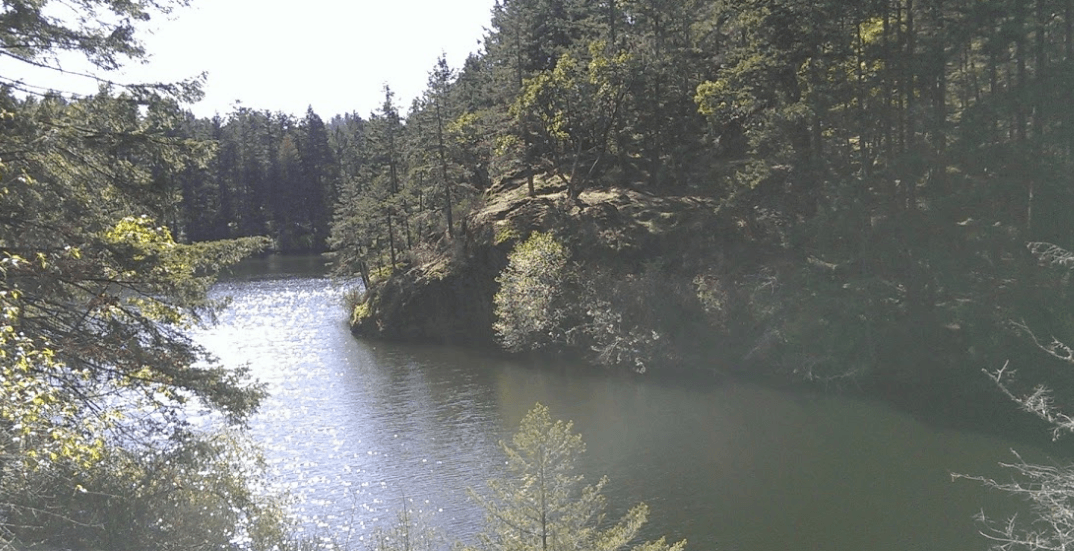 RCMP has ended its investigation involving a female hiker who was allegedly pushed off a Vancouver Island cliff last month because the “incident did not occur as was originally reported.”

On May 18, the 29-year-old woman said she was hiking near the first beach cliff face at Thetis Lake Regional Park when she apparently met up with a trio of three unknown women who were drinking alcohol.

The victim was looking over the cliff when she was pushed, which caused her to plummet nearly 12-metres into the water below.

The West Shore RCMP opened an investigation into the incident and made a public call for witnesses.

On June 12, Nancy Saggar, media relations officer with West Shore RCMP, issued a statement advising the public that the investigation had ended.

“While we cannot provide further specifics, Investigators have determined the incident did not occur as was originally reported and suspects are no longer being sought in relation to this matter.”

With files from Darcy Matheson.