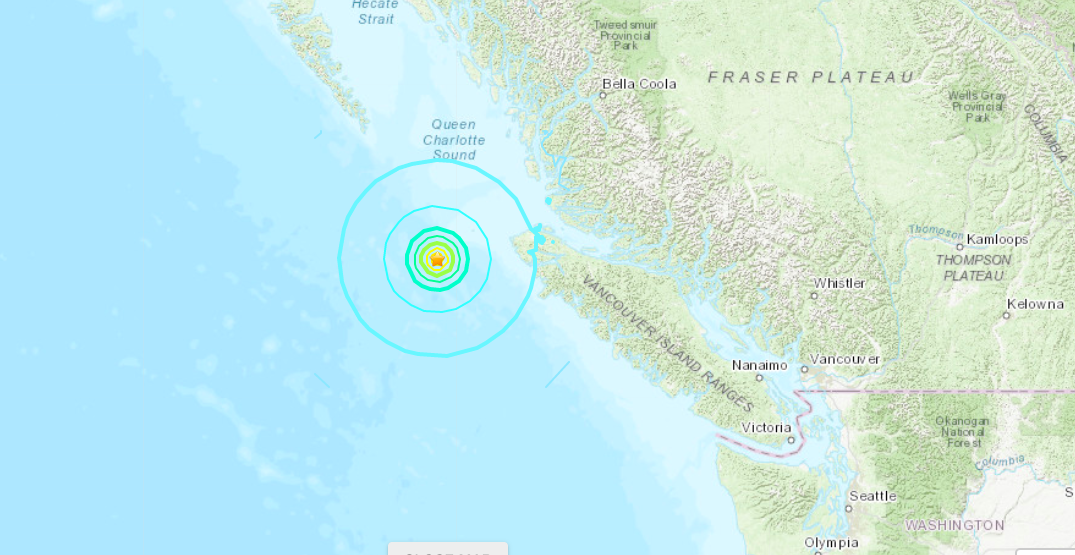 The approximate location of the latest quake.

After a series of earthquakes hit the west coast of Vancouver Island on Monday morning, a fourth quake has been reported 315.2 km west of Tofino, and 517.8 km west northwest of Victoria.

According to the US Geological Service (USGS), the latest quake took place at 12:56 pm PST and has a reported depth of 10 km with a 6.0 magnitude.

No damage was expected from these earthquakes given the open ocean epicentre locations, but had these occurred near or on land, they could have created significant damage, especially with their shallow depths.

No tsunami warnings were issued for this – or any of the previous quakes – today.