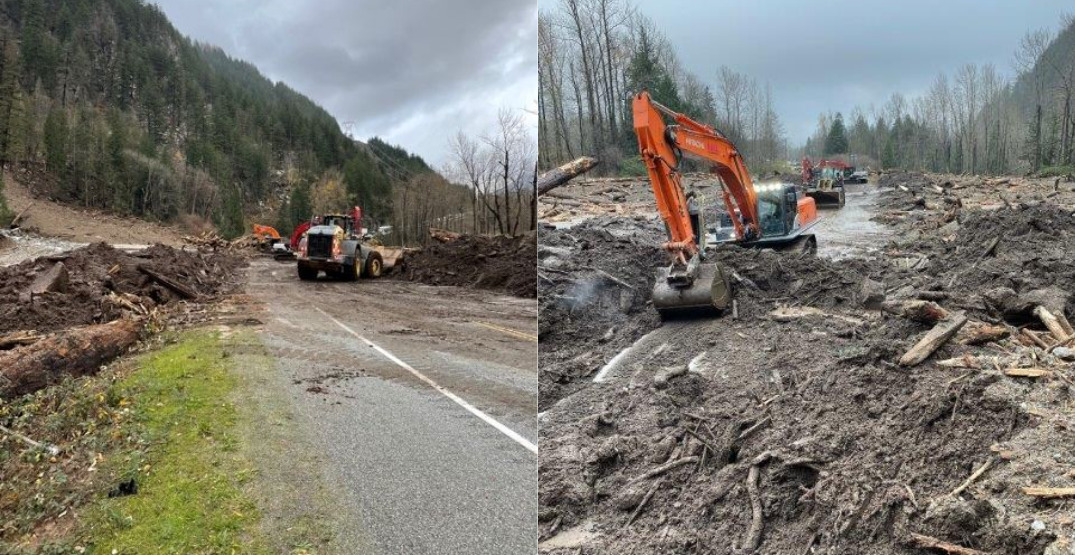 Partial relief is in sight for those stranded in Hope, BC, as Highway 7 has temporarily reopened for westbound travellers.

Early reports suggested as many as 1,200 travellers were stranded in the small town, which has a population of roughly 6,000.

The highway reopened for westbound travel at 5 pm on Wednesday night.

Travel will only be permitted to passenger vehicles on a temporary basis.

In a statement, the BC Ministry of Transportation and Infrastructure said the intent of the reopening was to allow people stranded in Hope to travel to the Lower Mainland.

After the passenger vehicles have evacuated the area, Highway 7 will be closed again between Agassiz and Hope to allow crews to work on the roadway. Emergency services vehicles will still be permitted to travel through the area.

The ministry is also telling travellers to expect delays, as portions of the route will be single-lane-alternating traffic.

“The Ministry of Transportation and Infrastructure thanks people for their patience while work is underway to reopen a highway connection between the Lower Mainland and Interior.”

Travellers can check DriveBC.ca or @DriveBC on Twitter for the latest updates.