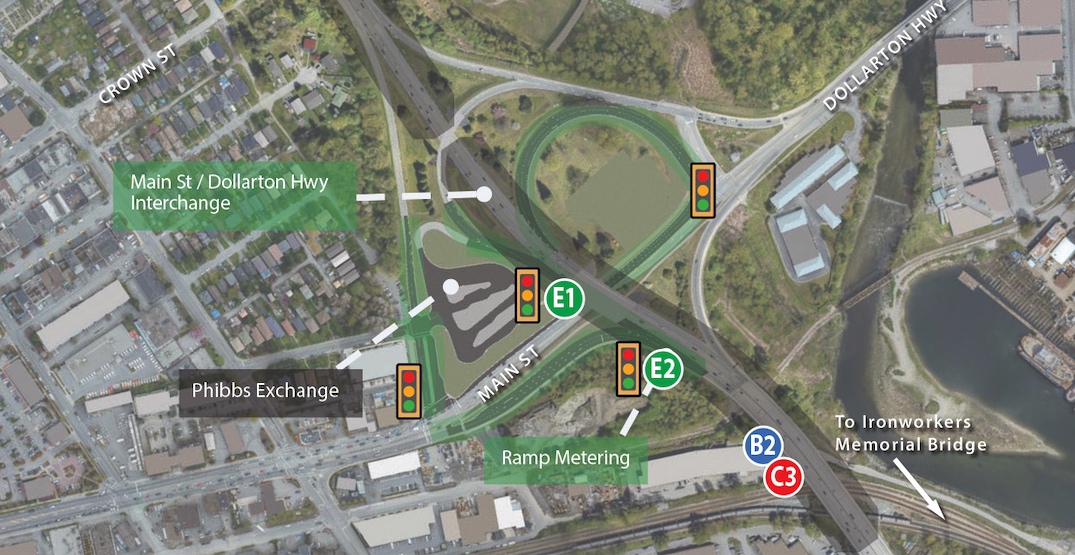 Diagram of the Dollarton Highway and Main Street interchange upgrades for the Highway 1 Lower Lynn Improvement Project. (Government of BC)

New work on the Highway 1 Lower Lynn Improvement Project is set to turn to the Dollarton Highway and Main Street interchange immediately north of the Ironworkers Memorial Bridge.

The major North Sore interchange for the Trans Canada Highway will see a reconfiguration of the eastbound Dollarton Highway and Main Street on-ramps to share the third lane of the bridge using adaptive signalling.

This adaptive signal-control technology adjusts the timing of red, yellow, and green lights to enable more flexibility with responding to changing traffic patterns, which will ease traffic congestion and create a safer merge. It will reduce idling, improve traffic flow, and reduce travel time in the eastbound direction.

Additionally, this phase of the project includes a new bus queue jump lane that will improve bus access from TransLink’s Phibbs Exchange to the highway. Some improvements are also being targeted for pedestrians and cyclists.

According to a release today, in a contract worth $8.5 million, the provincial government has awarded Lafarge Canada to perform these improvements on the interchange. Work is expected to begin over the coming weeks for a completion in Fall 2021. 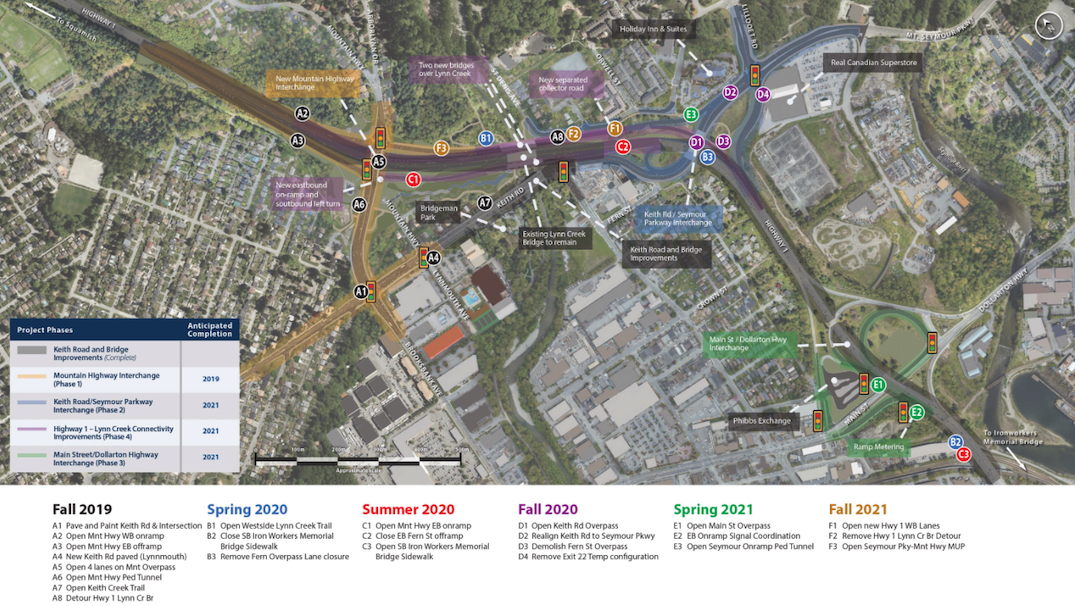 Diagram of the Highway 1 Lower Lynn Interchanges project in North Vancouver. (Government of BC)

Upon full completion in late 2021, the multi-phase project will reduce Highway 1’s peak travel times by at least nine minutes in the eastbound direction and four minutes in the westbound direction between the top of the cut to the bridge’s mid-span. The new road network will create safer merging and reduce the risk of accidents.

Approximately 120,000 people travel along the corridor on a daily basis.