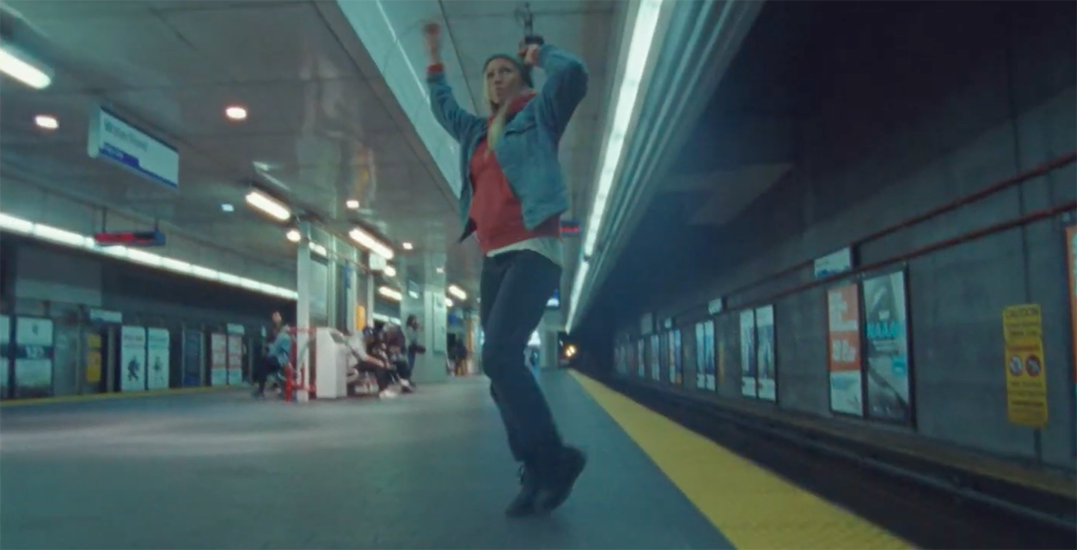 Amongst the final dates of their North American tour and hot off a performance at Stanley Park’s very first SKOOKUM festival, Hey Ocean! has released a brand new music video.

“This song was written about the beginning days of dating someone who’s a total standout but the timing doesn’t really make sense,” notes Ashleigh Ball, lead singer of the group. “After meeting with director Riun Garner to talk about the concept, we decided to shoot on film and really try to just capture a day-in-the-life kind of vibe.”

Shot on a rainy day, primarily in East Vancouver, Ball says the video “really gives you a little glimpse into our band’s love for our hometown.”

And it’s a dose of hometown love that a lot of us can relate to.

Benny’s Market, the Burrard Bridge, Hastings Racecourse, and the Canada Line and Expo Line SkyTrains are just a few of the landmarks that can be spotted in their video.

Hey Ocean! will be playing a homecoming show at the Vogue Theatre on Saturday, December 8 and will be performing across British Columbia and Alberta until then.

Tickets for the show can be purchased online starting at $21.50 a ticket.