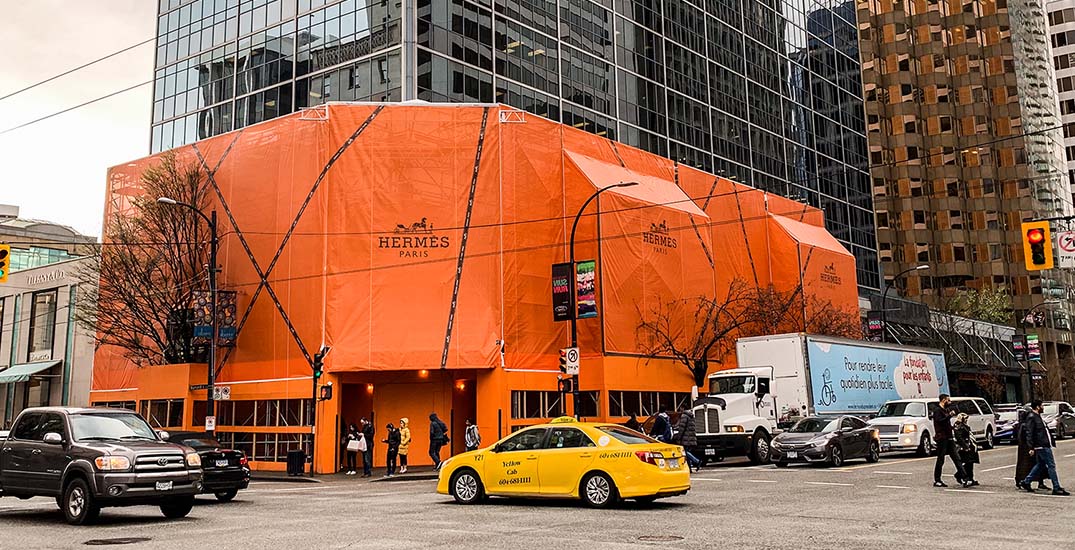 The southwest corner of Burrard and West Georgia streets in downtown Vancouver has received a serious makeover, the result of an expansion of the Alberni Street luxury retail district.

Recently, two floors of retail space received a notable splash of orange, a hint of the new upscale retailer that’s preparing to take over the prime retail position. 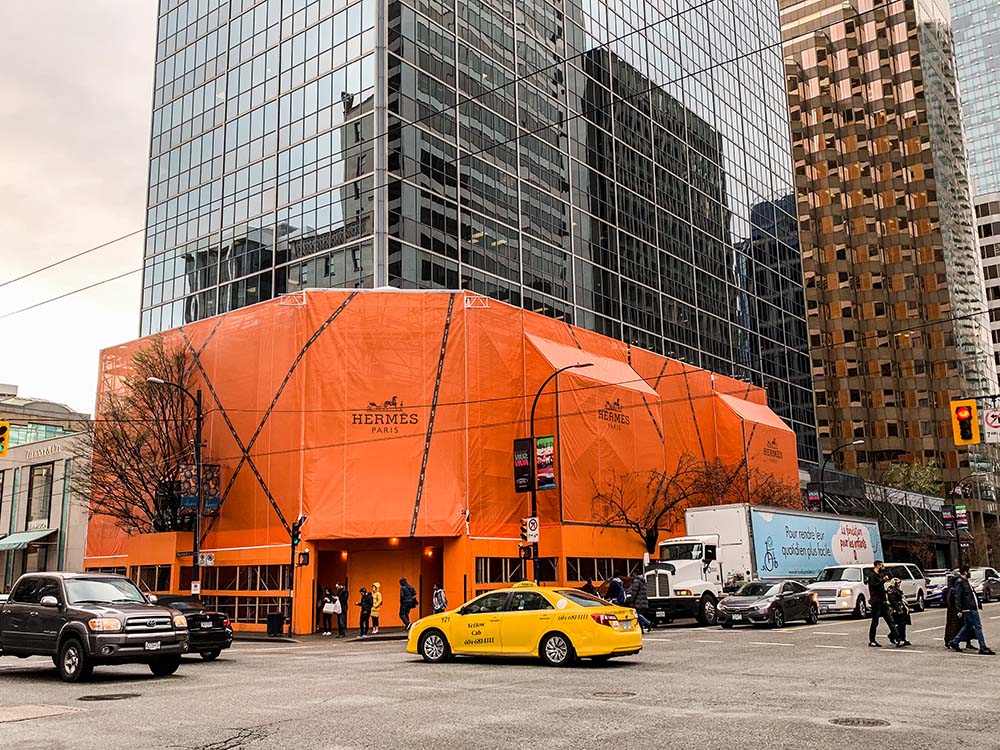 French fashion and luxury goods manufacturer Hermes will be opening a two-storey flagship store on the corner. 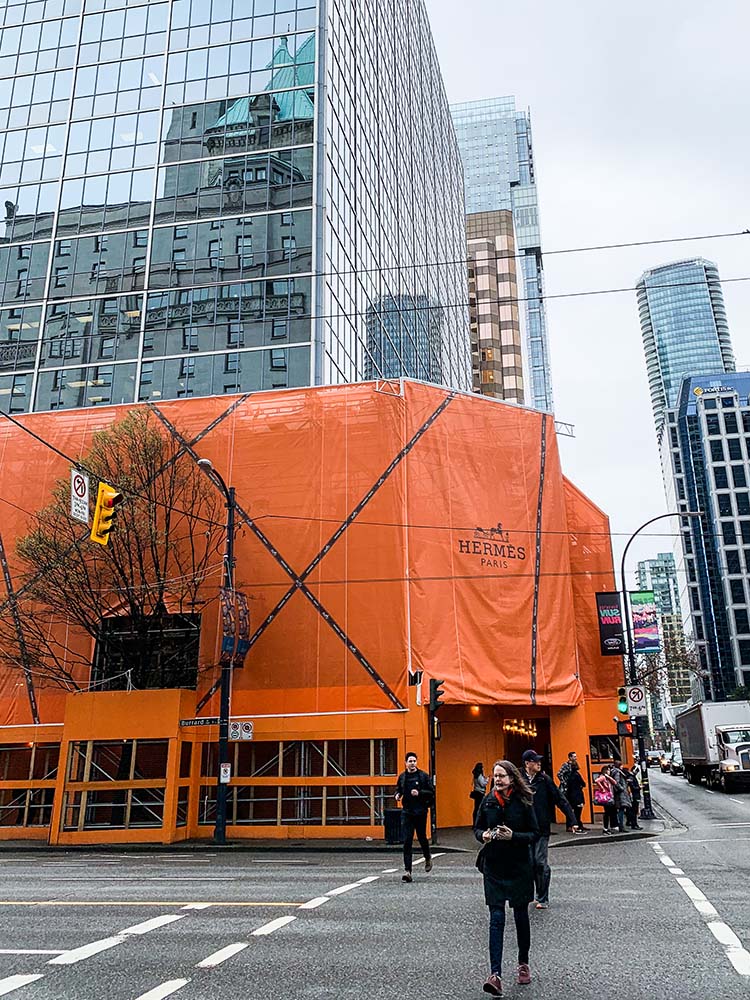 The new location takes over ground-level retail space previously occupied by Bell and a second-level space that belonged to Suki’s Salon & Spa.

A report by Retail Insider, released in late 2017, noted that the flagship store would be similar in size to Toronto’s 12,000-square-foot flagship space. 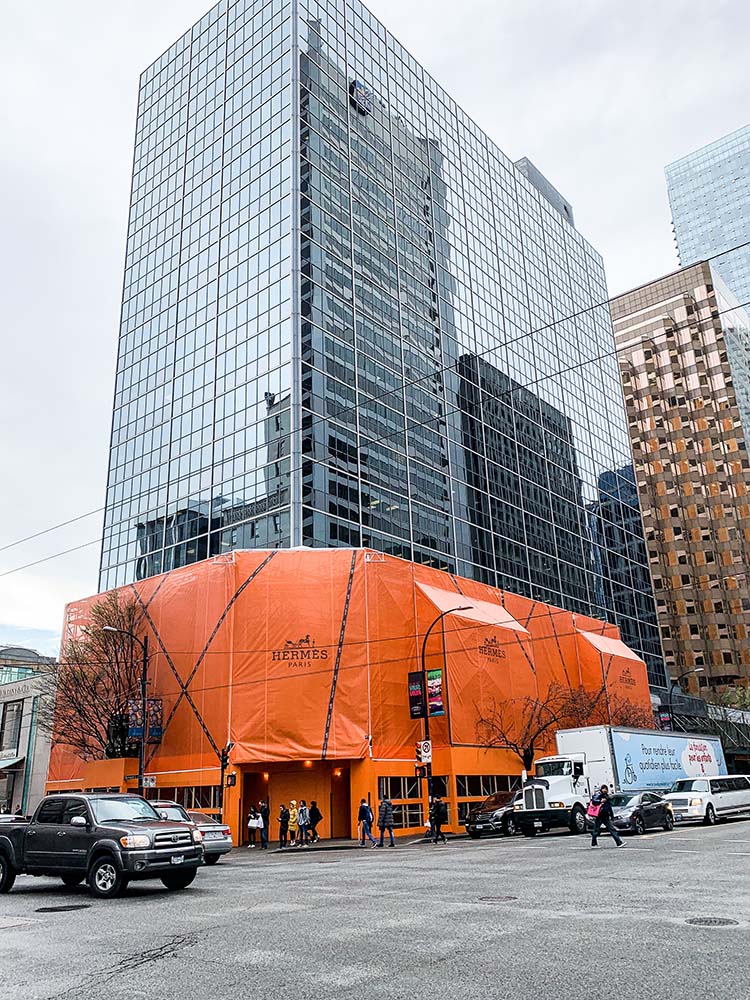 Hermes is currently located one block south at 755 Burrard Street, on the corner of Burrard and Alberni streets.

An opening date for the flagship store has yet to be revealed.