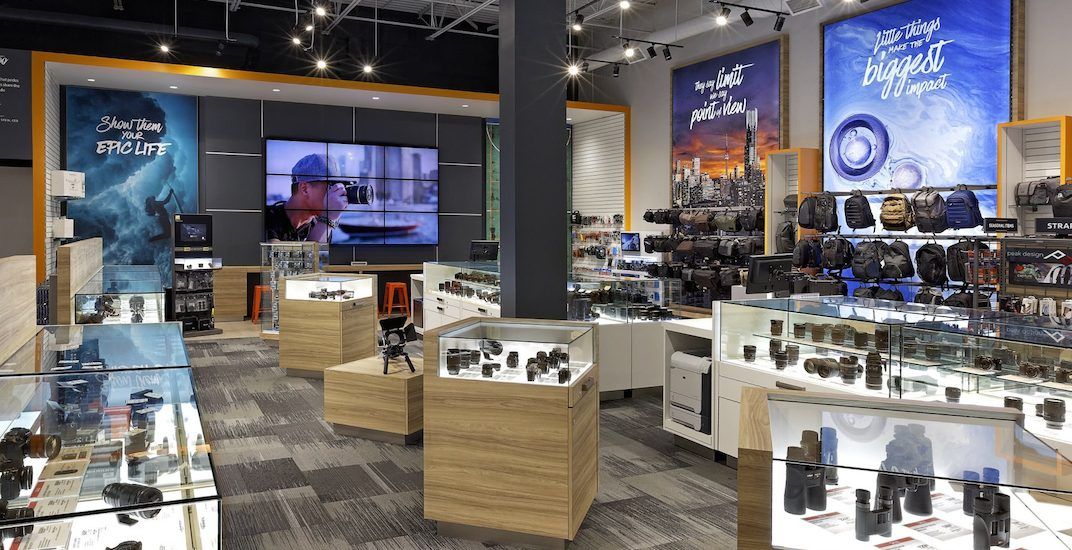 Inside the Henry's Cameras store in Oakville, Ontario. (Build It By Design)

While Vancouver may well be a heaven for camera lovers, there will soon be a new one-stop location in the region for all your camera and photographic equipment needs.

Henry’s Cameras will be soft opening its first location in BC on Tuesday, September 4 at 555 West Broadway – next to the Crossroads Building, and less than one block west of SkyTrain’s Broadway-City Hall Station.

The retail space was formerly home to Sport Mart, and in more recent years it was a temporary space for seasonal Halloween costume stores. Beyond the fall season, the store space has usually sat vacant.

The Toronto-based retailer bills itself as the largest independent photographic and digital retailer, with 23 stores in Ontario, two stores in Nova Scotia, and one store in Manitoba.

“With it’s[sic] contrast of city and nature, it is a hotbed for creators and we can’t wait to be involved!” reads a recent company tweet on the Vancouver store.

The company sells over 15,000 products from manufacturers such as Canon, Nikon, Fuji, Olympus, Sony, Pentax, Panasonic and Epson, and employs over 500 employees at its retail stores.

The store’s grand opening is scheduled for September 29. 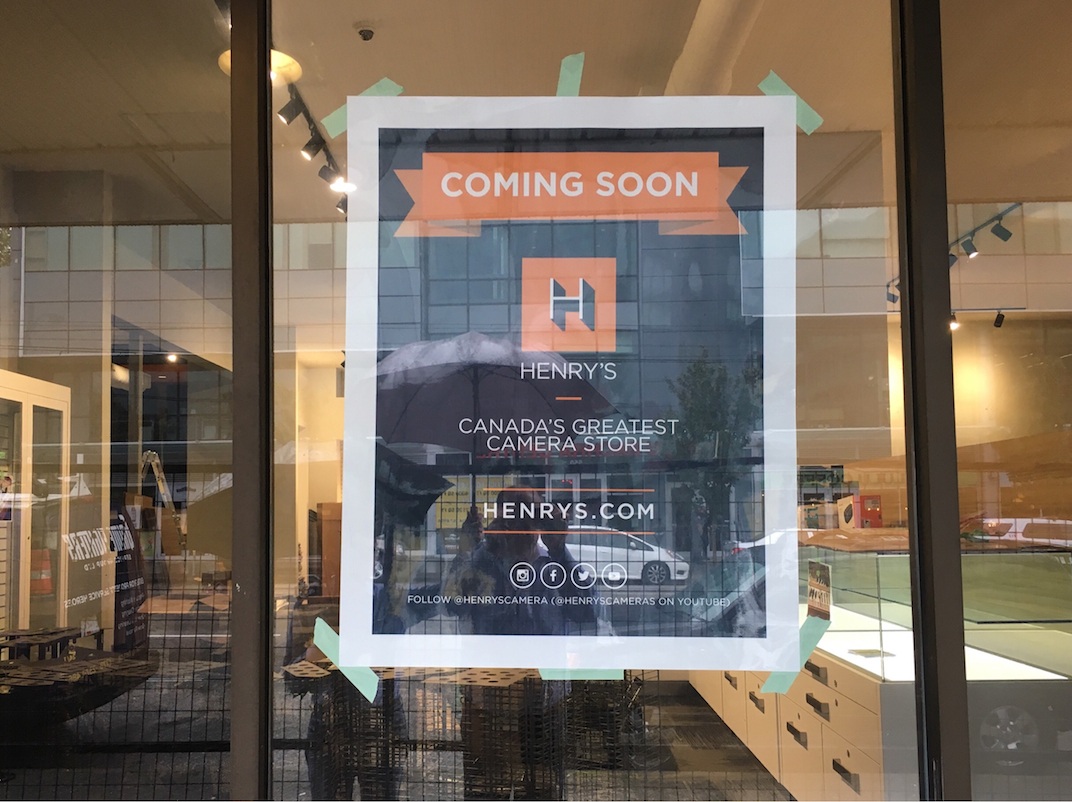 Inside the Henry’s Cameras store at 557 West Broadway, Vancouver. (Submitted)