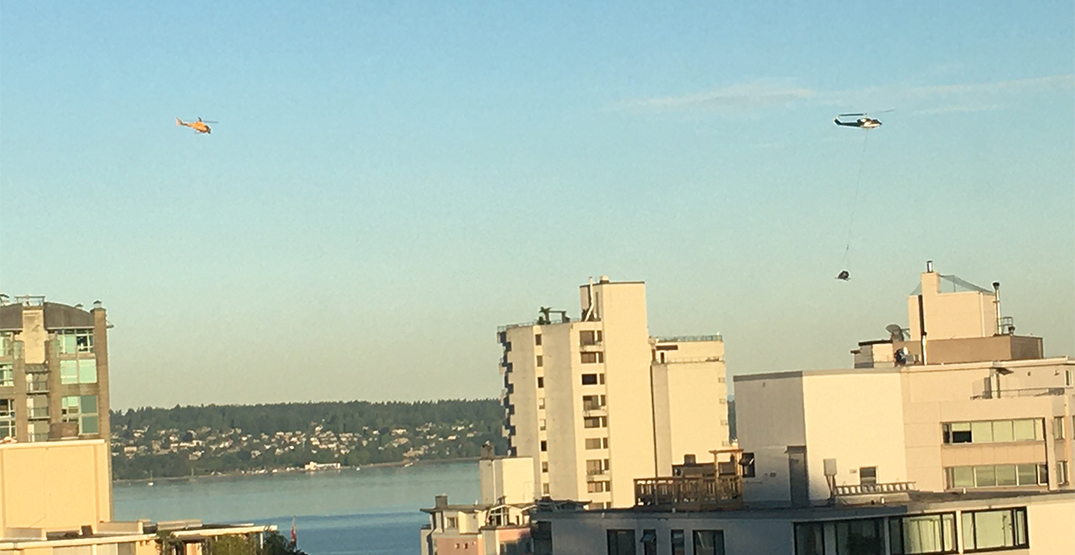 Some downtown Vancouver residents got a loud awakening on Tuesday morning when the thudding sound of helicopter blades greeted them at sunrise.

Two helicopters were flying around the West End, and one of them was carrying a vehicle suspended on a cable. The vehicle appeared to be a dark-coloured SUV or hatchback.

A second yellow chopper was following the first helicopter, bending and circling behind it.

The choppers travelled back and forth over English Bay, and many residents shared videos of the sight on social media.

Nothing to see here folks. Just a helicopter flying around carrying an SUV the West End while another one is filming. Welcome to Hollywood North. pic.twitter.com/sLxvcKLme9

The two choppers circled downtown from about 5:30 to 6:15 am, and were gone when the sun fully came up.

Daily Hive has reached out to two local helicopter operators, Blackcomb Helicopters and Talon Helicopters, for more information and this story will be updated accordingly.