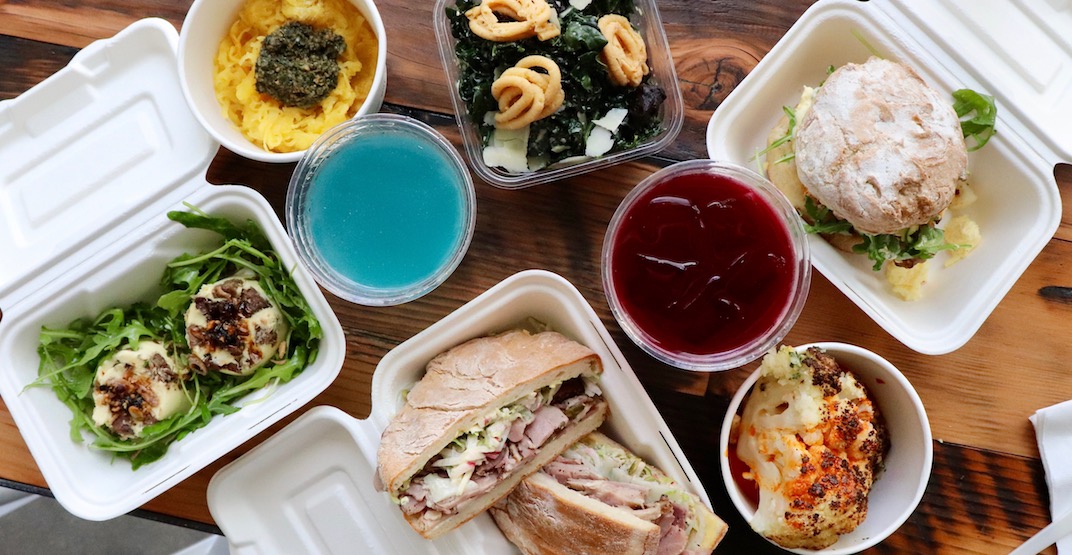 If you’ve walked around Yaletown sometime in the past three years, chances are you’ve spotted the signage for Heirs Pears, a place that’s taken so long to open, they even started poking fun at themselves after a while.

“Opening soon…seriously!” has been plastered on the side of the 605 Nelson Street location for the past six months, and some of us wondered if the mysterious juice spot was ever going to open at all – but it is, and soon.

We are pleased to report that the new fast-casual healthy eatery will be officially open on June 5.

So what took so long to get this 1,350 sq. ft. place ready for us hungry Vancouverites?

“Heirs Pears is in partnership with Teaja, an organic global tea company. Over the years of developing the Heirs Pears concept, other projects came up that required focus. We knew we needed 100% of everyone’s attention and commitment to perfect this project before we opened our doors,” says Jenn Hang a member of Heirs’ PR team. 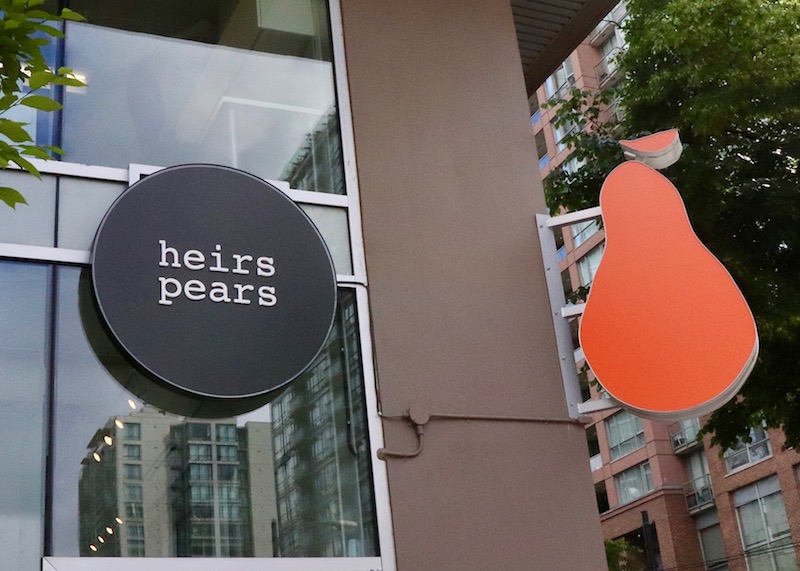 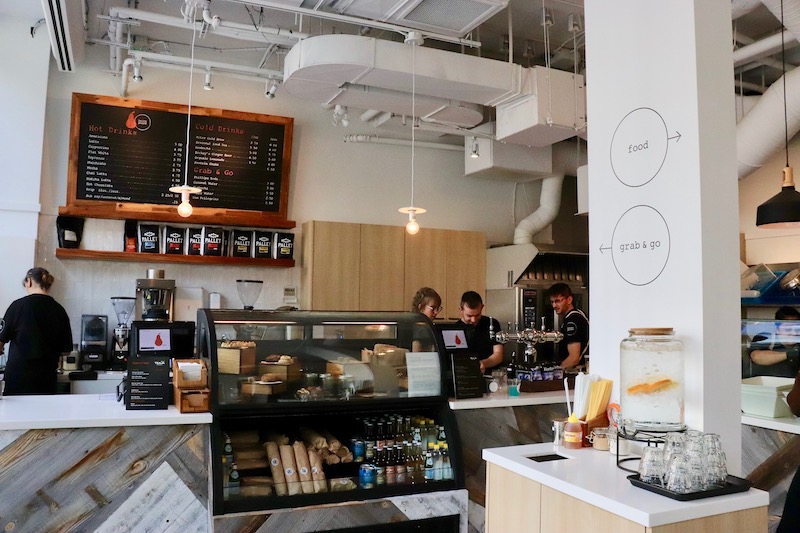 Named after that old English saying, “plant pears for your heirs” (pear trees take many years to fully mature before they produce fruit, FYI), the brand’s name alludes to the fact that the food was worth the wait, and we can safely tell you that this is true after tasting it ourselves.

Once you see their list of local partners, which includes the likes of East Village Bakery, The Gluten Free Epicurean, Pallet Coffee Roasters, Teaja, and Hoochy Booch, it’s clear that this spot thought long and hard about the community it was about to open its doors too. 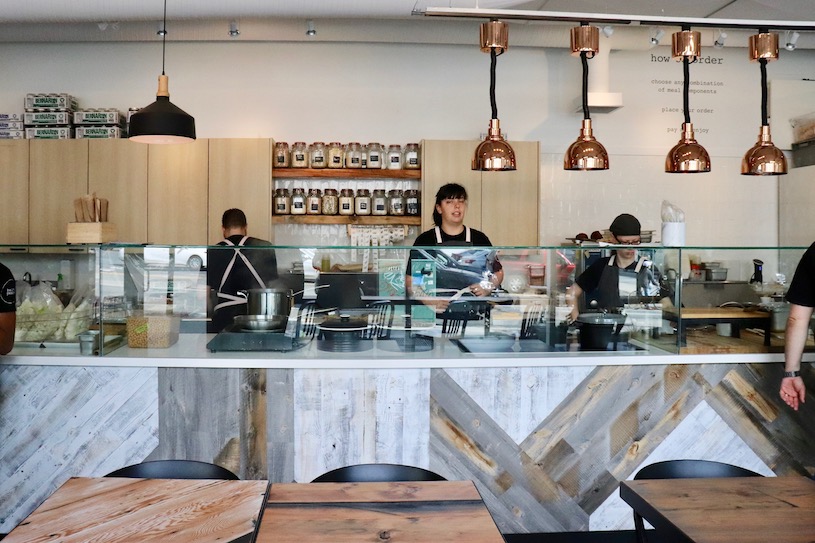 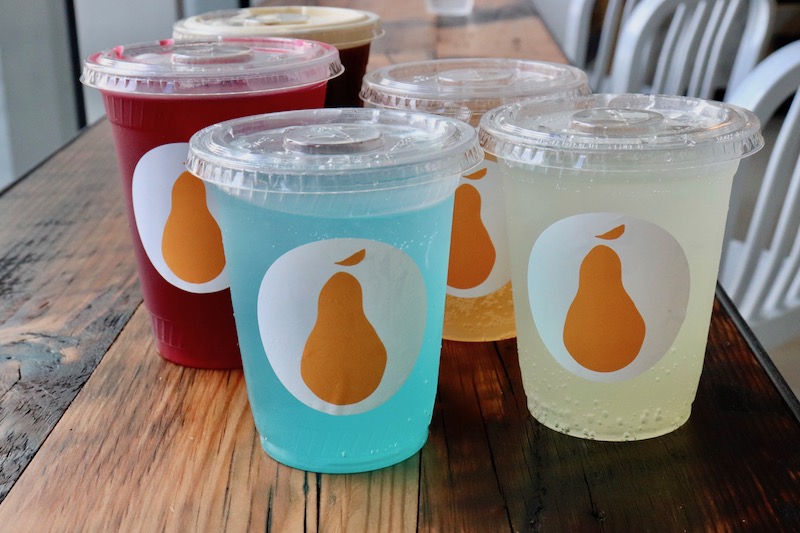 For eats, you can expect rotating seasonal breakfast, lunch, and dinner specials. The sandwiches here are both carvery-style and vegetarian. 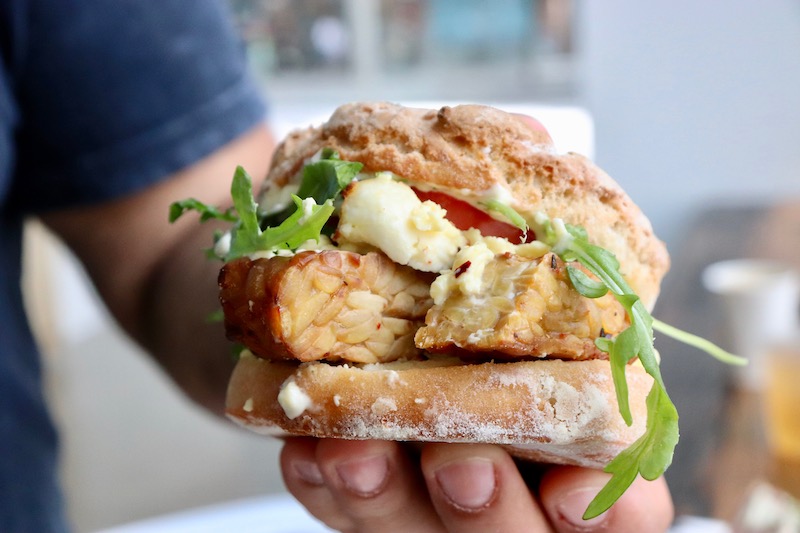 All sandwich bread is gluten-free from The Gluten Free Epicurean, and guests can order mains in varieties such as duck pastrami, vegetarian breakfast sandwiches with tempeh sausage, along with sides like the kale Caesar salad with house-made Caesar dressing and mini Murukku (Indian crouton, chickpea base), roast cauliflower, spaghetti squash, and tempeh meatballs to name a few. 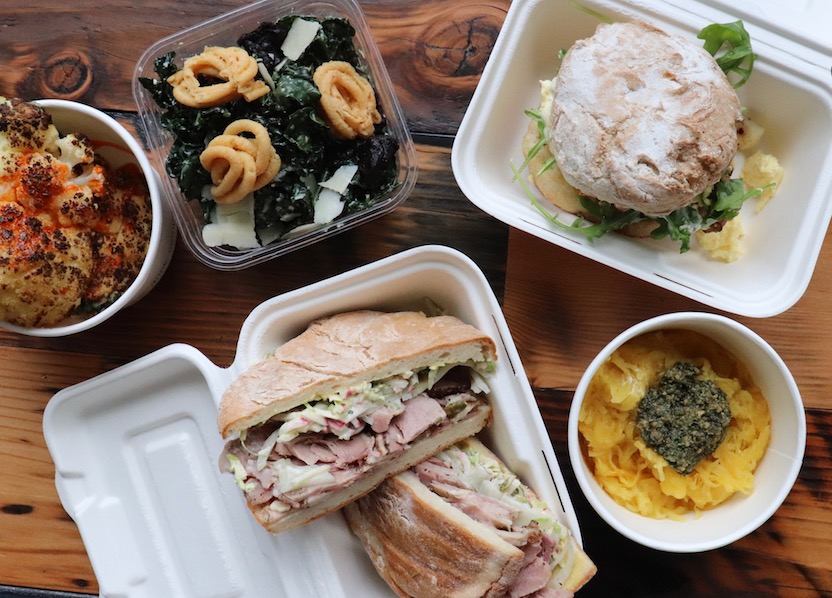 “You are getting home cooked, good food, in a hurry,” says Hang. “By teaming up with local businesses, farmers, and distributors we’ve created a place of ease and comfort to feed our everyday busy lives.”

The food offerings from Heirs Pears can be customized for any diet: meat lover, vegetarian, keto, or paleo, which makes it easy to head here with a group and all purchase grub from one convenient spot. 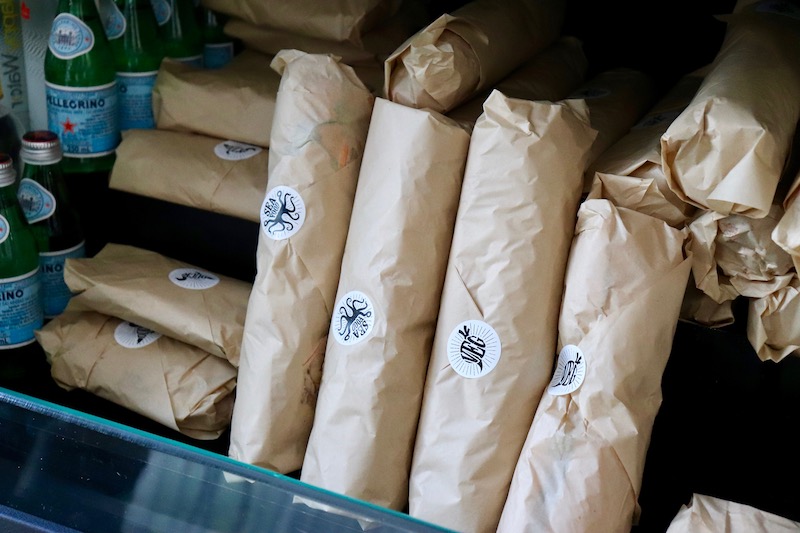 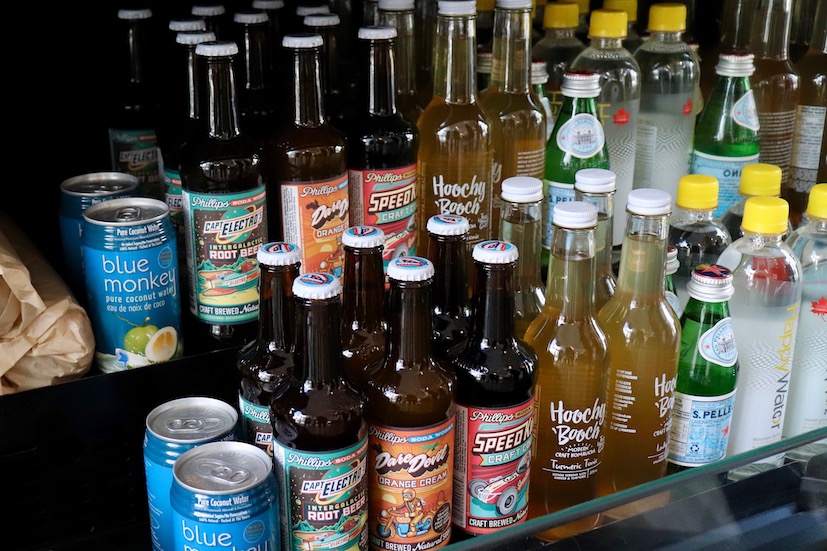 The interior is sleek and features subway-tiled walls, accented with black and copper lighting. There’s tons of room to sit and grab a quick bite in the space, but the grab-and-go pre-wrapped sandwiches make it easy to pick something up if you’re on the run too.

Pricepoint here is comparable to many other places in the ‘hood. A coffee will run you anywhere from $3-$5, sides are $4-$6, while sandwiches are around $10. 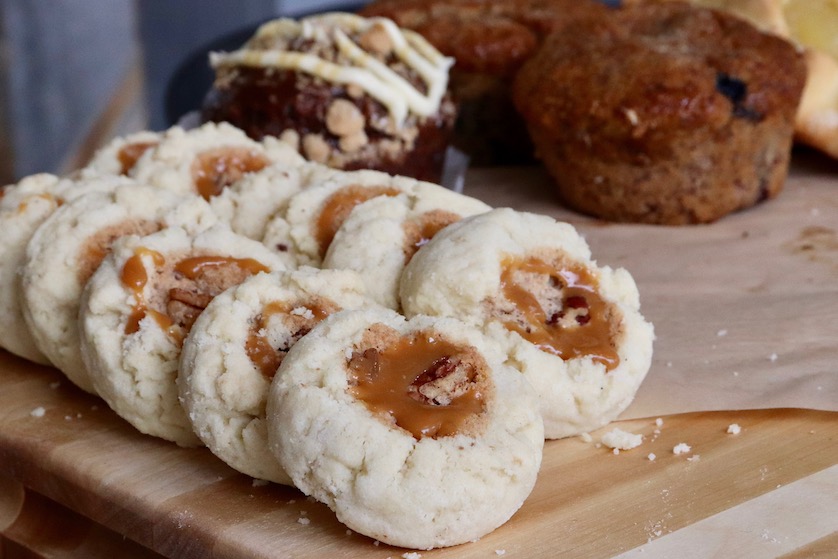 While there is no plan for a second Heirs Pears location anytime soon, expansion plans are somewhere on the horizon for the team.

Let’s just hope we don’t have to wait another three years to get a taste of this spot in a new Vancouver neighbourhood.