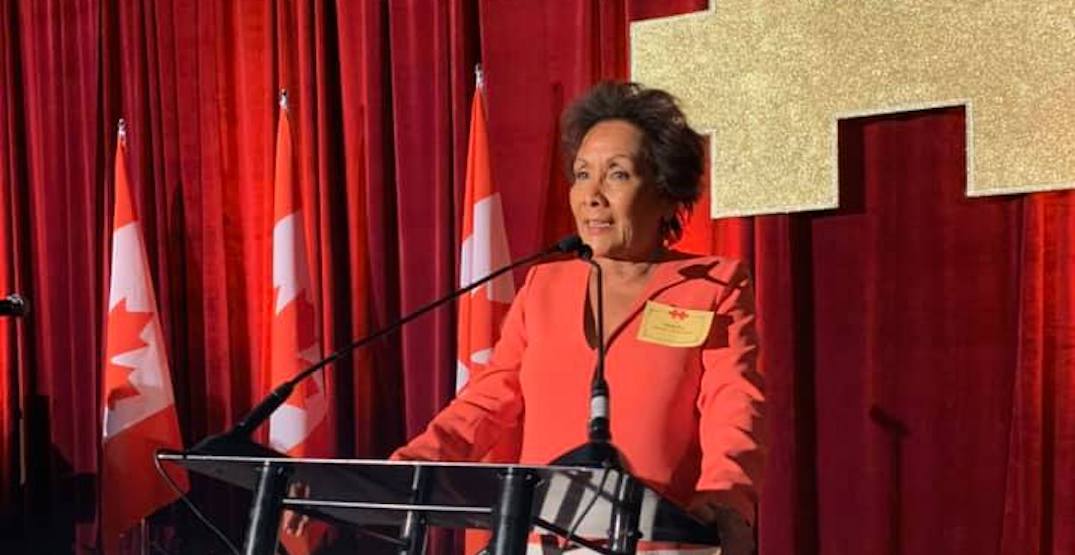 For the 10th consecutive federal election, Hedy Fry of the Liberal Party of Canada has secured her seat in the riding of Vancouver Centre.

Canadian Press is projecting Fry as the victor, with 40.2% of the votes and 41% of polls reporting at the time of writing. Harry Cockell of the Conservatives is behind at 22.9%, followed by Breen Ouellette of the NDP at 29.3%, and Alaric Paivarinta of the Green Party at 4.1%.

Fry is already the longest-serving female Member of Parliament in the history of Canada.

Fry has held onto her seat since 1993, when she ousted Progressive Conservative Prime Minister Kim Campbell from the riding.

Born in Trinidad and Tobago, Fry earned a Masters degree in English Literature at Oxford and a degree in Medicine with Honours from the Royal College of Surgeons.

In 1970, she immigrated to Canada and practiced family medicine shortly after in downtown Vancouver’s St. Paul’s Hospital. Fry served as the head of a number of medical associations, and was a host on CBC television program Doctor Doctor.

Fry is the mother of Vancouver City Councillor Pete Fry of the Green Party.

Early election results at the time of writing project another Liberal minority government, with the party securing 156 seats — one less than before. The Conservatives are at 121 seats, the Bloc Quebecois at 32, NDP at 27, and Greens at two.