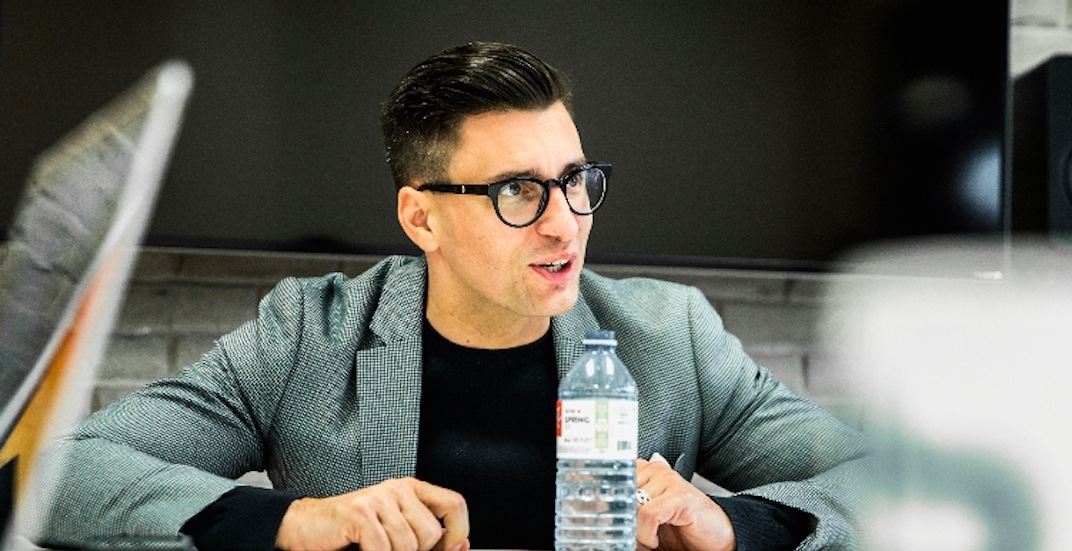 While the quickly-approaching Vancouver municipal election this month may seem like “just another election,” to some residents, in Hector Bremner’s mind, it’s anything but.

Bremner, who is running for mayor of Vancouver with his new party, Yes Vancouver, said that when it come to where thing are at in this stage of the game, terms and labels like Progressive, Conservative, NDP, and Liberal “mean nothing. It’s all irrelevant and has absolutely nothing to do with what’s going on in the city; there’s no ideological way to run your city.”

The problem with the current state of affairs at City Hall, he said, “is that the politics have led the policy-making.”

It’s not fair, he added, “to accept what some people are saying is a City Hall which will be made up of lots of parties. We don’t need a chaos committee or a bunch of feral cats that are arguing over stuff.”

Instead, Bremner said his party is “presenting a clear plan.”

And this week, Daily Hive sat down with Bremner to talk about just what that plan entails.

Bremner pulls no punches when it comes to what he says is the most pressing issue facing the city: housing and affordability.

In fact, “Let’s Fix Housing” has been the tagline for his newly-formed YES Vancouver party, since it officially formed earlier this year.

“The housing plan is based on the concept that we’re going to re-humanize neighbourhoods and we’re going to keep families in our neighbourhoods,” he said. “If you work backwards from there, what that means, is you’ve got to rezone, take the lid off zoning; you need housing types that people can afford and you need a process that’s going to allow you to do that quickly.”

Bremner said his party’s plan “looks at demand, it looks at supply and it also looks at process.”

On the demand side, “we want to end corporate ownership of residential real estate and make sure that we understand who owns a property by applying basic securities law to that.”

The plan also calls for an increase to the speculation tax in Vancouver.

The real problem though, he said, is supply.

To tackle the issue, Bremner said now is the time to “throw out the 1927 plan that was based on racial and economic segregation and build a 21st century that says our neighbourhoods, our heritage and our character is actually being a blue-collar, working-class town.” 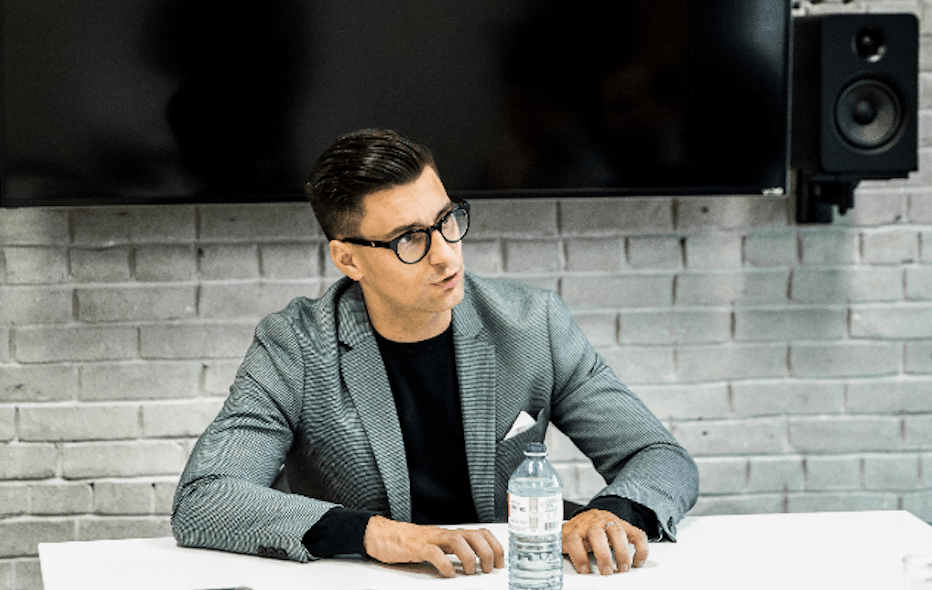 Vancouver, he added, “is not Monaco. It’s not who we are and it’s never who we’ve been – we were a mill town, a port town and what that means in the modern sense is that were now a new tech town.”

But most importantly, he stressed, “we’re a town that people should still be able to come and be able to start a new life .”

As such, Bremner said a key part of his plan is is allowing “neighbourhoods to breathe and grow as they desire, approving 50 to 75,000 units of new housing in rental only, and moving away from trying to solve all of our problems by tearing down single-family detached homes, building them, or converting industrial land into expensive concrete condos. We’ve done that for 25 years and it’s tending us on the wrong path.”

The mayoral hopeful said his focus will be on rental first, “then we’ll review in three years and then everything else we will negotiate – and consult – with the community to develop a city-wide plan that allows all types of housing in all neighbourhoods.”

He was quick to add that this doesn’t mean people should expect to see “60-storey towers” suddenly pop up everywhere.

“Our problems aren’t solved with those – they’re solved with four-floors and corner stores.”

On business and employment

For Bremner, supporting small business in the community is key to economic success.

“98% of the economy in our city is small business and when you put feet on the street, small businesses win,” he said. “We create jobs today, we create more equity and prosperity in the future.”

Bremner said the city is on the cusp of what he called a new wave of economic prosperity and growth. He also stressed the potential for manufacturing in the city, “based on our under-utilized industrial brands that are available today.”

What it comes down to, he said, is a shift in perspective.

“I think the city knows how to be successful and be what it wants to be, but we simply don’t let it –  we are always saying no,” he said. “Our party’s stance is that we’ll set the stage, make sure there’s space and that your workforce can afford to live here.”

In addition, “we’ll be good facilitators at the municipal level. What I hear a lot of is that government is ‘in the way,’ so we’re going to try and simplify that.”

In addition, Bremner would like to see split assessments for commercial art spaces and non-profit spaces, “which means that for a building that has apartments and condos on top, and job space on the bottom, that that job space is taxed as commercial use.”

On the ‘No-Fun City’ image

Calling cultural events “absolutely critical” to good urban and social planning Bremner said he is a “huge proponent” of promoting culture in the city.

The issue, he said, is that “Vancouver is losing its sense of community and we are being walled off from each other.”

As such, Bremner said the city needs to step up and absorb the costs for these events.

“Cultural events, neighbourhoods where people are on the street – that they know their family and friends live in – that creates in itself a sense of well-being and I think it’s absolutely critical to good social and urban planning. You have to plan for function, not just form.”

This way of thinking, he said, results in decisions such as “absorbing the cost of shutting down a road for an event, because it’s more important that 150,000 people got out on that street today and got to know their neighbours – that is a worthwhile investment.”

Without this attitude, more and more events will continue to decline or cease to exist altogether, due in particular, to “the fact that many of the community and non-profits who put the events on have seen their operating costs increase 40% to 60% year-over-year.”

However, Bremner said there are some key ways to deal with the issue and reverse this trend, beyond just absorbing the cost.

First, he said, is the need for a core review of the city’s $1.6 billion budget, “which we will do.” Secondly, there will be a “simplified” permit process. “We’re way too granular as to what goes on, and I think we can step way back from that.”

Finally, Bremner said, “it’s time to recognize that the city has been cheating itself out of potential revenue for these events because of ‘under-building’ in the city.

He noted that sometimes “one building can pay $92 million in Community Amenity Contributions, (CACs) so we’ve cheating ourselves out of huge revenue that could be poured back into community events.”

Bremner said his party’s plan also includes how to pay for amenities and things like arts and culture spaces through things like development.

“I think what’s important for people to understand is that because we’ve stunted development and funnelled into development that doesn’t invest back into our communities, we’ve been shortchanged on arts and culture and community spaces,” he furthered. “But if we zone specifically for these spaces, development can pour back into and fund them.”

On the overdose crisis

While he admitted that the opioid crisis in Vancouver is “a really complex issue at all reaches of government,” Bremner said there are steps he would take as mayor to at least help tackle the problem to some degree on a local level.

“What I support is those providing replacement therapies that are going to get people away from the poisoned street drugs… to slow the tide of death.”

Bremner would like to see those who need it be able to “come and get a prescription for whatever it is that the doctor feels is going to meet their needs.”

Then, he said, “we turn around and use those interactions with that individual, who while they may not be ready to receive full treatment on day one, we can move them through what is called a Continuum of Care. Then, through these interactions, we’re able to start to suggest full interactions that would remove their addictions from opioids.”

Bremner stressed he doesn’t believe that “that when someone is addicted to drugs, they should just have clean free drugs paid for by the government.”

Instead, he furthered, “we have to meet people where they’re at.”

He noted other factors can also assist in turning the tide on the problem, such as no-barrier housing and “going back to a full, four-pillars model of investing in prevention and education, and not just policing and not just harm reduction.”

With election day looming ever-closer, Bremner said it’s time for voters to say “yes” to their future and the future of their kids.

“Let’s get past the four-year score-a-point politics here,” he said. “We’ve been whipsawed, divided and virtue-signalled to death and it doesn’t change the fact that pipelines aren’t the problem, bike lanes aren’t the problem; the housing crisis is not political, it’s a practical thing that we need to deal with.”

The solutions, he added, are easy. “The politics have been hard.”

As such, he said, voters should ask themselves “who has not only the plan to do it but who’s really really going to get the job done and who is convicted in their belief of what they’re doing?”