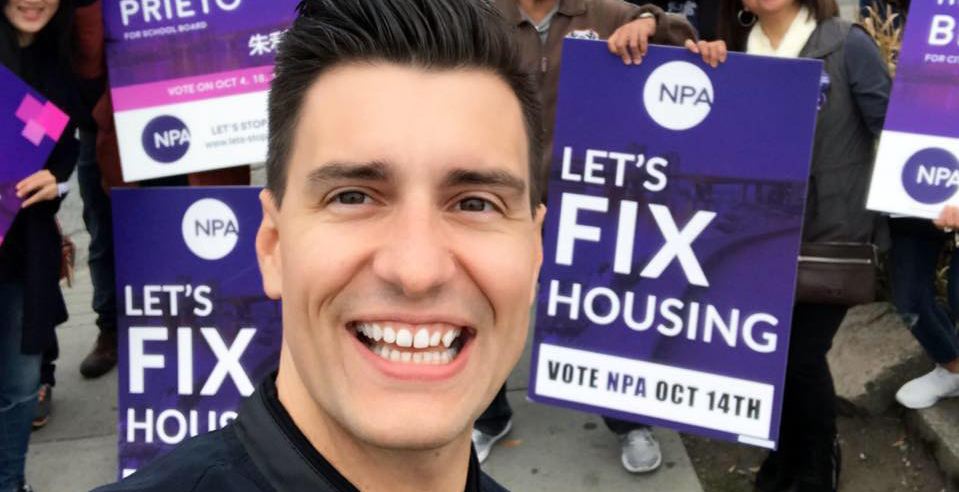 Bremner was elected to Vancouver City Council in October 2017, collecting 27.83% in a byelection that saw only 11% of registered voters turnout.

Since then, after nearly a decade as Mayor of Vancouver, Gregor Robertson announced he will not be running for re-election in the fall municipal election.

No one has officially declared as a candidate to take over from Robertson, but in an email to Daily Hive, Bremner said he and his team “are looking at the race very seriously.”

“We’ve had an enormous amount of support from people across the spectrum that believe there’s a place within the NPA for them,” said Bremner.

The municipal election is set to take place on October 20, 2018, and follows the departure of five representatives of Vision Vancouver, the controlling party, from Council.

Back in July 2016, Councillor Geoff Meggs resigned after nine years on Council, so he could serve as Chief of Staff to new BC Premier John Horgan. He was replaced by the Bremner.

Bremner said he’ll have more to say in future, “but first I have more people to speak to.”