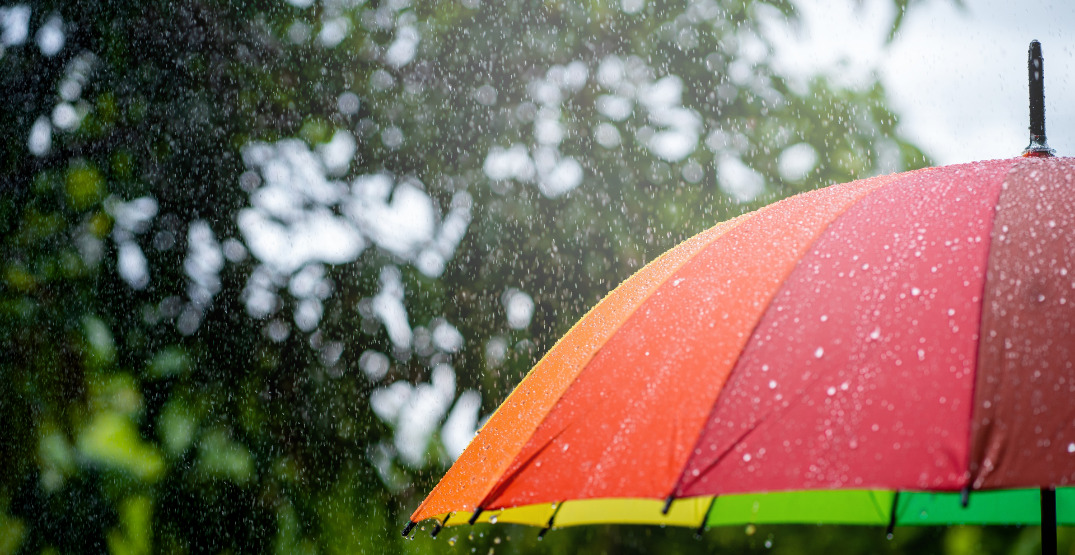 A heavy rainfall warning has been issued for parts of Metro Vancouver and is expected to set in tomorrow night.

Rain will be heavy at times on Thursday night through Friday.

According to Environment Canada, a robust frontal system will be approaching the BC coast on Thursday.

By Thursday night, the rain will begin over the southern coastal regions, with the heaviest precipitation expected to take place throughout the day on Friday.

Rainfall should ease overnight on Friday as the frontal system passes through. Environment Canada also suggests clearing leaves and debris from drainage areas, as the rain could cause local flooding.

Dipping temperatures in next week’s forecast signals that fall is just around the corner.

While the first official day of fall is September 22, this is the first period of significant rain Vancouver has seen in quite some time.

After a couple of days of sunny breaks, the forecast calls for rain and colder weather over the next week.

This warning comes just after a wind warning was issued for Metro Vancouver, expected to last till Wednesday evening.