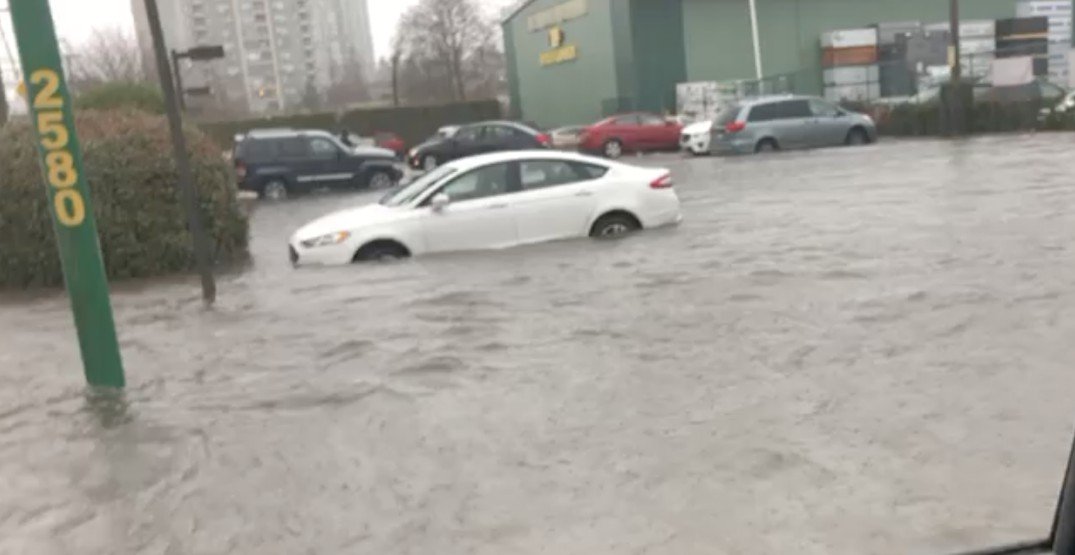 You may want to stay inside because heavy rainfall has caused flooding on the streets of Metro Vancouver.

A white car can be seen almost half-way submerged in water, in a video captured by Bel Dadwal.

Things weren’t any better along nearby Still Creek Drive, where water reached the headlights of a sedan in the McDonald’s parking lot.

The low-lying area frequently floods when there is heavy rainfall in the region.

On Facebook, the BC SPCA in Maple Ridge made a public call for help on social media after its parking lot was completely flooded.

A wind warning has also been issued for the following areas:

The issue warns of strong winds clocking anywhere from 60 to 80 km/h and that are capable of causing damage.

Winds of up to 70 km/h are also expected near the Juan de Fuca Strait. Fortunately, neither of these gusts are expected to carry over for longer than 24 hours.