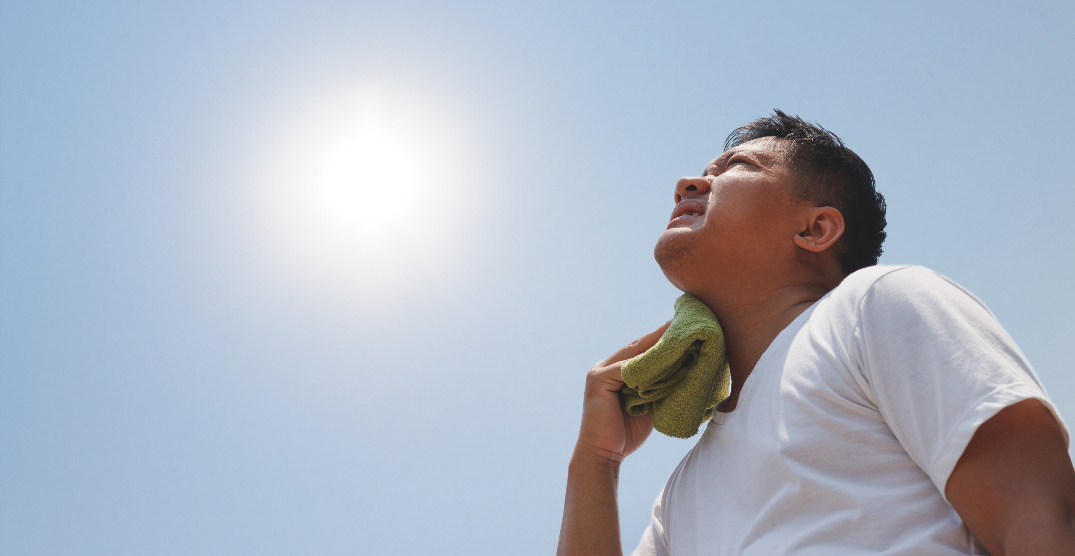 Temperatures in Vancouver have been heating up, but they’re likely going to reach a new high thanks to a heatwave forecast by The Weather Network.

The Weather Network is predicting temperatures could feel like 37ºC as early as Tuesday next week.

A heatwave is generally defined as three or more days of temperatures of 30ºC or higher, and the humidex values forecast for next week are well above that mark.

Humidex or “feels like” values are expected to rise to around 30ºC as early as Sunday, then pick up further between next Monday and BC Day before finally beginning to trickle down. 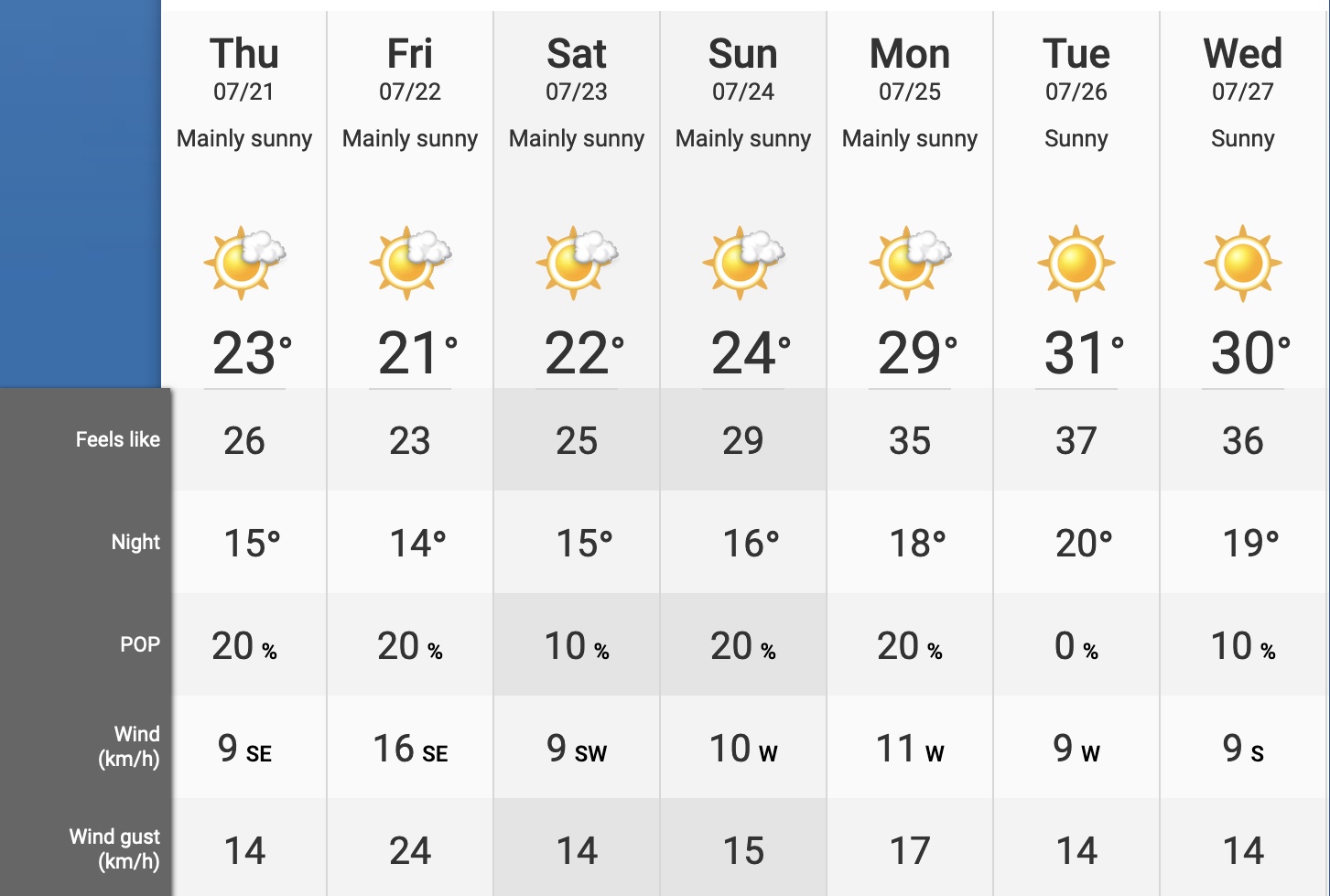 The seven-day forecast. (The Weather Network)

Tuesday, July 26 is expected to be the worst of the week-long heat, when even overnight temperatures will hover around 20ºC.

BC Day will be the last day of the relatively high heat before things start to cool down during the first week of August, according to the 14-day forecast. 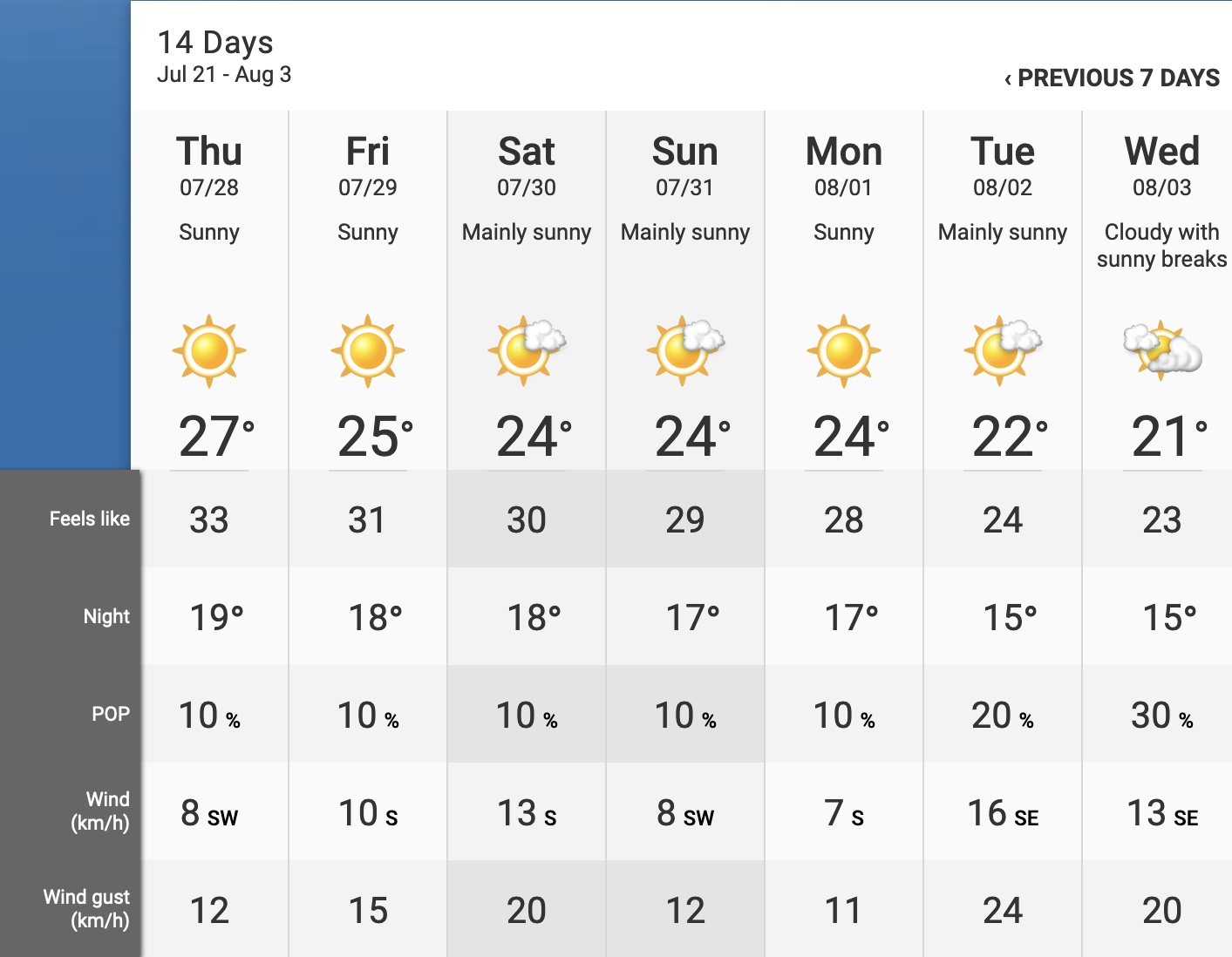 In case you didn’t trust The Weather Network’s forecast, a beloved armchair meteorologist is also predicting a heatwave for Vancouver next week.

BC government urges people to be prepared

The BC government recently put out a press release encouraging people to be prepared for the heat.

While the government isn’t expecting an extreme heat-related emergency like the province experienced last year, it’s still suggesting that residents exercise caution as temperatures are expected to rise.

“Although heat is expected, bodies of water remain cool for this time of year and may pose a risk of hypothermia to people exposed to cold water for a prolonged period. People should also be cautious when near high or fast rivers and lakes.”

BC has also released a heat preparedness guide that you can see here.