If you were to drive through Yarrow Central Road in Chilliwack, less than two hours from Vancouver, you might see something unusual out your window.

That’s because Peter Sawatzky, from the Imagination Corporation, is busy building an eye-catching project. He spoke to Daily Hive Urbanized about what’s coming up next.

In between his day job, where he builds everything from signs and architecture for companies in the tourism industry like theme parks and mini-golf courses, he and his family of “themers” are building a unique three-suite hotel.

The Hazelnut Inn will have three spacious suites with king-sized beds built in mind for folks to celebrate anniversaries, honeymoons, and other special occasions.

Each suite will have its own theme and will pull you into a fantasy world.

There’s the North Star suite, where you can spend the night in the captain’s quarters of an ancient sailing vessel – the bedroom, with its mermaid figurehead bed, will be in the actual ship shape that’s jutting out from the building seen here.

Then there’s the Unde Hill suite, an underground cottage where you can get extra cozy. “You could describe it as a cross between a hobbit’s house and Peter Rabbit’s house,” said Sawatzky.

“There’s a few things everybody has a dream about and one of them is living in a little house underground. This is exactly that.” 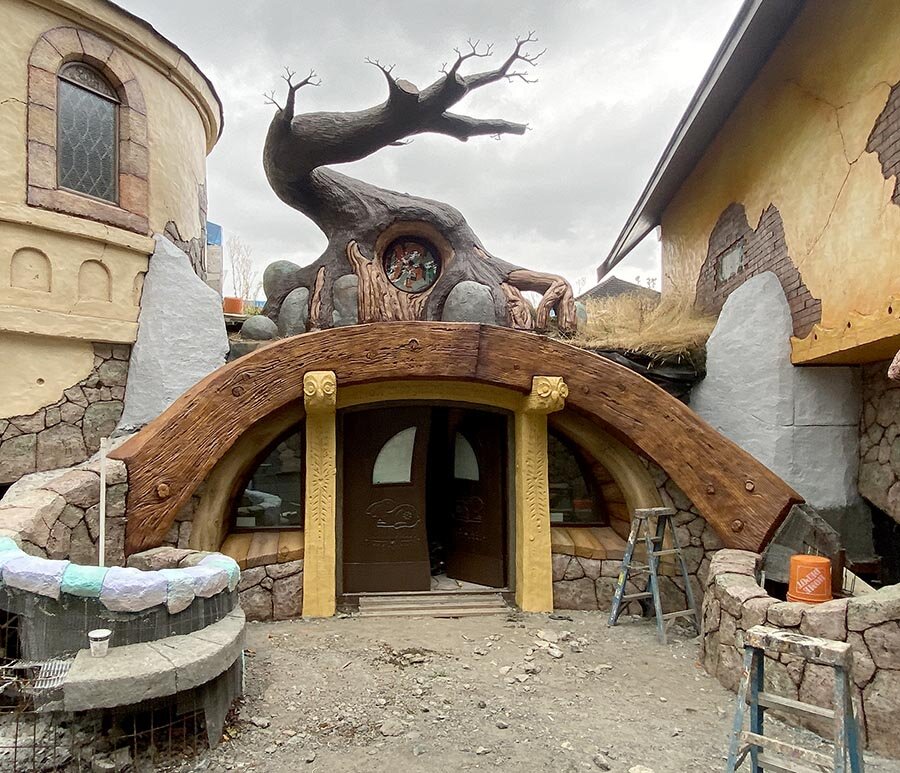 Sawatzky says that the great thing about building their own project is that they can build it as wild as they want to. “I’m not aware of anything like it in the world,” he said. “It’s one of a kind.”

“We wanted to build it like you’re walking into a different world, so as soon as you step on the property, each suite has a private garden so that once you open that first gate you literally are in a different world.”