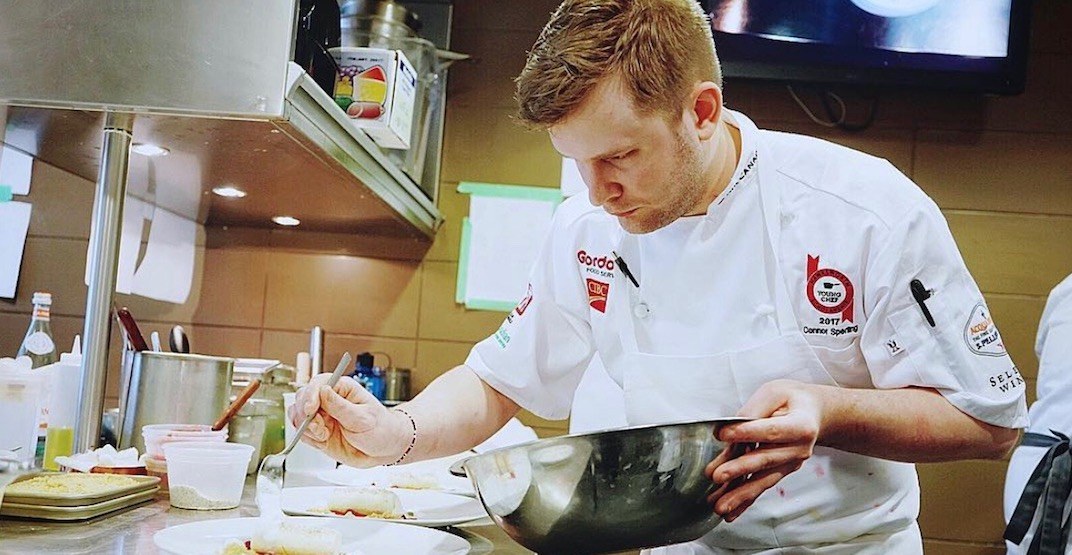 Connor Sperling in the heat of the competition (@hawksworthscholarship/Instagram)

A chef from Vancouver came out victorious this past weekend during the annual Hawksworth Young Chef Competition.

Connor Sperling, the Chef de Partie at Boulevard Kitchen & Oyster Bar in Vancouver, was the last chef standing at the 2017 competition, which went down on Saturday, October 14 at George Brown College in Toronto.

Sperling competed against seven other talented young Canadian chefs in this prestigious non-profit competition in a black box challenge, where participants were provided with a common pantry and seven secret ingredients in front of a live audience and expert judging panel.

After an intense day of going head-to-head with his competitors, Sperling was named 2017 Top Young Chef of Canada by the judges, and he received a cheque for $10,000 and a place at a top international restaurant.

Sperling follows in the footsteps of last year’s winner, Chef Alex Hon, who is also a Vancouver resident.