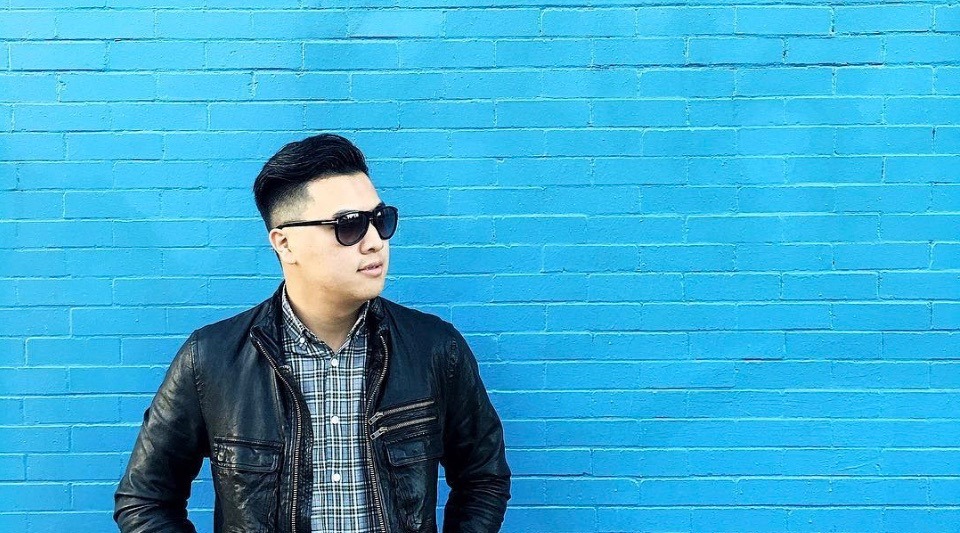 Forget about Spiderman, Vancouver has someone even better – someone who makes a mean crispy cheese fondue.

Alex Hon, Sous Chef at West Restaurant, is #YourFriendlyNeighbourhoodChef. Hon started using this hashtag to document his culinary adventures in Vancouver and abroad on social media, and the slogan has stuck with him ever since.

As a graduate of the Pacific Institute of Culinary Arts, this culinary talent is no stranger to competing in distinguished cooking competitions. The Sous Chef recently participated in the Hawksworth Young Chef Scholarship Competition, an annual national competition that pits 40 of Canada’s best culinary talents against each other. After making it through the regional run-off portion, Hon advanced to the final blackbox competition where he was judged by a panel of industry vets and ultimately took home the win.

Hon spent a great deal of time the months before the competition prepping, trying out techniques, and reading up on ingredients that could have potentially appeared the mysterious black box. As the winner of the Hawksworth Scholarship Competition Hon received $10,000 and a stage at a selected top international restaurant.

We wanted to hear more about the chef behind the stunning Instagram account, alexhon_, so Daily Hive asked him five questions via phone to get in the know.

Daily Hive: What was the most challenging part about the Hawksworth Young Chef Scholarship Competition you recently won?

Alex Hon: To be completely honest I think the hardest part for myself and the other competitors was execution – that was a really big stress before we even started the competition actually. To execute 100% of the dish and make sure everything was the way that the competitor intended it to be, that was difficult.”

What’s your favourite under-appreciated ingredient to work with?

I can’t narrow it down to just one thing, but I think I would say herbs. A lot of people don’t use them and for the most part they’re fairly inexpensive. For example, you can get a bunch of cilantro for under a dollar most of the time. When herbs are appropriately used in a dish you know they are there, but when they’re missing, sometimes you don’t know what that ‘one thing’ is. I think often enough it’s a herb of some sort.

What’s your all-time favourite kind of food to eat when you’re out in Vancouver?

Anywhere you go in Vancouver, whatever you feel like, there’s always going to be a style of cuisine that someone is executing to a super high level and you’re going to enjoy the experience. So whether it be Italian, Japanese, Southeast Asian, Indian, or whatever – there’s a place out there that’s killing it. You’re not going to be disappointed no matter what.

What’s the story behind the hashtag in your Instagram bio, #YourFriendlyNeighbourhoodChef?

I can’t remember when I first started using it, couldn’t go back that far. It’s something that I didn’t want to be pretentious; I wanted it to say a little bit about my personality. I wanted to be playful with it. Even though I take food very seriously, it’s still fun for me, so I wanted to portray that with the tag.

It’s a portfolio for myself. Social media as a whole – especially Instagram – is a tool that we as chefs can use to make ourselves better or to see what other people are up to. Thinking about photography and food in general, if it’s not appealing enough for an Instagram photo then it isn’t good enough for the guest either. As chefs we appreciate people thinking that something is so beautiful that they want to take a picture of it and share it with whoever’s on their network. It’s a compliment, despite what some people think.

You can try Hon’s winning entree – carrot butter-poached veal tenderloin, potato and celery root with Dungeness crab – this weekend at West. The dish will be on the restaurant’s feature menu for a limited time starting Friday, September 30, so be sure to make a reservation online.