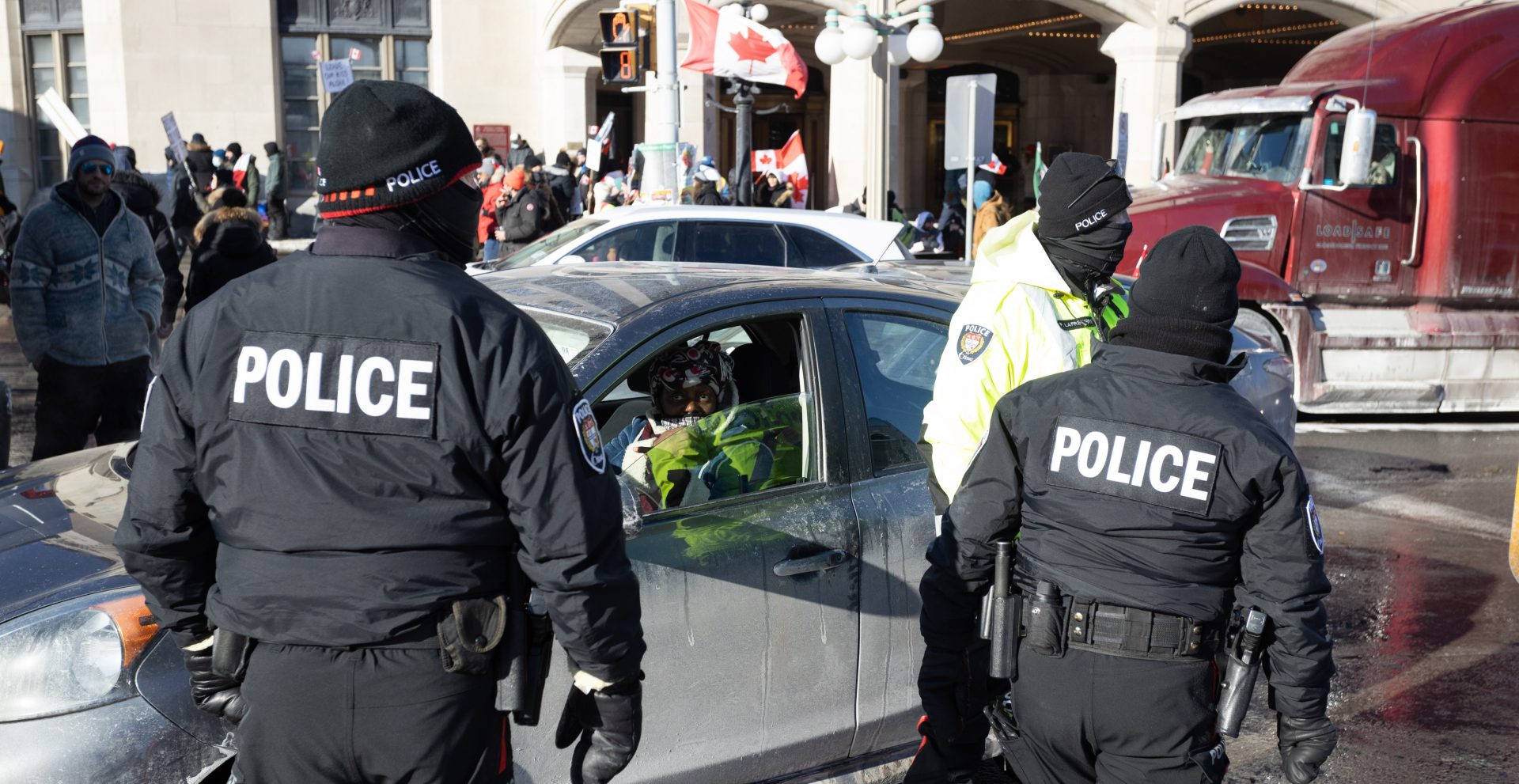 As protests in Ottawa continue, police say they’ve received more than 400 calls for service directly related to the “Freedom Convoy” demonstrations since they started.

“In total, over 50 criminal offences are being investigated—11 of those were hate crimes which resulted in charges against four people,” said Ottawa Police Service (OPS).

According to police, all available officers have been deployed and their detectives are “ensuring every report is investigated.”

The public can report hate crimes via a hotline, which has already received over 150 calls.

For life-threatening emergencies or a crime in progress – Call 911.

Ahead of more demonstrations on Saturday, February 5, OPS said they would use a “surge and contain” strategy in the capital’s downtown neighbourhoods over the weekend to “further protect neighbourhoods, restore order, and prevent unlawful activity.”

@ottawapolice and its partners are implementing a surge and contain strategy in #Ottawa’s downtown neighbourhoods to further protect neighbourhoods, restore order and prevent unlawful activity. https://t.co/KLLTxBtxVU /1

In earlier “Freedom Convoy” demonstrations, some people used hate symbols like the Confederate flag and the Nazi flag.